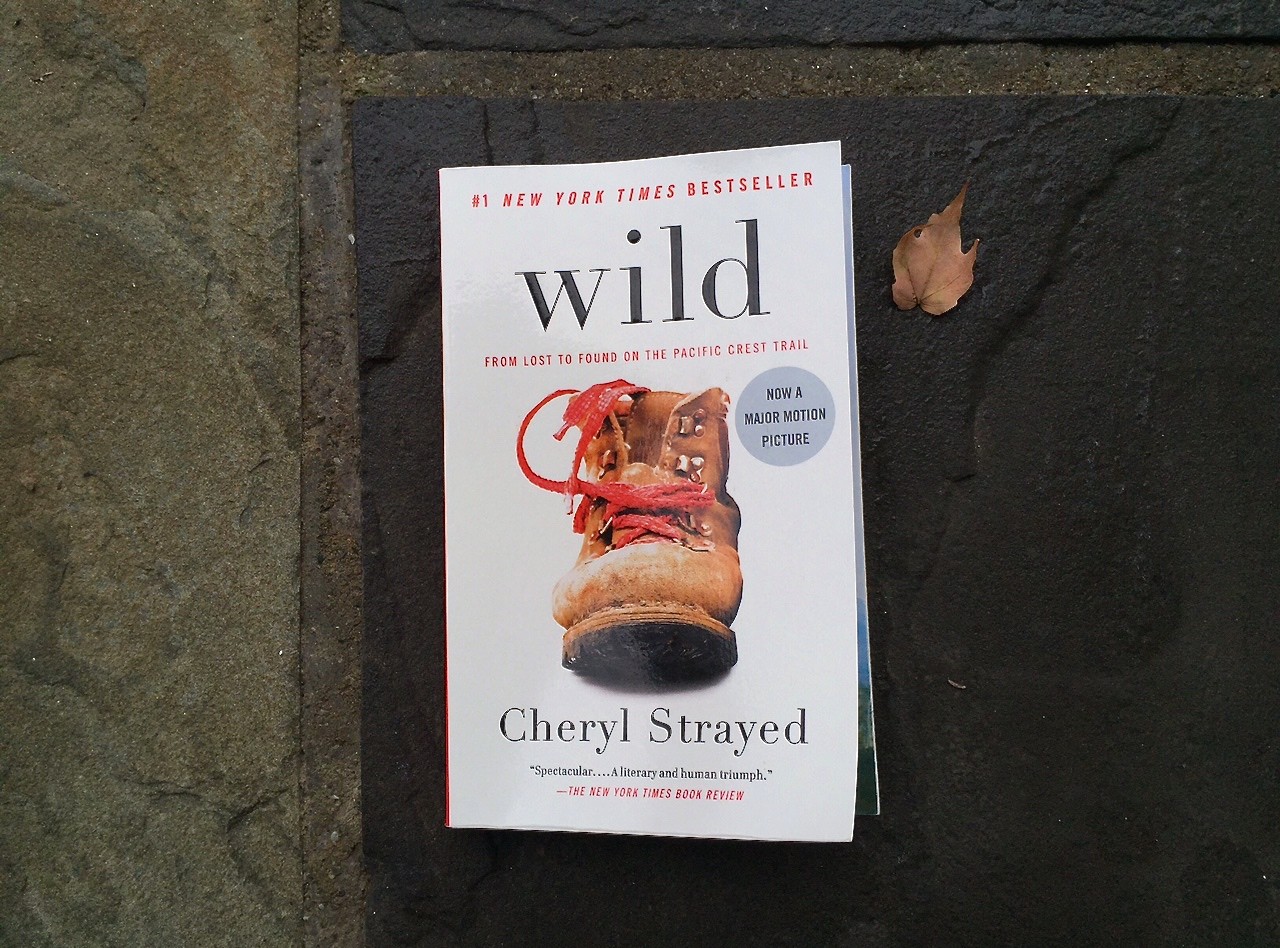 Cheryl Strayed’s memoir, now also a movie starring Reese Witherspoon, is a riveting read. In 1995, at age 26, Strayed hiked eleven hundred miles of the Pacific Crest Trail—alone. She’d never backpacked before, not even a practice run. Her pack was so heavy she could lift it only by scrambling up from hands and knees with it strapped already to her back. Her feet blistered and bruised and bled and shed toenails. She encountered bears and rattlesnakes, crossed rock slides and icy snow pack and sauna-grade desert, and met occasional people, a few truly menacing but most of them startlingly kind, in a long-lost-best-friend manner—the deep camaraderie of extreme backpackers on this trail.

For some reason—maybe having to do with the cover, or the movie PR, or REI’s promotion of those particular red-laced hiking boots—I’d assumed Wild was too mass-market-ish to be well written. Not so. The writing is evocative and close. It does the very best thing: puts you right there inside Strayed’s experience in the most vivid way—how it felt. Painful and hair-raising and sometimes joyful. She’s sensual and provocative. At times, the harsh physicality will make you cringe from the page. (And fair warning to horse lovers: there’s one scene so brutal that it pretty much demolished me as I read, and even now, having presumably recovered, I feel myself shying away from the thought of it.)

The adventure story, of course, makes for the ultimate page-turningly suspenseful narrative, through which Strayed weaves the back-story of her life. At the forefront, the profound grief of losing her young mother to cancer. Then followed by the disintegration of her family (step-father and siblings, with her abusive father having been cut from her life years before), and the crumbling of her marriage; her involvement with the wrong guys, her use of heroin, her resolve to hit the reset button on all this, to battle her way through the river of pain and come out with the stronger, vibrant version of herself she knew was there.

You get the sense that nothing short of this trek could have achieved that for her. The hunger and deprivation (she’s almost broke, on top of all else) and physical agony; the primal self-preservation, wherein almost every single decision is about staying alive and unharmed. And still through all this comes the brilliant beauty of the land, and of certain human connections, those things that ground us—and her, in the end—to what’s worthwhile.