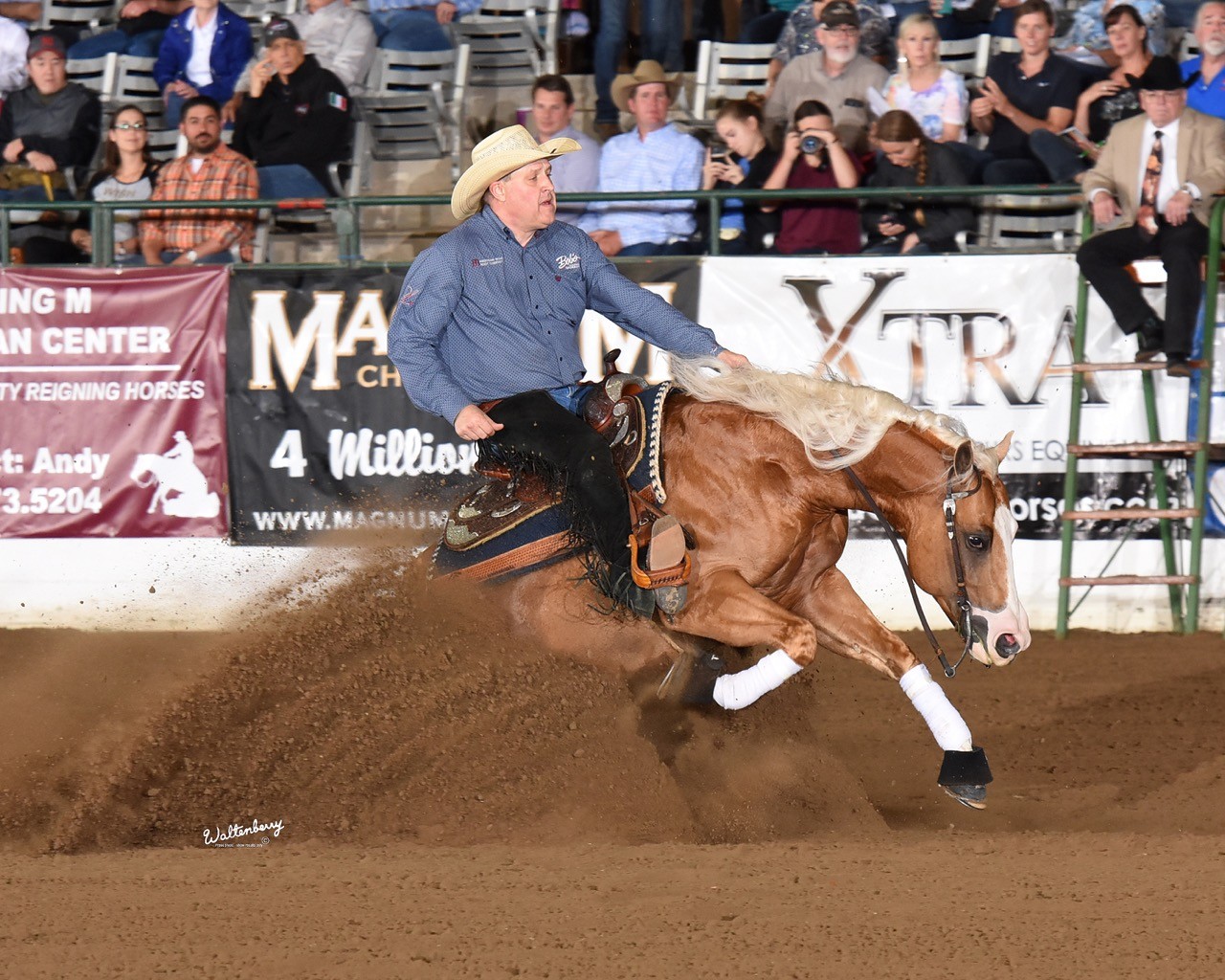 This handsome palomino stallion, Modern Gun, just became the pride of our breeding program; he won the Open Championship at the National Reining Breeders Classic, the sport’s most elite annual show. His thrilling run with Duane Latimer brought the crowd to their feet—hollering, as those reiner spectators do—and the video’s been viewed over 125,000 times on social media.

It’s a horse breeder’s dream, seeing a foal grow up to perform like this. Duane and “Mickey” delivered, at the top Reining Derby in the world. (I’m still slightly stunned, as this fact sinks in. For a jumper-world comparison, this is like winning the Grand Prix of Aachen!) They won by 2.5 points, a wide margin in reining, and their skill and style seem to have captured the imagination of a lot of fans.

Most importantly for our Turnabout Farm breeding program, “Mickey” is sired by Gunners Special Nite, our stallion who won double gold at the 2010 World Equestrian Games with Tom McCutcheon. Gunners Special Nite and Modern Gun ran the same pattern for their big wins, and there are striking similarities between the two performances: athleticism, effortlessness, willingness; both horses went start to finish on a loose rein—the ideal of the sport, which is incredibly hard to achieve.

Duane, a Two Million Dollar rider, said this was one of the most fun runs he’s ever had. Tom described it as one of the best runs he’s ever seen. Which is what many veterans of the sport said about Tom’s gold-medal run with Mickey’s daddy. In contrast to the theatrical, edge-of-control riding that sometimes gets unduly rewarded, these runs are pure. Smooth and precise with a high degree of difficulty is the goal—meaning fast maneuvers, big slides, a relaxed horse, and a loose rein. (Think about that once more: doing all these things without pulling on the reins!) To my mind, Tom’s run at the Games set the bar in these qualities.

(And a clarification for non-reiner readers—Reining Derbies are for four- to six-year-old horses and are the signature event of the year-round sport. The World Equestrian Games, which happens every four years, is the top international event, with no upper restriction on horses’ age.)

Here are those two spectacular runs:

“Mickey” was one of my favorite foals—about as adorable as a colt could be, and out of our wonderful mare Taris Modern Design. She died a few years ago, and he was one of her last foals. 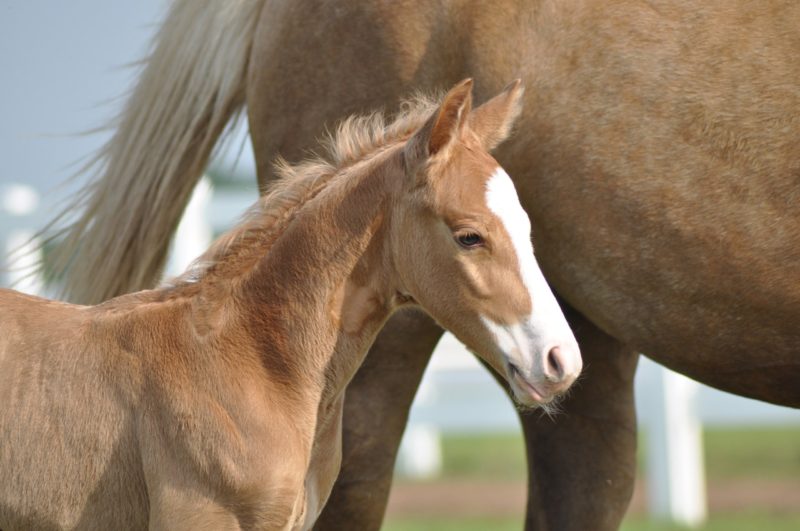 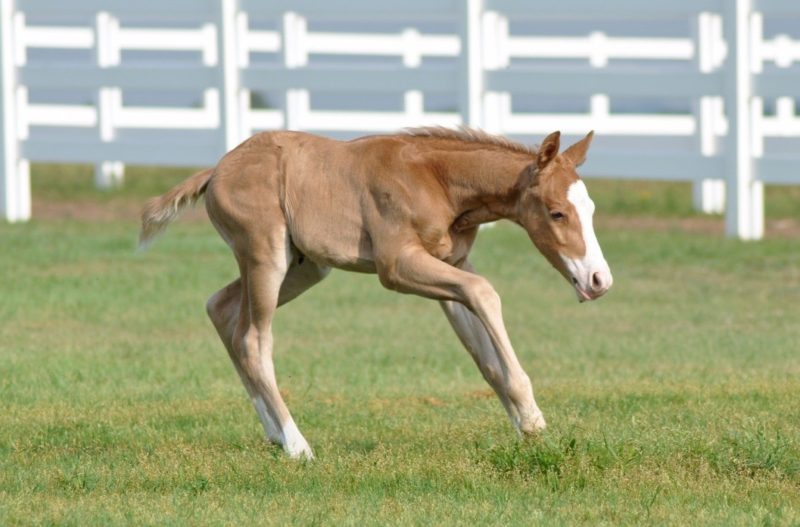 Now, let me just pause here and say it’s been years of hard work and investment and a whole lot of caring, dreaming and thinking hard about our mares and our plans. I’ve ridden and shown most of the mares in our program. It takes a team of people to raise and train and promote the horses; when we sell them, we do all we can to get them into the best hands. And so the feeling of this kind of success is amplified by all those personal connections—to the mares, the foals, our stallion; to the people on our team and the people who buy our horses. Which is all to say, it’s one thing to buy a horse and watch it win, but the experience as a breeder is a whole other level of pride and gratitude.

Here are the Turnabout-bred finalists: 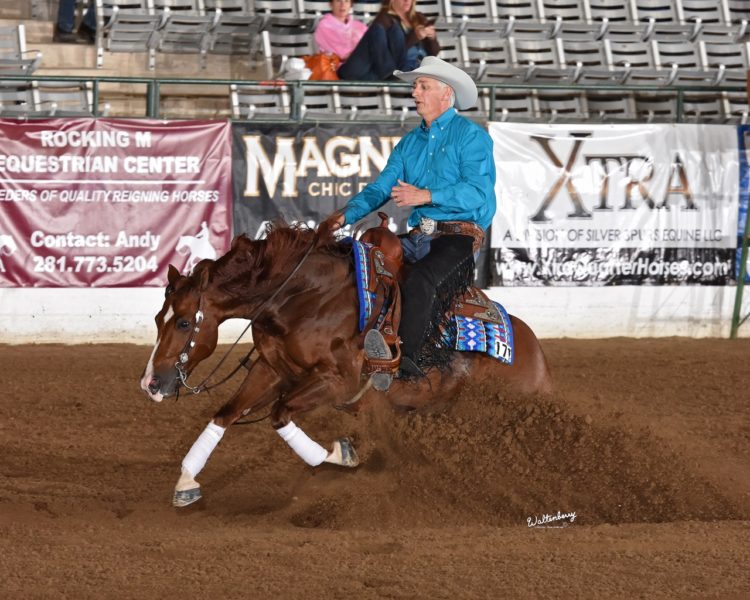 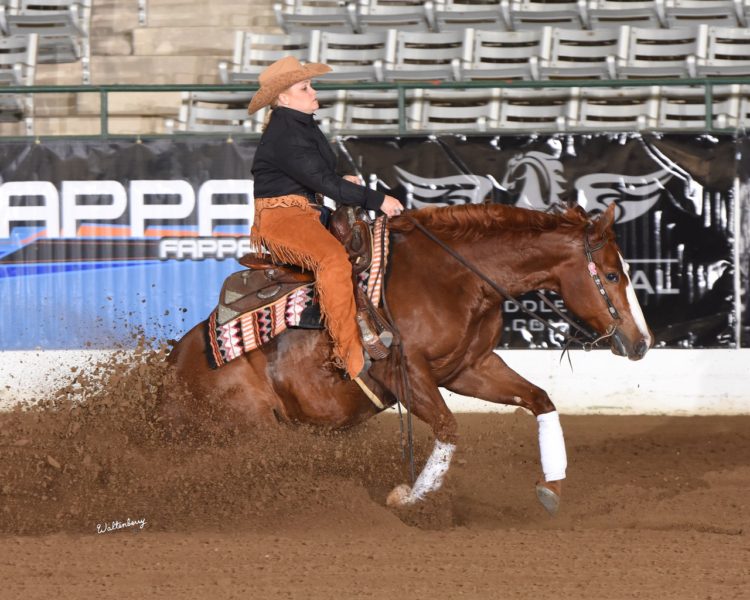 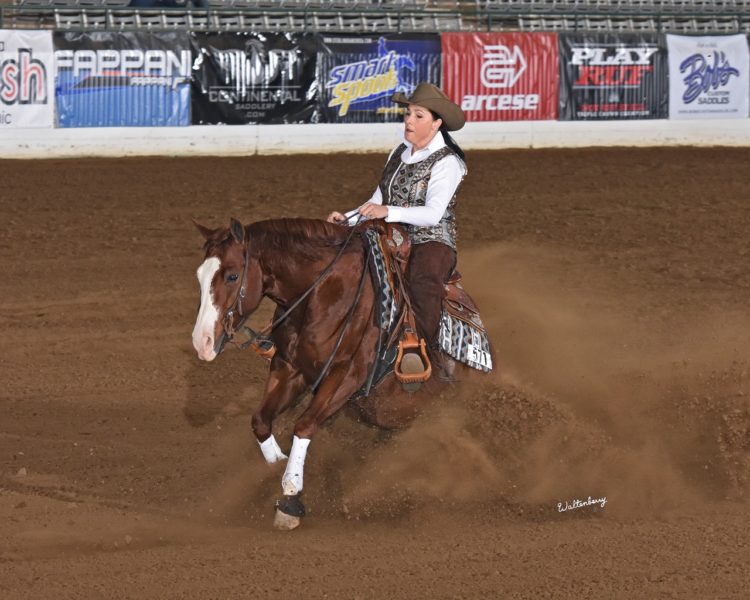 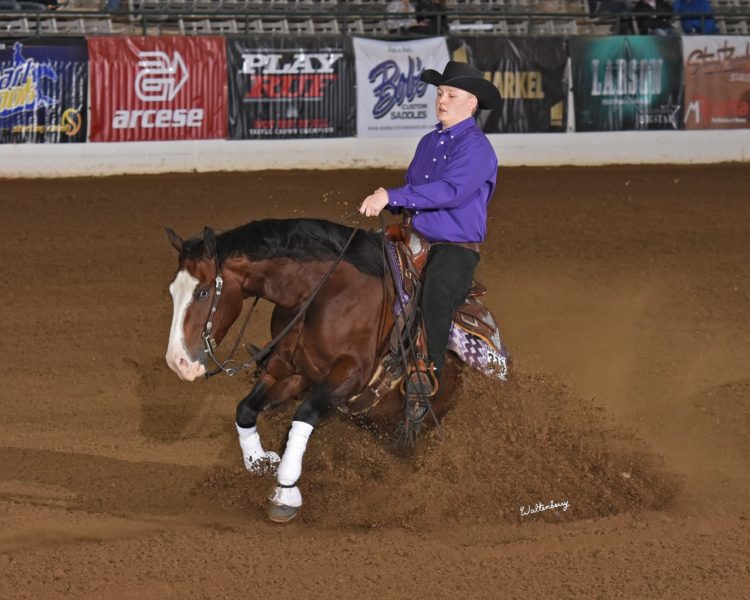 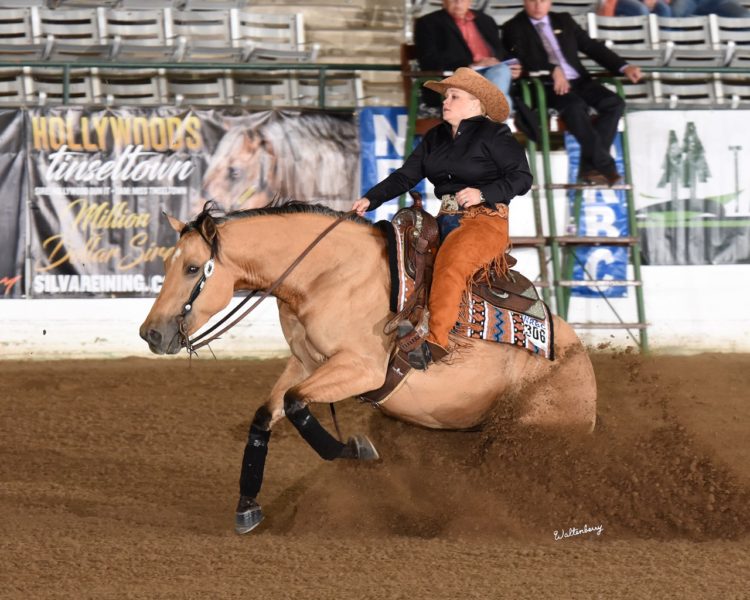 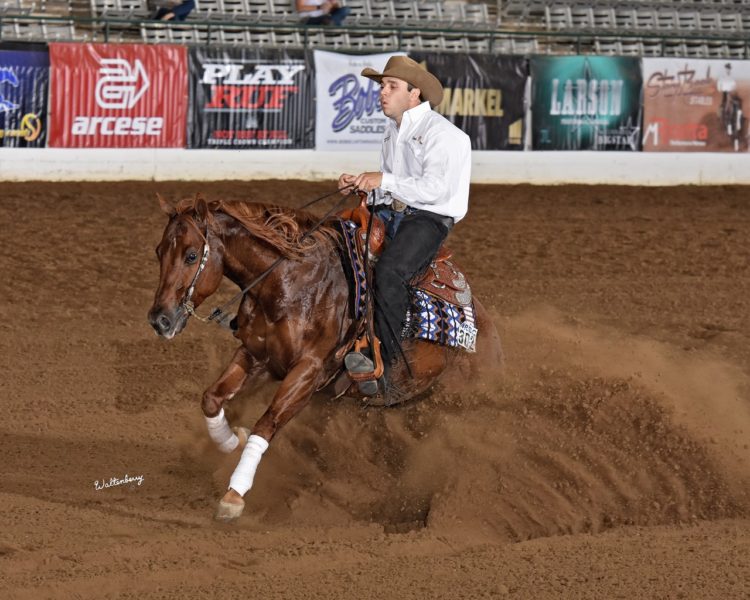 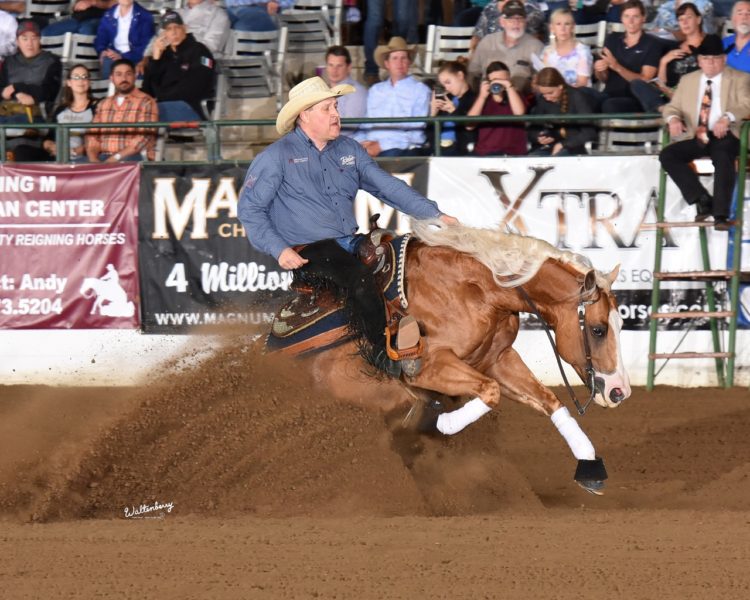 Modern Gun is a five-year-old AQHA stallion, trained since his two-year-old year by Duane Latimer; sold by Turnabout Farm to current owner MS stables in 2016.