Easter on an L.A. Rooftop 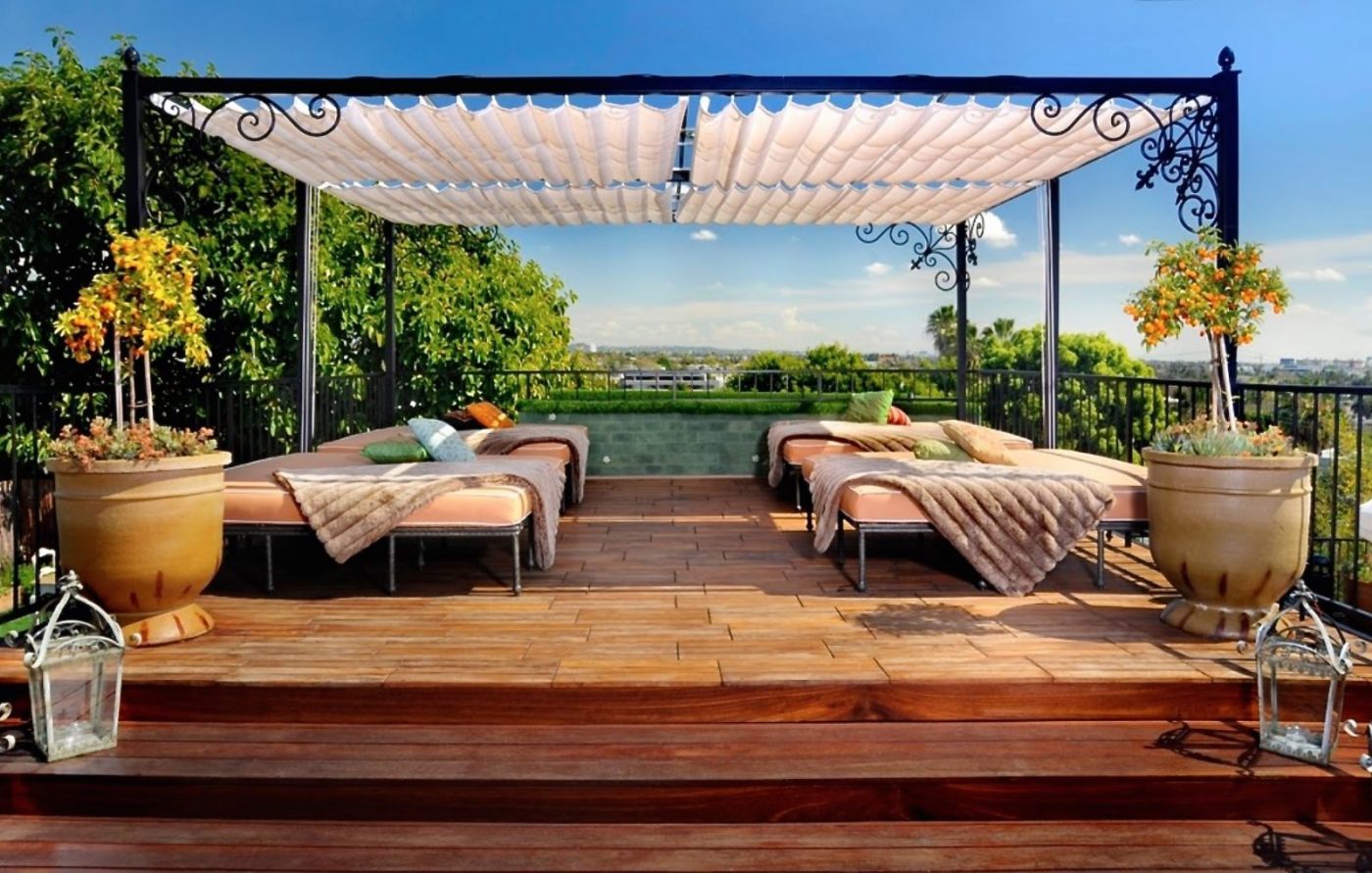 My husband and I were in town for a wedding and stayed here (it’s a private hotel; only authorized guests of guests make it past the front desk) on a friend’s recommendation. We arrived late and went straight to the roof for a midnight snack in the bar: fried chicken, crisp salad, hot falafel and a tall pitcher of lemon water. The banging and scraping we’d heard from our room turned out to be guys moving furniture for tomorrow’s Easter pool party. The staff were doing those late-night chores that are generally unfun—eg., cleaning the ketchup dispenser—but they were all in just amazingly good moods. They were so nice to each other, and to us.

Our room smelled faintly of damp, and the gas fireplace emitted no more than a dull glow (and also, as we found the next evening, conveyed the canned-sounding voices and laughter faintly down to us from the bar above). A little fence separated the bed from the sunken living room. All these oddball things; as if we’d fallen down the rabbit hole, exhausted from travel and time change.

Then that Easter pool party, which was something from another planet. After a delicious California-ish breakfast involving avocado and cripsy potatoes and spiced teas, we staked out a sort of chaise/double-bed by the pool, in the shade of a fringed umbrella. And we stayed there all day, dozing in the breeze and watching the scene unfold. First, a gaggle of farm animals (sheep, goats, ducks, a turtle) were herded off the elevator and into the bar. People roamed around in top hats and laurel-leaf crowns, pastel blazers, lace dresses, macramé bikinis, bright sunglasses and psychedelic prints, spritzing oil or twirling parasols. There was a guy in a linen poncho. There was a haphazard croquet game in the astroturfed corner. A four-piece band played a hybrid of old-time jazz and folk: vocal harmonies over dobro guitar, mandolin, accordion and upright bass, laced with lazy clarinet melodies. A bubble machine sent its stream of rainbow-tinged bubbles drifting over us, and out toward the distant skyscrapers of downtown LA.

We ordered cocktails called Blood Magic and Indian Summer, involving cucumber, grapefruit and lime, fresno chile, ginger, agave, mezcal, and salt. One called a Mirage arrived with a smoking sprig of sage on its rim, smelling of incense. Around lunchtime, we ate truffle fries and deviled eggs and kale salad. A group of kids hunted for golden easter eggs, a few of which were tucked into the tangerine tree beside us.

We got the best of the day up there, in hazy dreamland, then showered and dressed for the party we’d flown all this way for: the wedding of a dear friend. 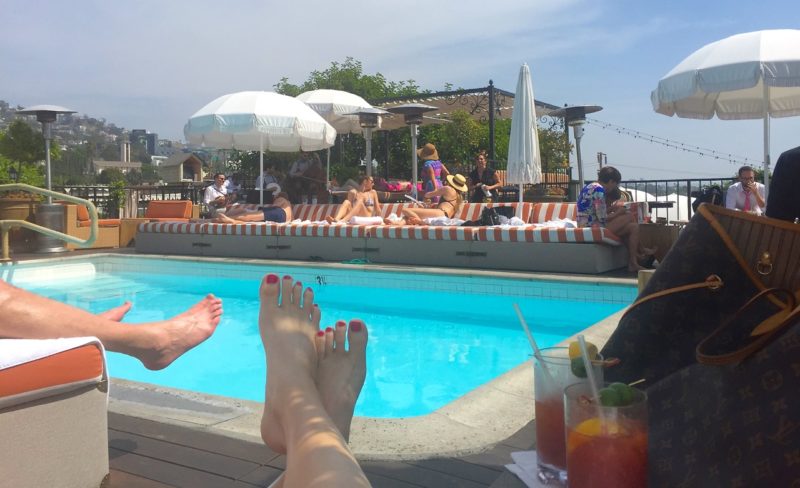 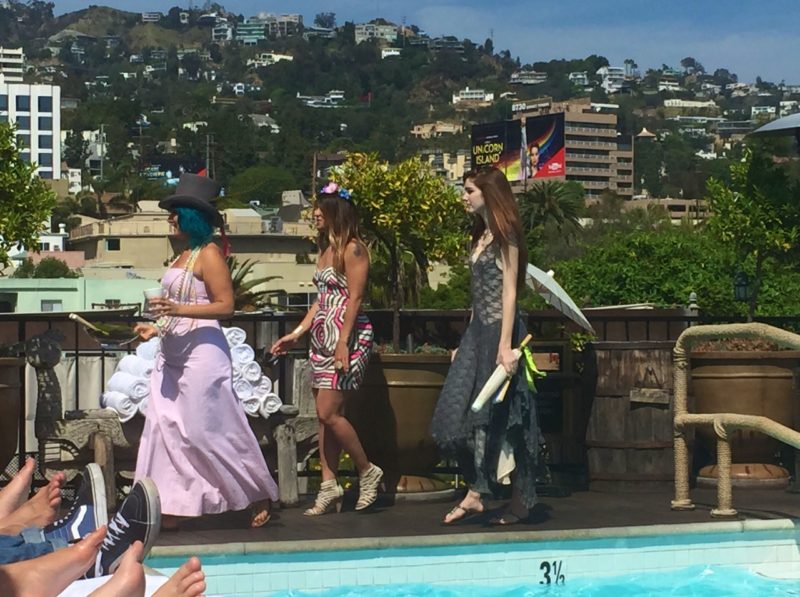 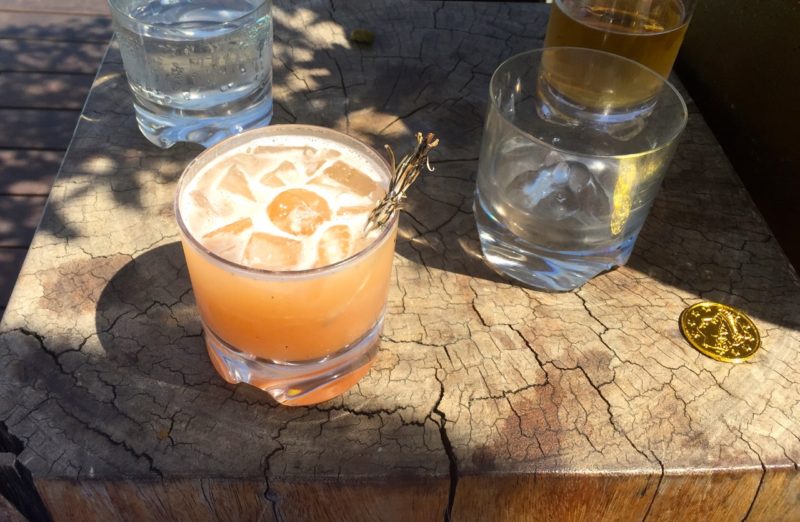 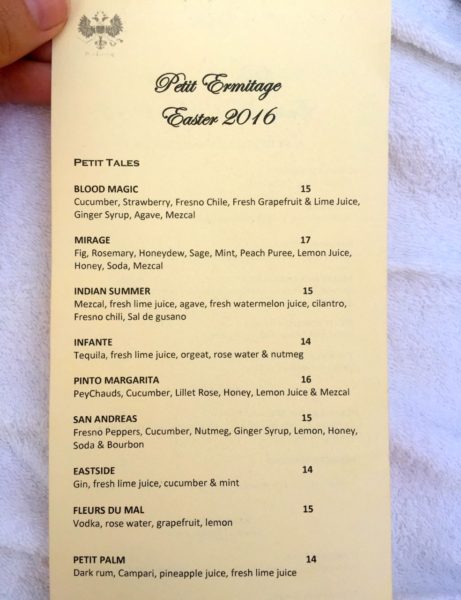 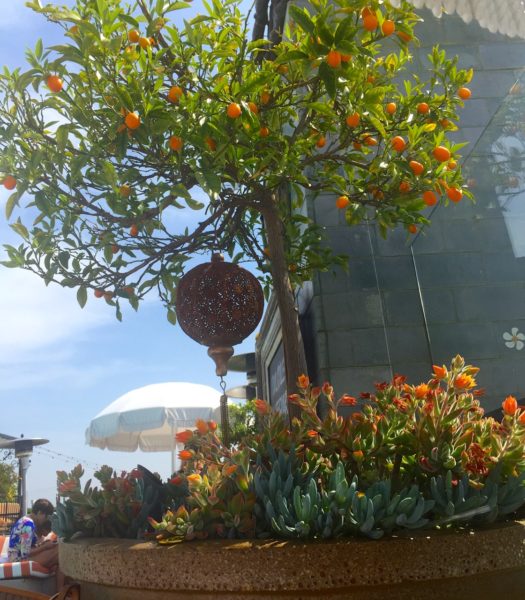 Views of the garden and restaurant/bar: 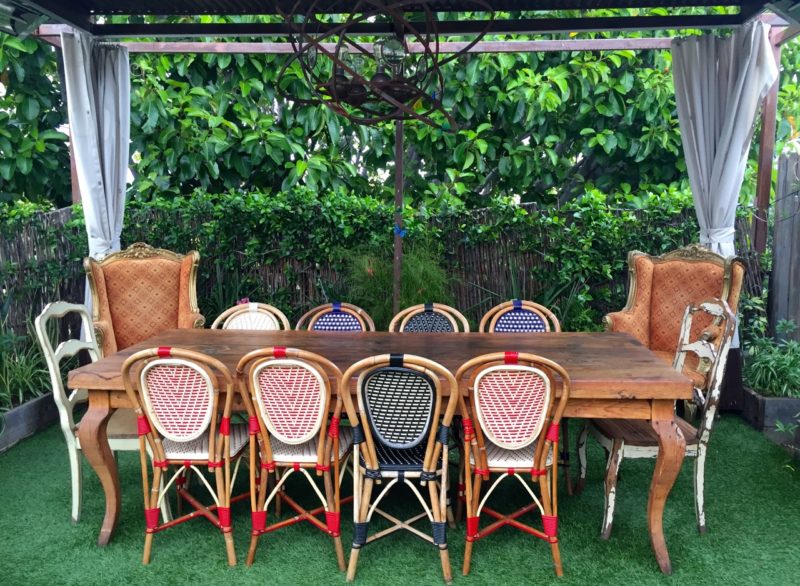 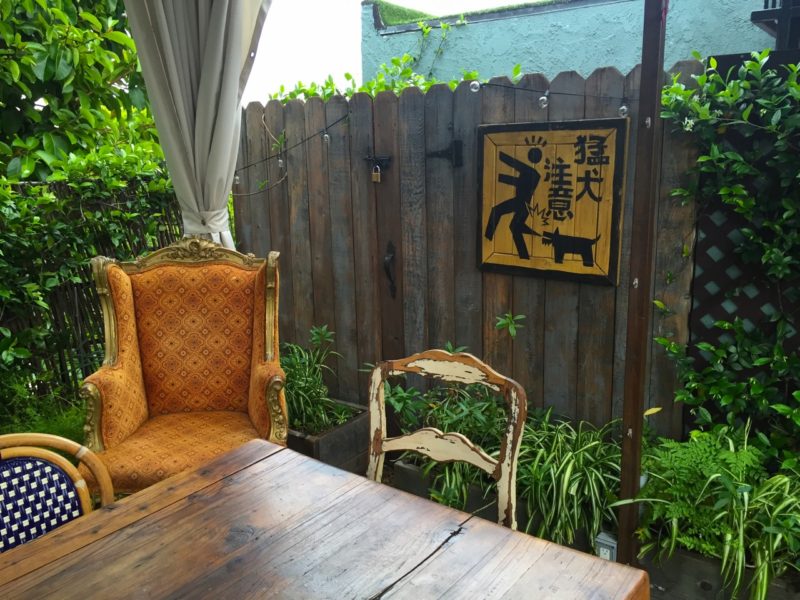 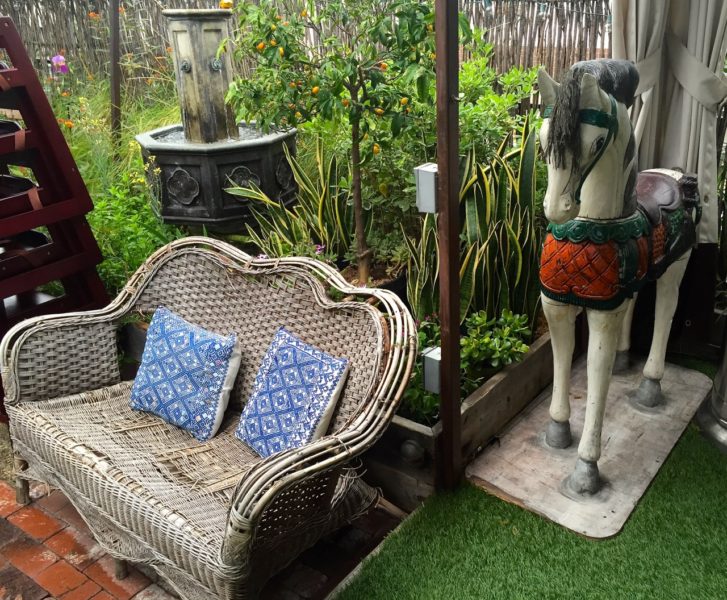 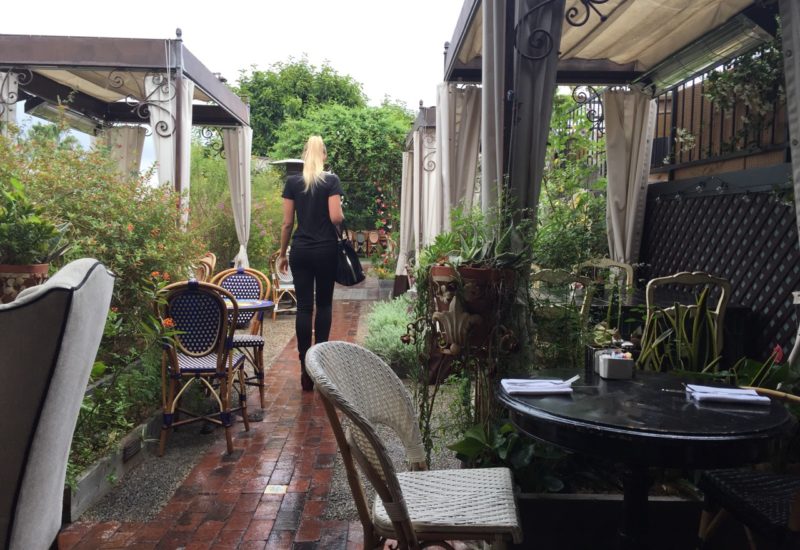 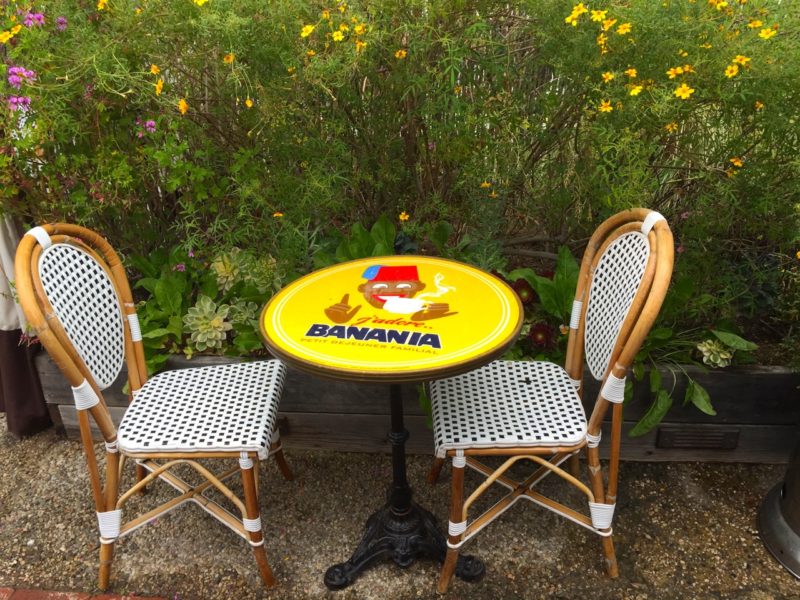 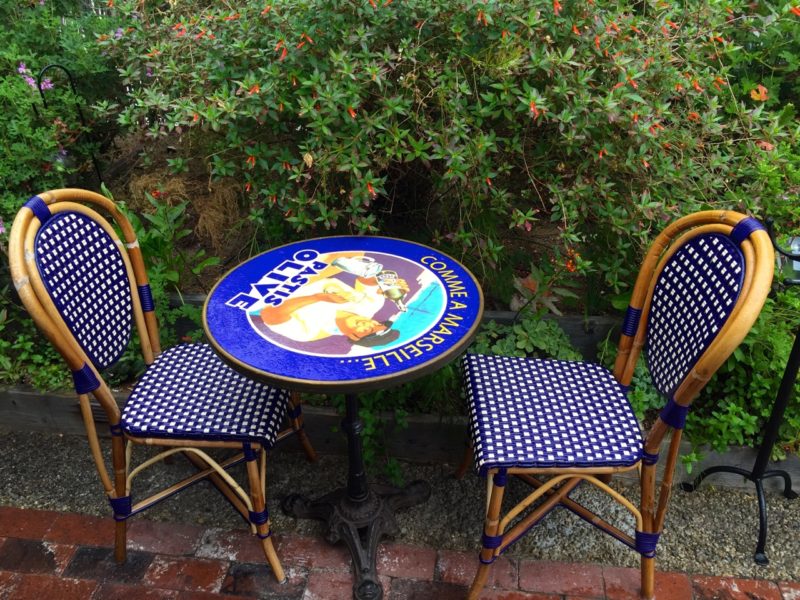 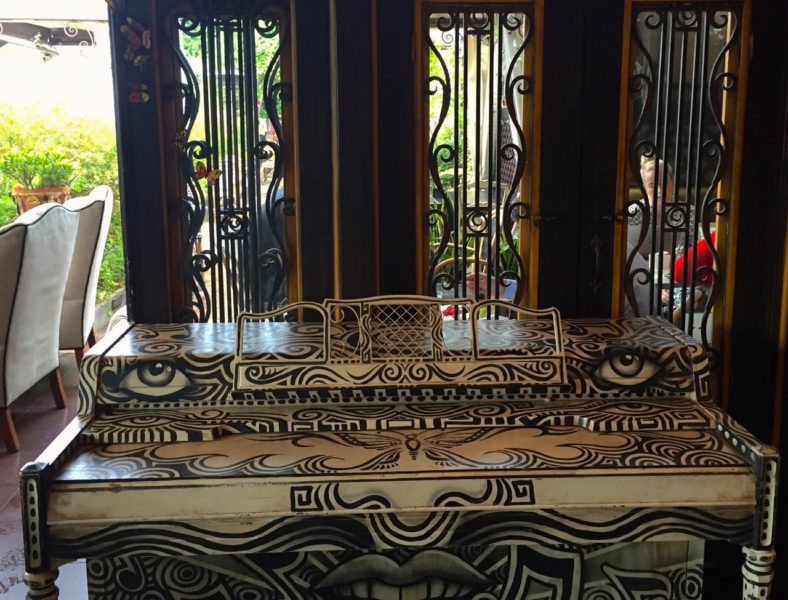 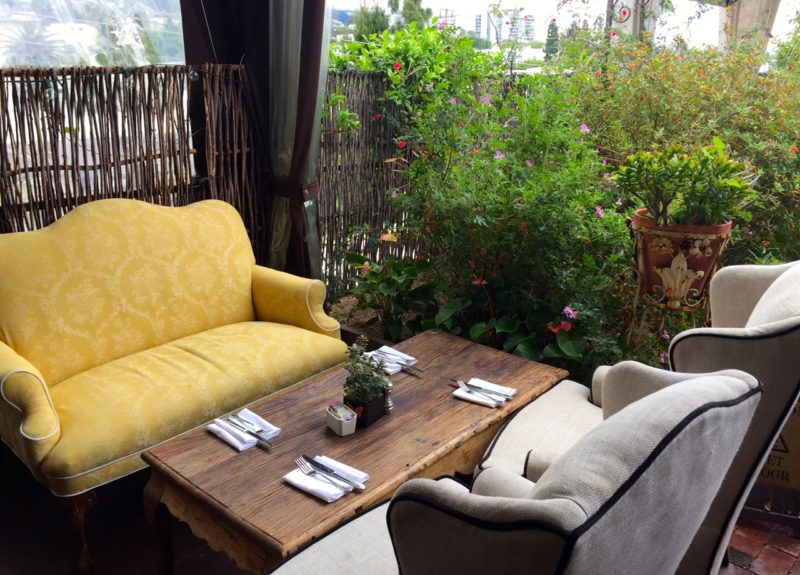 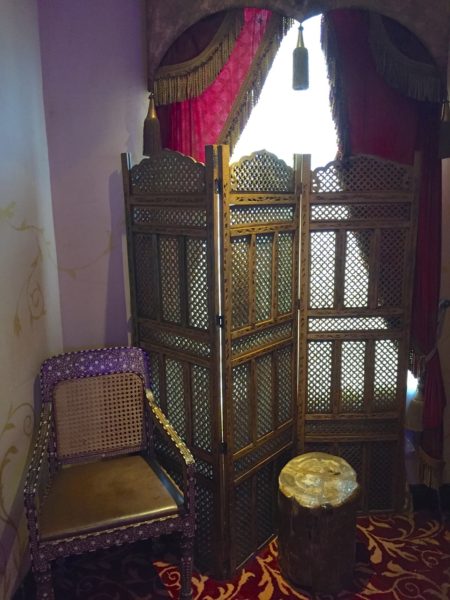 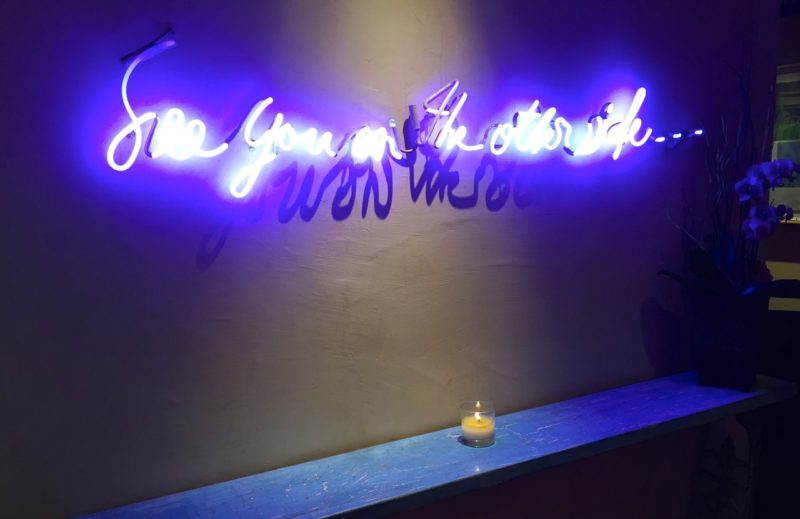 “See you on the other side” 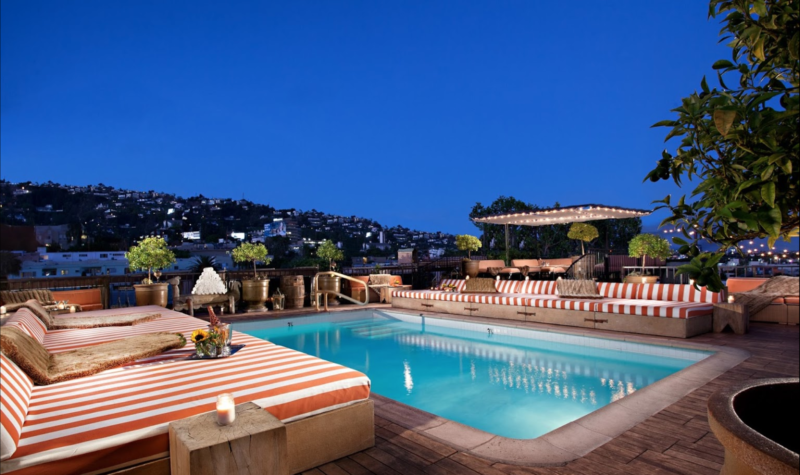 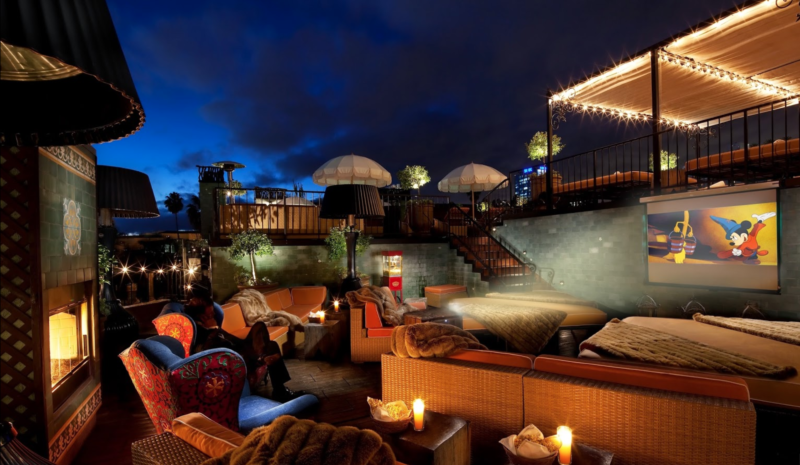 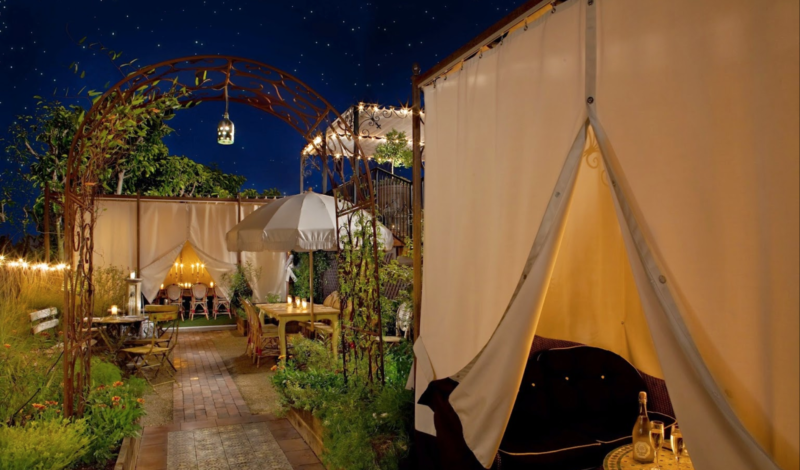