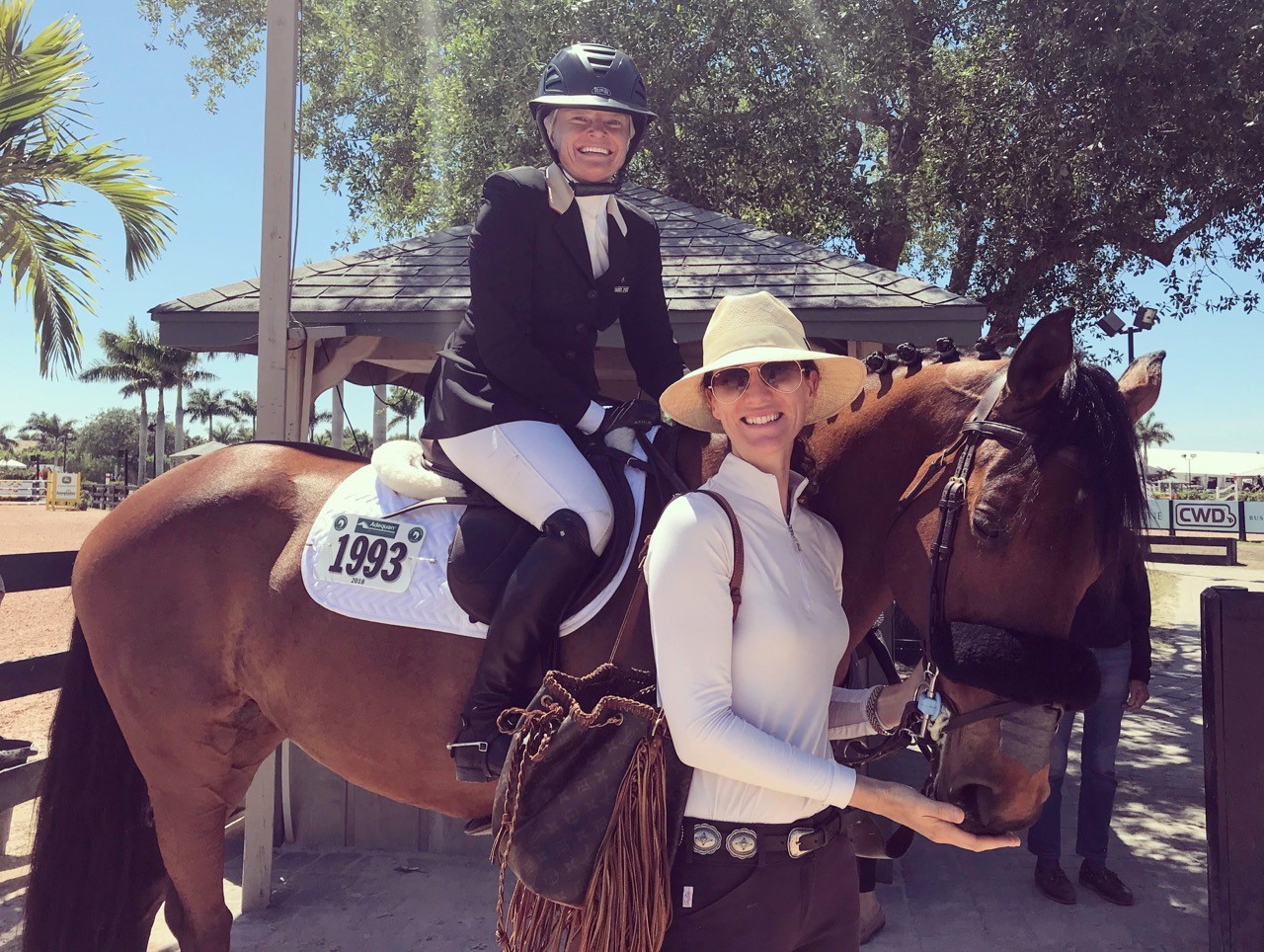 This week was a milestone for the oldest offspring of my mare Labelle. She was a star jumper for me many years ago—fast, brave, ultra-careful at the fences; a fiery little horse with impeccable technique and style—and I started breeding her when she retired from showing. Her first foal, Flyboy, resembles her uncannily, but with more brawn. He’s a charmer, with his bright expression and big dreamy forelock. The feeling on his back is of tightly coiled power. I fell in love with him the moment he arrived at our farm at age five, fresh off his flight from Germany, where he was born and spent his early years.

His journey has been somewhat winding. He has the spunk a little horse needs in order to jump big fences, combined with a sensitive sweetness, a need to really trust and connect with his people. It took some time to find his ideal rider. But we did find her: my friend Erynn Ballard, who was with me on the European horse-trying excursion when we found Labelle as a brilliant six-year-old in Holland. And here we are seventeen years later… Erynn’s as in love with this little horse as I am.

Flyboy spent last summer showing in Canada with Erynn, preparing for the young-horse finals for seven-year-olds. A week before the championship, he got cast—or stuck—while rolling in his stall at the show. His hind legs punched through the wood door; he panicked. Miraculously, a vet was right there. She leaped over the stall partition with a syringe of tranquilizer in her teeth, sat on him and sedated him, while the head of the stabling crew, who was also miraculously nearby, quickly worked the door off its hinges and freed him. We’re lucky—it could have been much, much worse. But his legs were badly cut, and he required a serious hospital stay and wound-tending regimen. Of course he charmed every vet and clinic employee he met, and I think Erynn’s right—this is largely why he never got depressed. He healed amazingly well and barely lost any body condition.

He started back jumping early this year, and back to showing only a few weeks ago. But he caught up quickly. This week, Erynn felt he was ready to move up. He entered his first 1.40 meter class on Friday—a substantial level of jumping, plenty big enough for any eight-year-old this time of year—and in front of his family of people, on a blazing-sunny Florida afternoon, he jumped a beautiful clear round.

It was a magical moment at the out-gate, Erynn and I both overcome with joy and relief and pride, all of Flyboy’s people fawning over him, and even strangers stopping to compliment him and offer to take our picture. He was relaxed and clearly pleased. Erynn said it all felt easy for him.

Ah, this horse! I’ve been through so much with him and believed in him, over many years. I am profoundly grateful to all the people who’ve helped him. To see him do so well is the most wonderful feeling: elation, plus love. 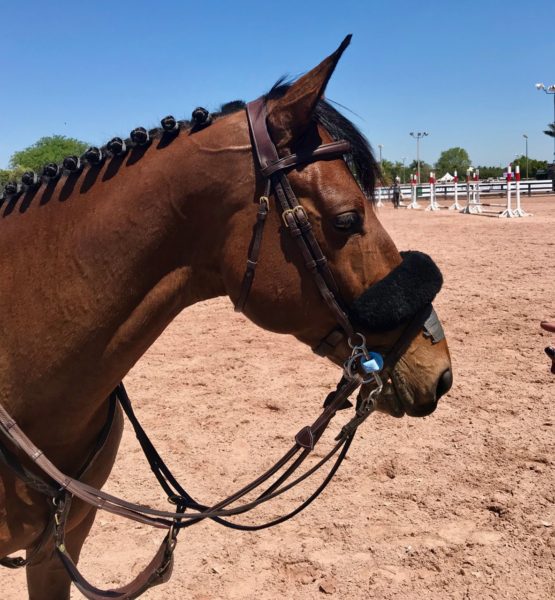 Handsome Flyboy after jumping his clear round 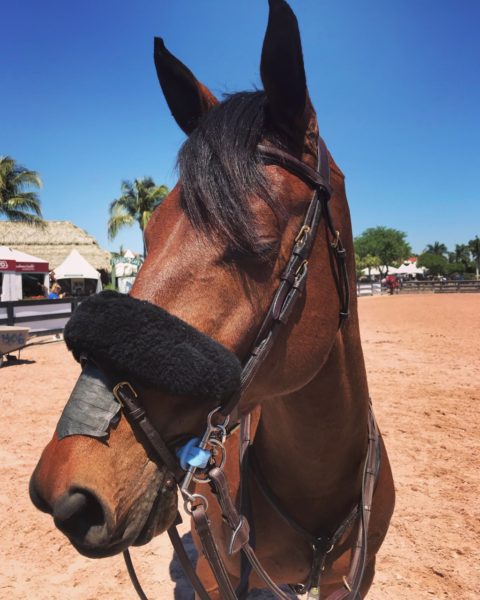 Such a proud guy

Flyboy’s portrait by Philippa Davin hangs in our barn lounge in Florida: 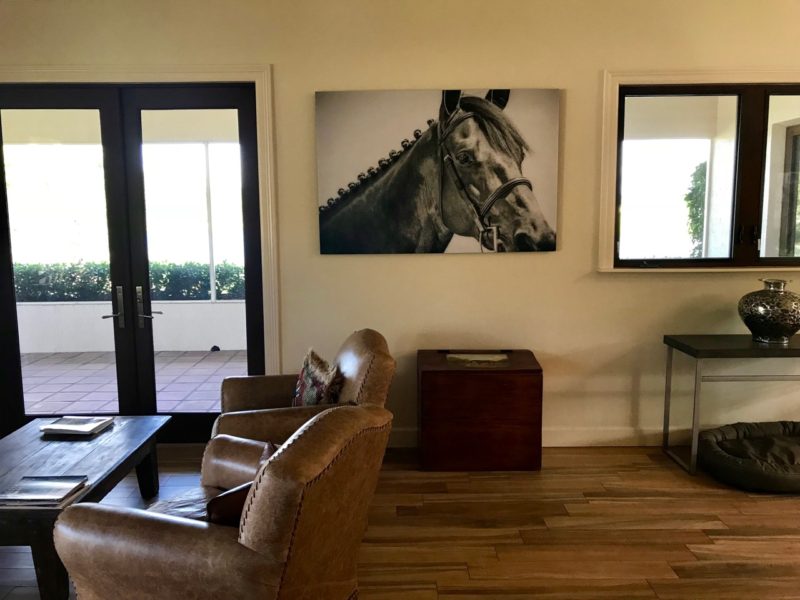 Here he is fresh off the plane from Germany, as five-year-old: 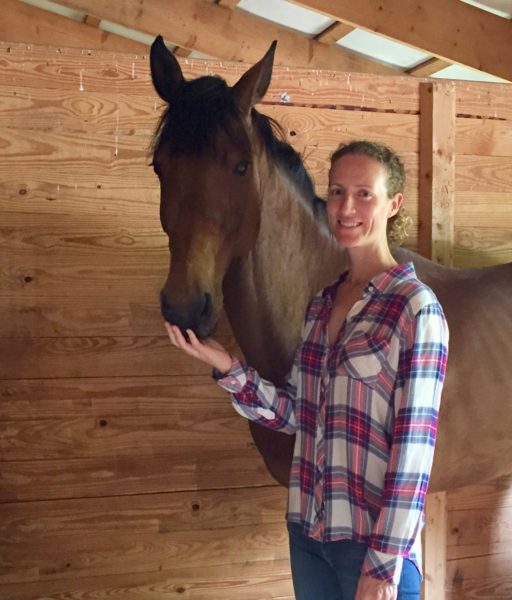 Fun Fact: I chose Flyboy’s sire, Emilion, because of his famous son Glasgow, one of the all-time great Grand Prix jumpers, shown by Norman Dello Joio—and in later years by my husband, Philip, in the Amateur Jumpers. But Philip and I weren’t together yet when I bred Labelle to Emilion. I had no idea Labelle’s colt and Glasgow would eventually meet. Now Glasgow is retired at our farm in Connecticut. Here are the two brothers, one old, one young, talking over the fence that first spring: 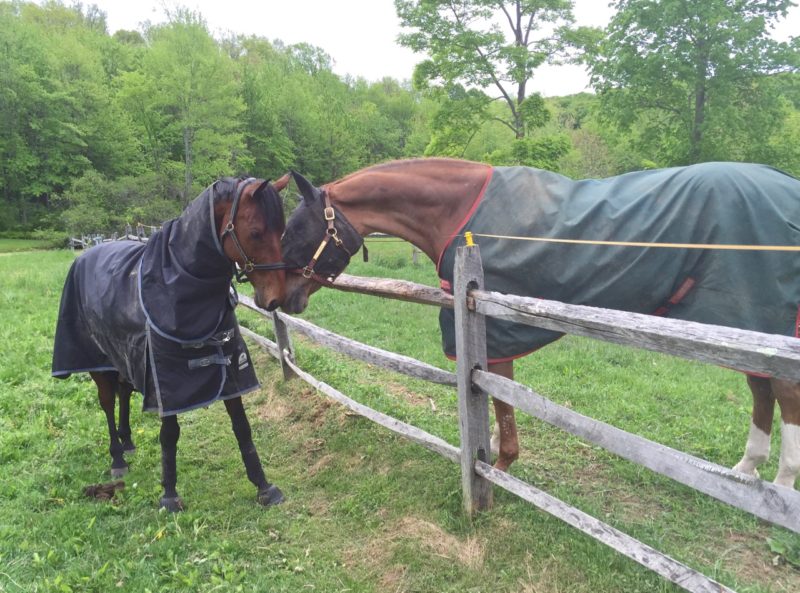 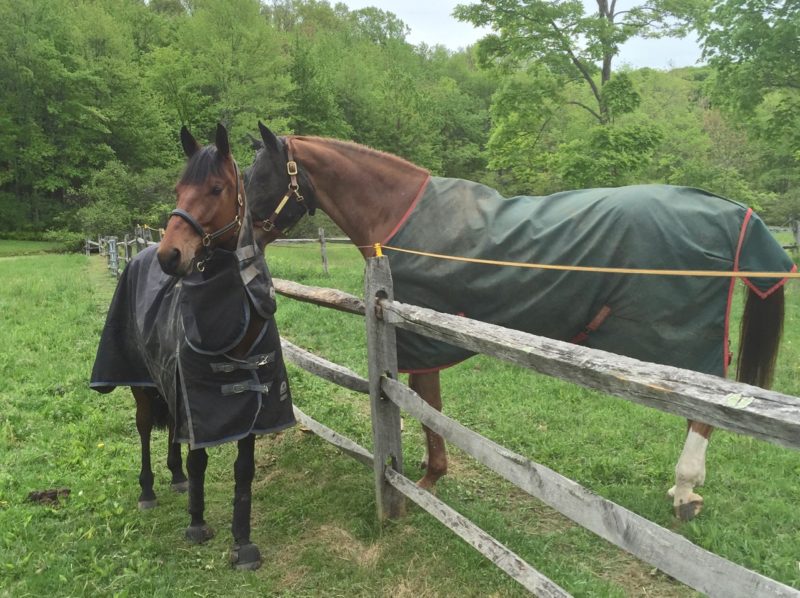 Thank you, Paige Manning, for your superhero leap into Flyboy’s stall that day and to Chris Rintoul for working so quickly to dismantle the door; to the teams at University of Guelph, Manning Equine, and Looking Back Farm for helping him through his injuries; and to Erynn Ballard and Courtney Basco for riding him, bringing him back to peak form, and caring for him always so well. I am forever grateful to you all. 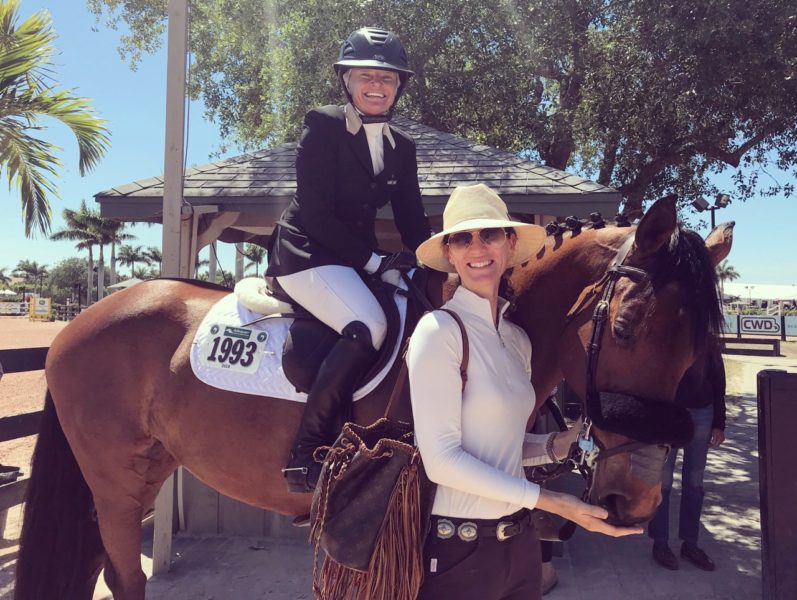 Flyboy, Erynn, and me

Labelle and me in 2001, winning our first Grand Prix together

From a visit to my mares in France two years ago (Labelle is on the right): 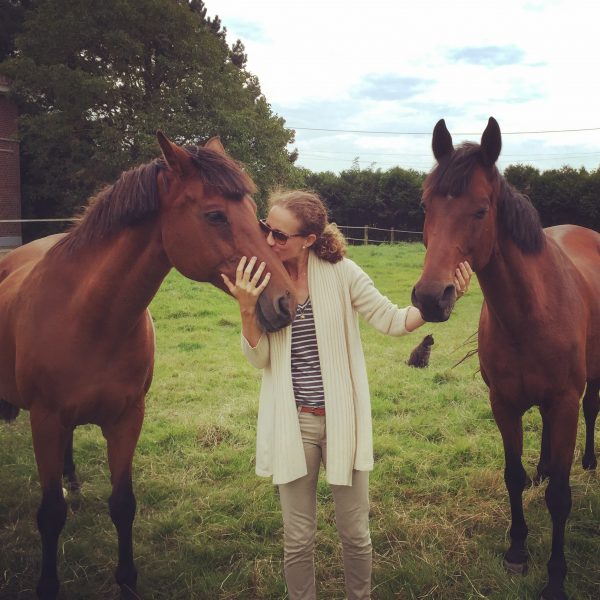 Exploring the wild frontiers of Colorado 💪🏻

Another gem from the old days (poor, tolerant kitt

“You hold in your hand an invitation: To remembe

My mother found this old picture: a very pensive w