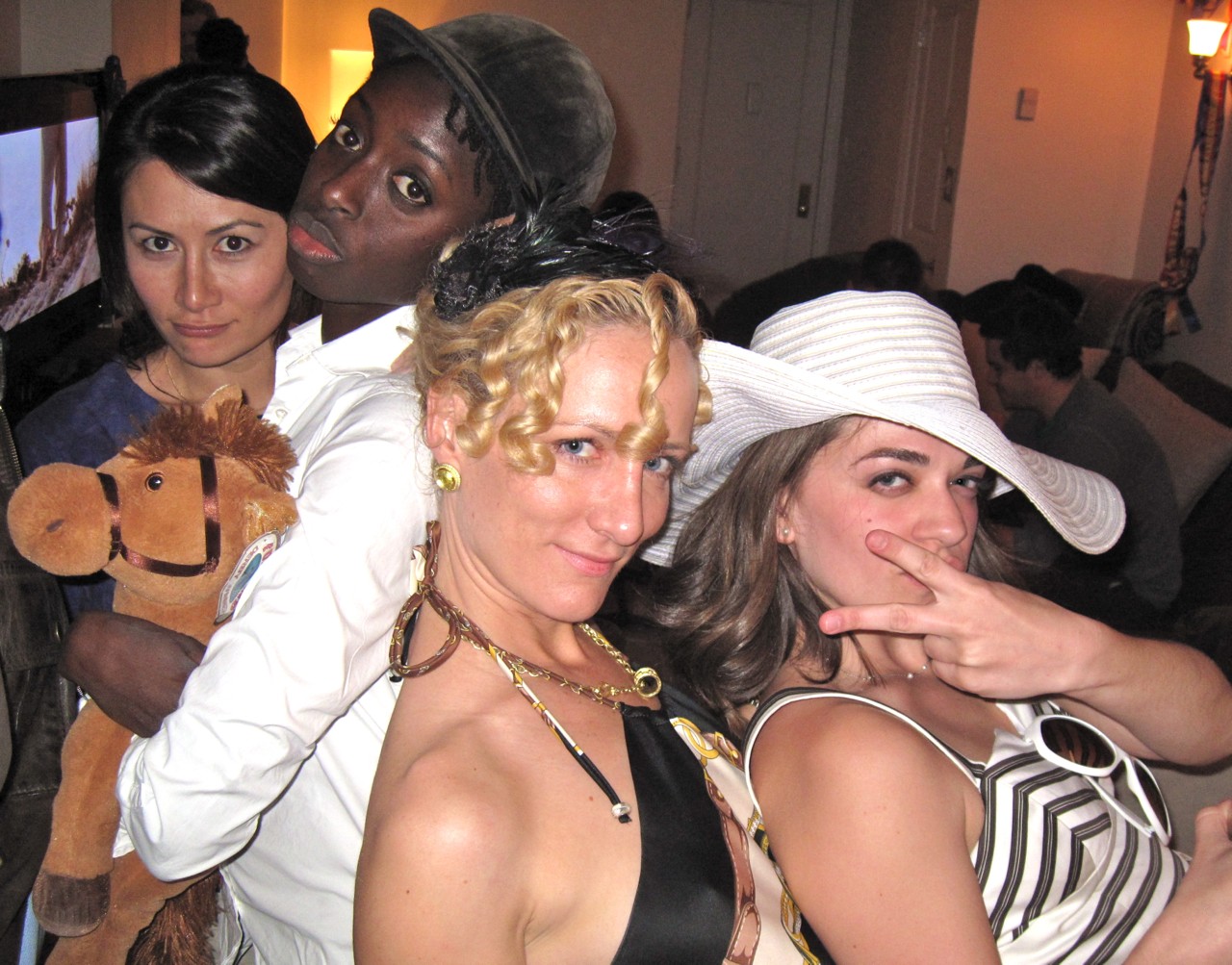 Going through old photos, I found this gem from a “Horsey” party I had a few years ago in New York. The occasion-slash-excuse was our stallion, Gunners Special Nite, winning the World Equestrian Games. If I decided someone wasn’t in horsey enough attire, I made them put on a ribbon or helmet. Given this choice, many went for the helmet. (Amazing! Me: “You want a ribbon or a helmet?” Guest: “Oooh, I’ll take the helmet.”) Writers love theme parties—or at least these writers do. Naturally, I wore breeches and boots, with a crop tucked into my belt loop. We had mint juleps and Veuve Cliquot, songs such as “Pony” by Ginuwine, and The Black Stallion and National Velvet playing on silent. The bathroom towel bar did not survive the evening, but fragments were later discovered by my Super when he snaked the toilet, which has never really been the same since… Ah, the good old grad-school days.

Abigail Einstein’s The-Real-Thing Mint Juleps (Not exactly a health elixir but so, so good!):

1. Make simple syrup: equal parts water to sugar, a couple cups of each. If you wanna go all-out, strain the sugar first. Put the water in a pan and add the sugar. Cook until sugar dissolves. (Watch for bubbles—should be clear, no granules.)

2. When it’s hot and the sugar’s dissolved, remove from heat. Add fresh mint—lots of it, at least 30 springs for a party-sized batch. Let it sit in the hot syrup for half an hour to an hour. (Taste after half an hour to see how minty it is). Then take the mint out and allow the syrup to cool for an hour or so.

3. Pour Maker’s Mark over crushed ice in chilled julep cups, add the minty syrup and a splash of Pellegrino at the top. Serve with sprigs of mint and straws trimmed to just protrude from the cups, to bring the nose closer to the minty bourbon aromas. (Grad-Student Party Version: pour ingredients over regular ice in any available glass, throw in some mint and skip the straws.)

4. Place your bets and watch the horses run!

This weekend we head to the next World Equestrian Games, in Normandy. Tom will have a chance to defend his title, and Mandy’s making history as the first woman and first non-pro on the US reining team. I’ll report from Horse Country, France!