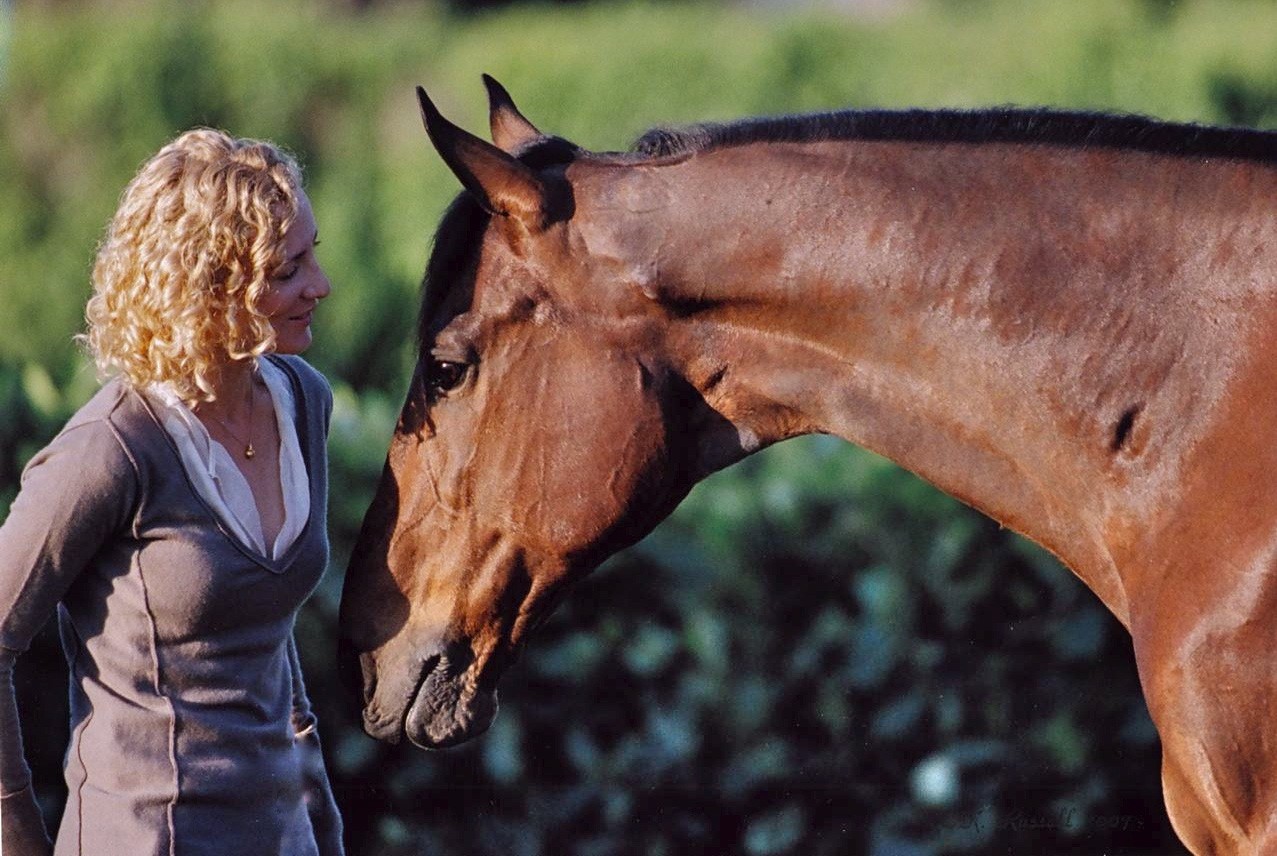 A little silly, the way horse and pet owners refer to themselves as the animal’s parent. But sweet, too—shorthand for love and looking after someone who depends on you.

One day Hurricane was turned out in his small sand paddock at the Stanford barn. A friend of a friend, someone who knew horses, wanted to meet him. We walked out and leaned on the fence. He was eating from a flake of hay. I told her how athletic and smart he was; that his antics in his stall intimidated some people, but if you respected and liked him, he knew it, and he’d never give you an actual hard time. His ear-pinning and teeth-snapping and hopping around were all an act. He never did that outside the barn.

He looked up from his hay and strolled over to us—straight to me—and nuzzled my temple. Something about the way he did it, calmly and purposefully, made a big impression on both of us. He stood there quietly with a bright, kind look in his eye, watching something in the distance but still nuzzling my ear, in an absent-minded way. About to comment on how great this was, I looked over at my guest. She was gazing up at him with a look of awe and admiration. I think of this moment with Hurricane as one of the simplest expressions of love I’ve ever felt.