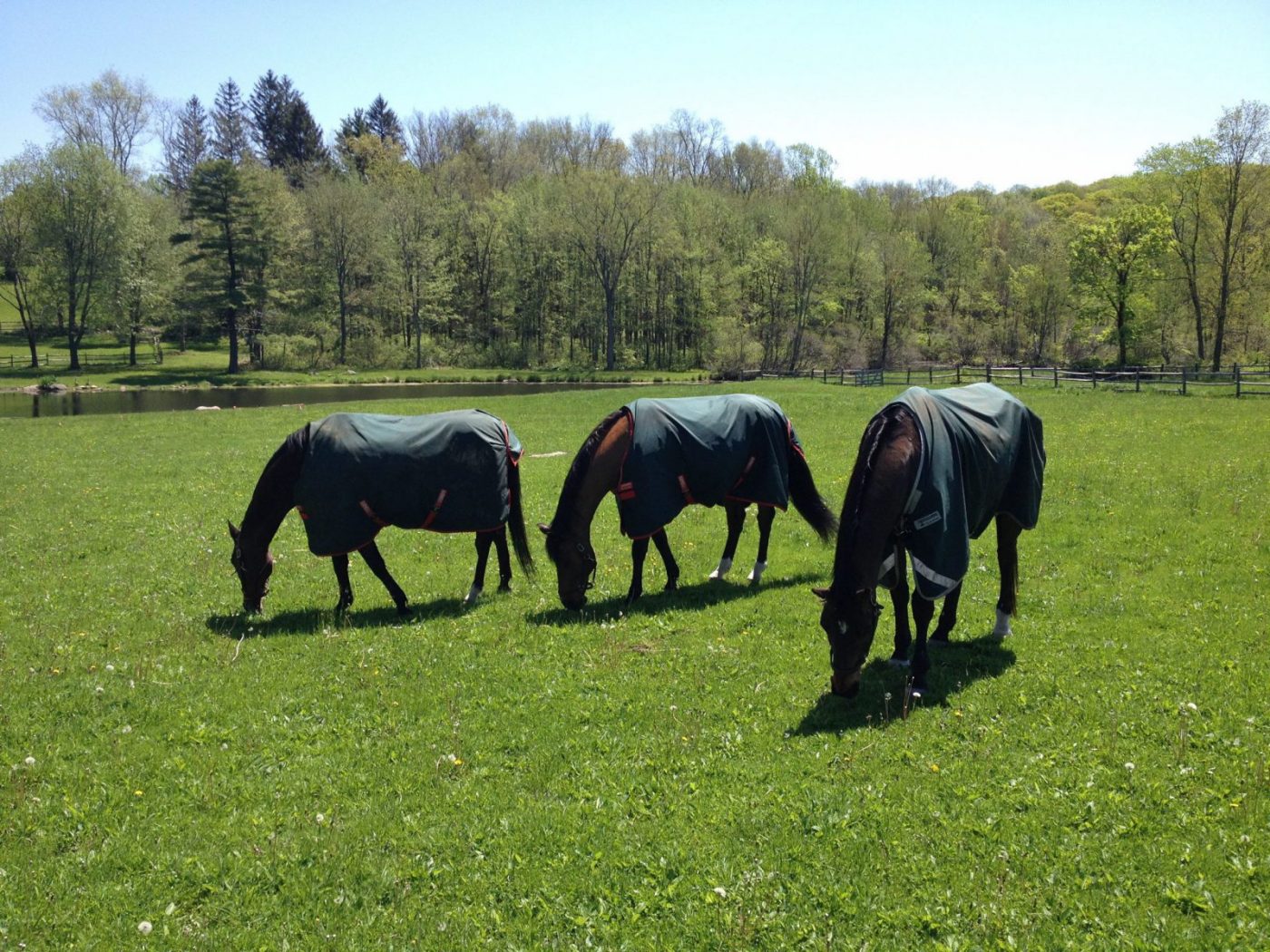 Today I sat for an hour and a half on the stone wall by the retirees’ pasture, watching the horses. It was cool and sunny and the breeze kept the mayflies away.

The geese swam with their new goslings on the glassy pond, Jammy the dachshund gleefully patrolled for frogs at the water’s edge, and birds sang. The horses would graze, then canter together across the field, then graze some more. (Otter looks especially beautiful, with his reaching stride and long, tossing mane.) A scene from a pastoral mural or a quaint hooked rug. I’m not sure it’s quite hit me that this is our life now. I stayed until it was time to bring the horses inside.

I’ve had visions of this idyllic horsey stuff all my life. At age eight, I wrote an illustrated story called “Riding With the Morning,” a sappily rendered tale of riding bareback in the mist through lush meadows, then watching my pony graze. My mother saved it, of course, and ten years ago scanned and reprinted it as an Apple book, thereby preserving, for generations to come, my garbled spelling and child’s sense of unselfconscious wonder. The story used to embarrass me—so cheesy—but now I’m happy to reconnect with the part of me that produced it. I suppose now is the closest I’ve ever come to fulfilling that old fantasy. 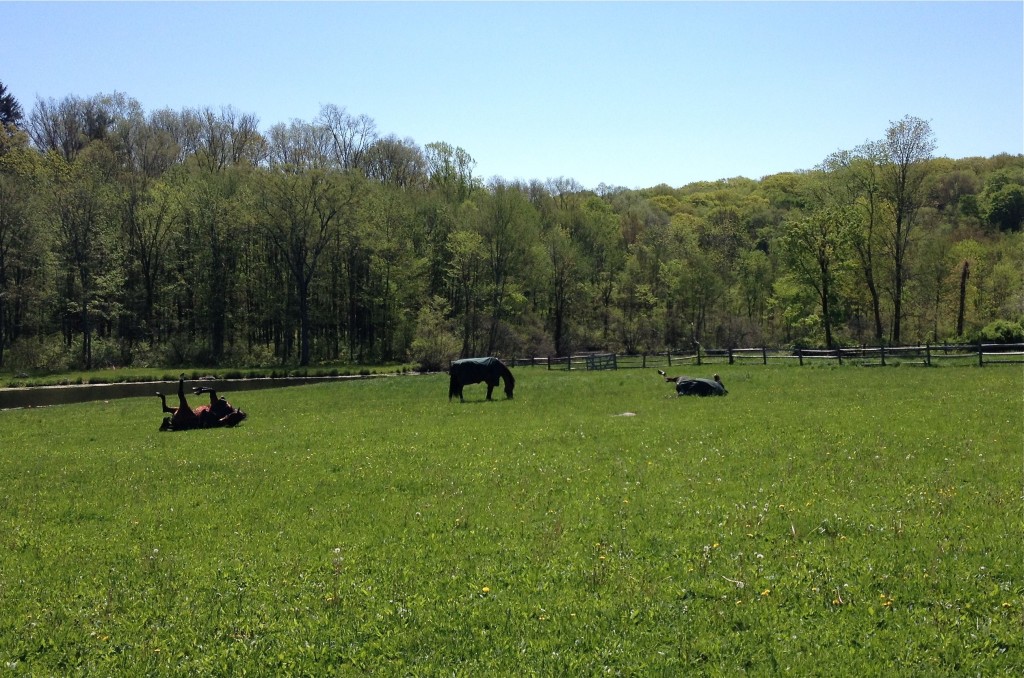 The boys rolling after a gleeful just-let-outside run 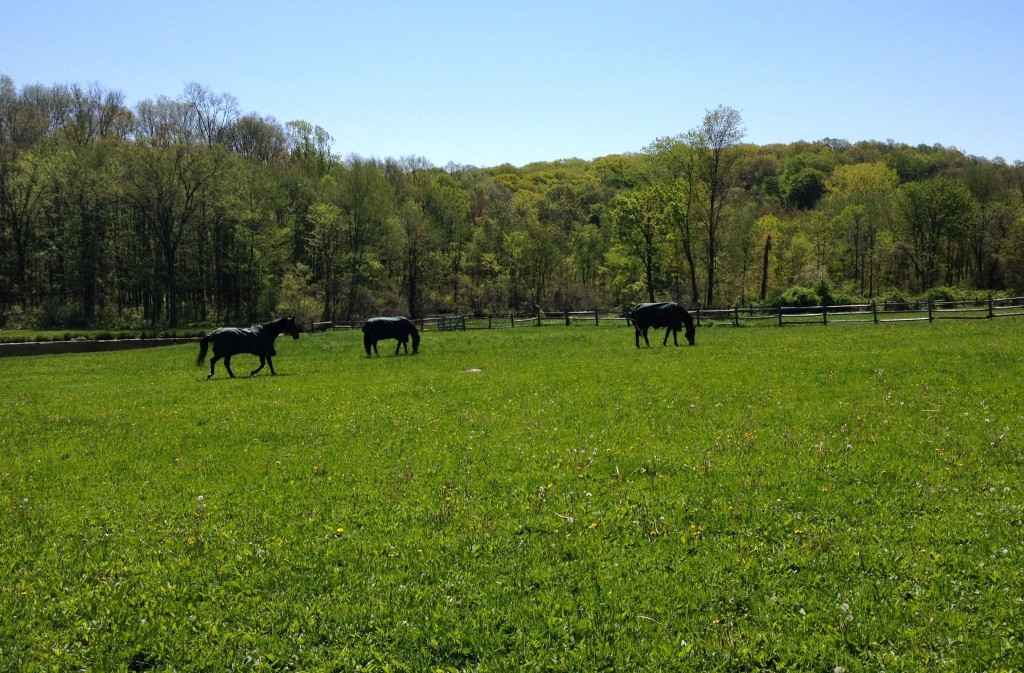 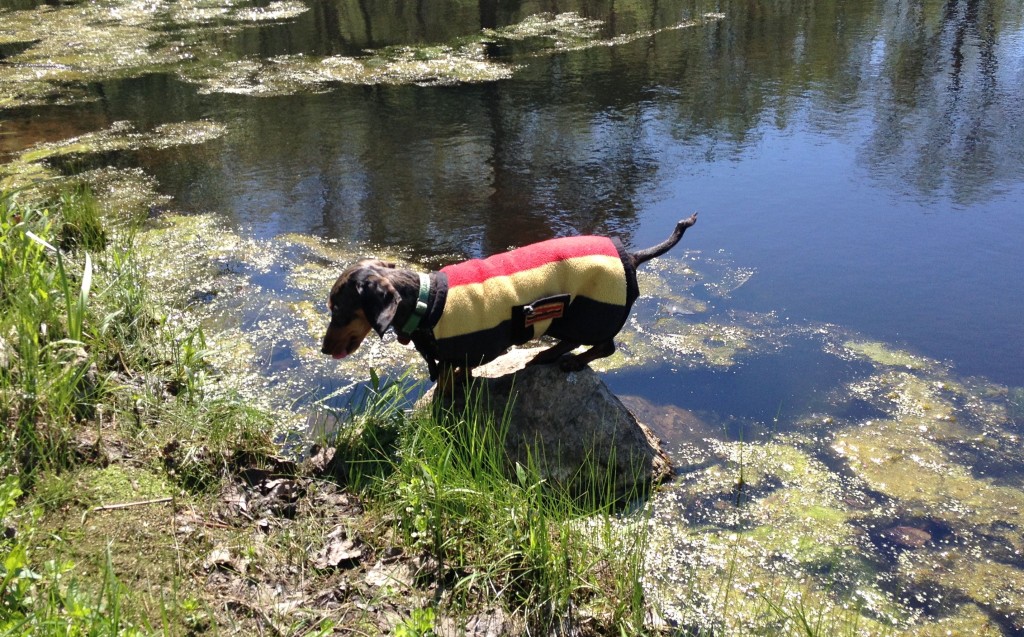 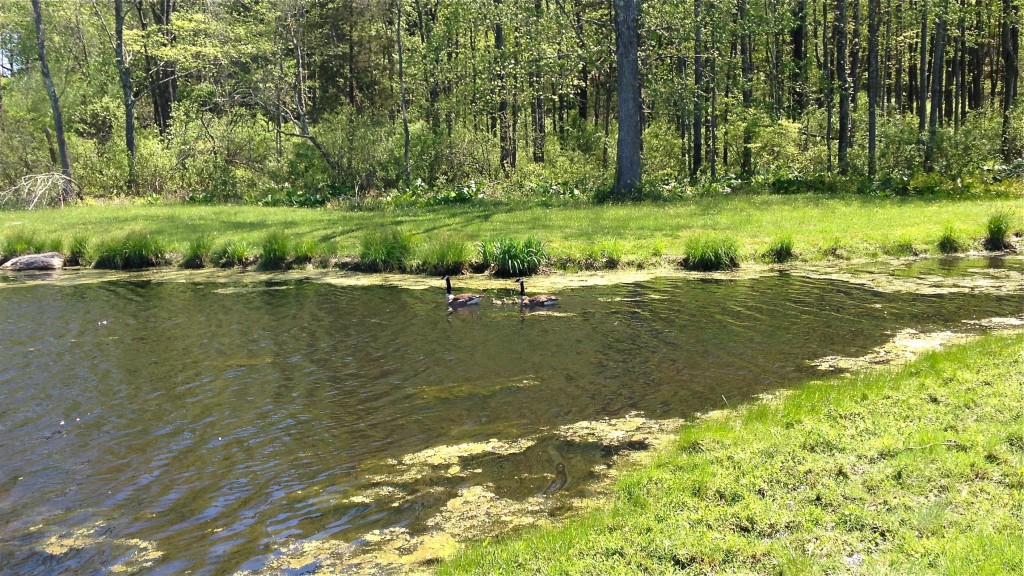 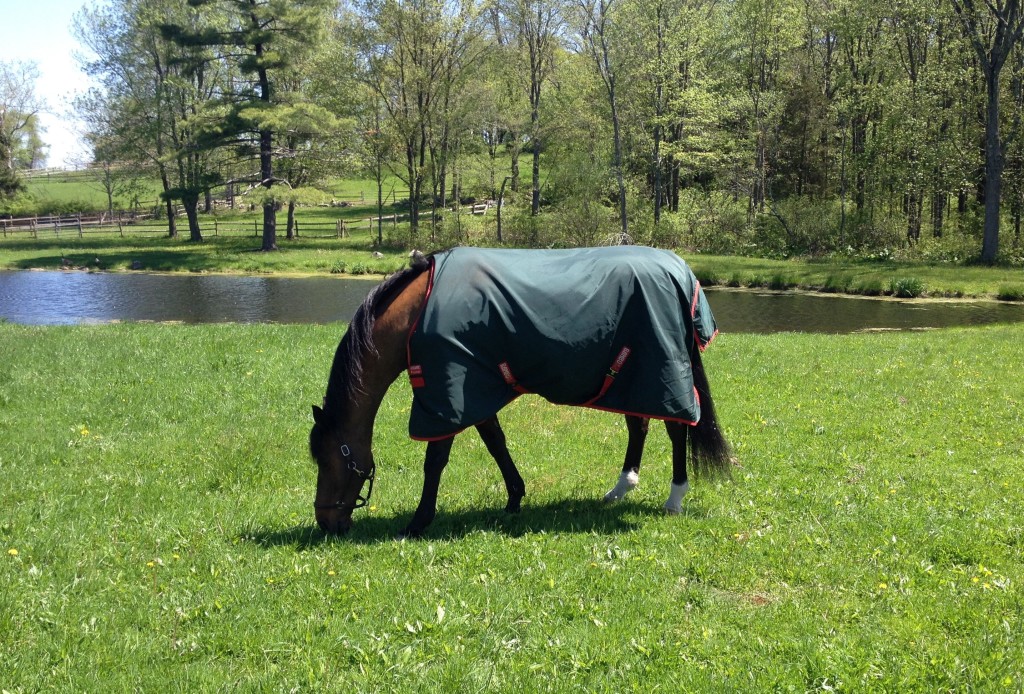 Otter by the pond