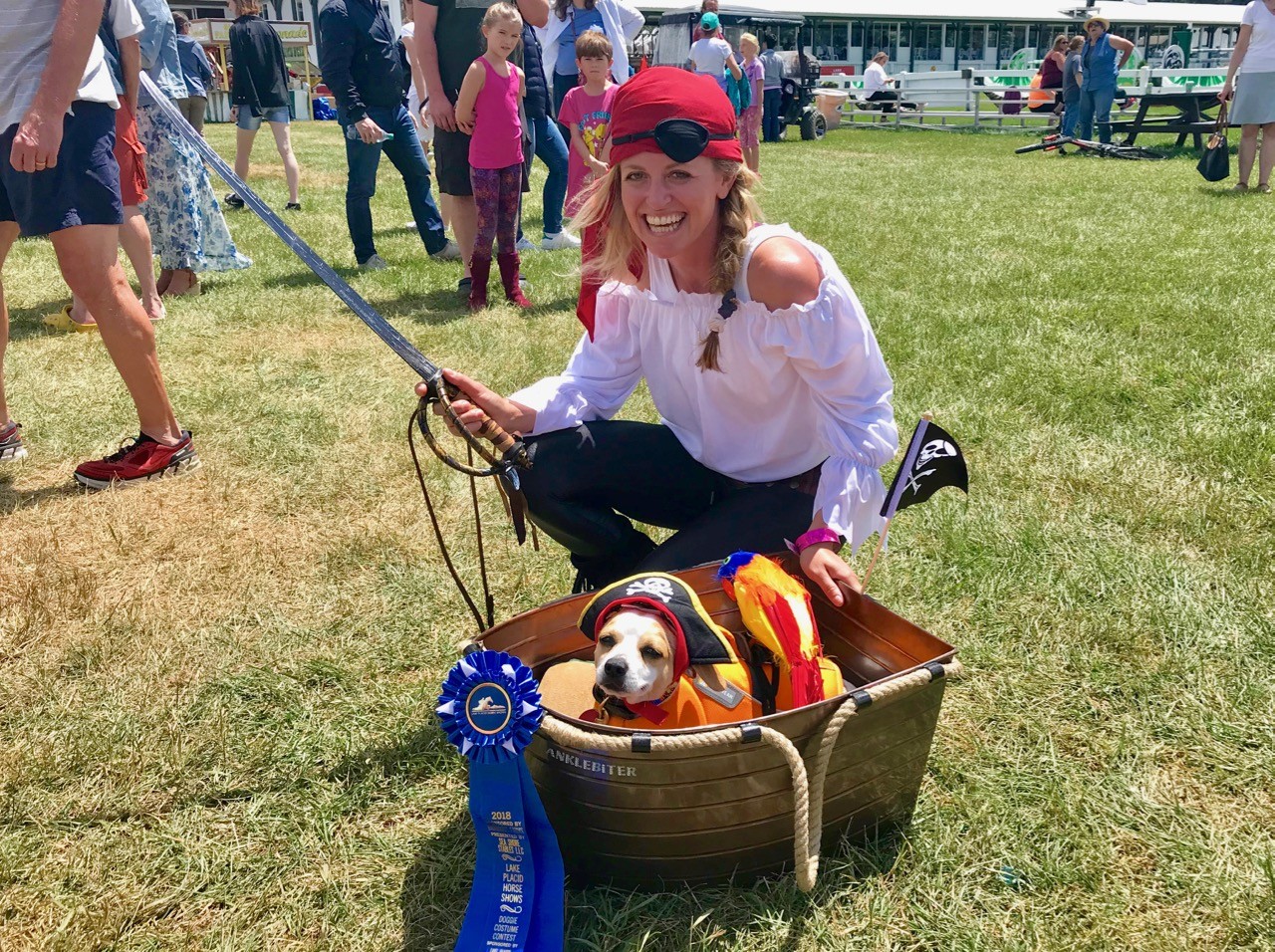 At the Lake Placid Horse Show, the doggie costume class is an audience favorite. This year our two-year-old rescue mutt, Luigi, took first out of more than thirty dogs. We knew Luigi needed to compete, because he’s possibly the world’s friendliest dog. Upon meeting him, people’s immediate reaction is they want him. His joyfulness and instant affection make people think he has a special affinity for them; but that’s just how he is: ultra-loving, and tail-waggingly happy. In other words, he’s the ideal guy to steal the spotlight.

His costume, Pirates of Mirror Lake (which is the body of water the town of Lake Placid overlooks), evolved throughout a week of serious brainstorming and secret consultations. My friend Elizabeth and I hatched the idea based on a pirate costume we saw online—on a cat. We ordered it one size up, along with a parrot on elasticized strings, a mini Jolly Roger flag set, a sword, a human eye patch, a head scarf, and a pirate queen outfit. Elizabeth volunteered to handle Luigi and be his co-pirate. We found the boat in a local shop (miraculous; we thought there might be an Adirondacky birch-bark canoe, but when we saw this stubby, rugged, rope-festooned beauty, our hearts just sang). Our barn manager, Nancy Shaw, came up with the ship’s name, the Anklebiter, which I emblazoned on bow and stern in the local Rite-Aid’s only option for stick-on letters, which were bedazzled. 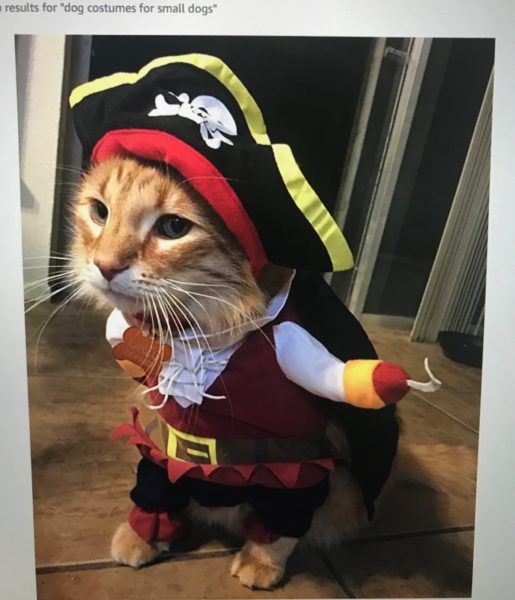 Luigi was not psyched about the cat outfit. Plus, although it was funny from the front, it didn’t look like much from the above—i.e., the normal human viewing angle. And while the parrot looked pretty fabulous perched on his back, its strings seemed to bother his belly. The hat, however, was a must. We ditched the rest of the pre-made costume and added his super-stylish lifejacket. (He’s a paddle-boarding enthusiast). The lifejacket made a nice cushion for the parrot strings, and we figured this pirate might as well go marauding with the proper safety measures. 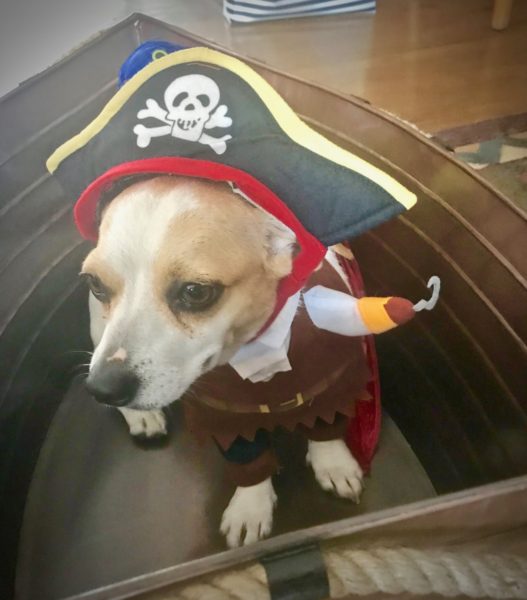 Luigi gives his version the thumbs down! 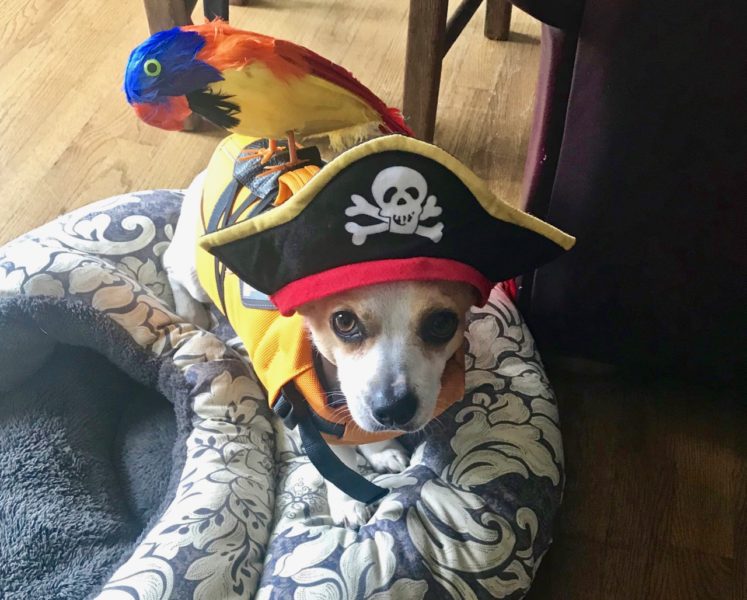 Better, but still demanding to know if the hat is really necessary

We folded his travel bed in the bottom of the boat, for comfort and to raise him to prime visible level, and attached his leash at the bow. With some treats and praise (he’ll do anything for a Pill Pocket, it turns out), he decided the Anklebiter was an acceptable place to hang out. And when showtime arrived, he sat jauntily on board while Elizabeth towed him across the grass. 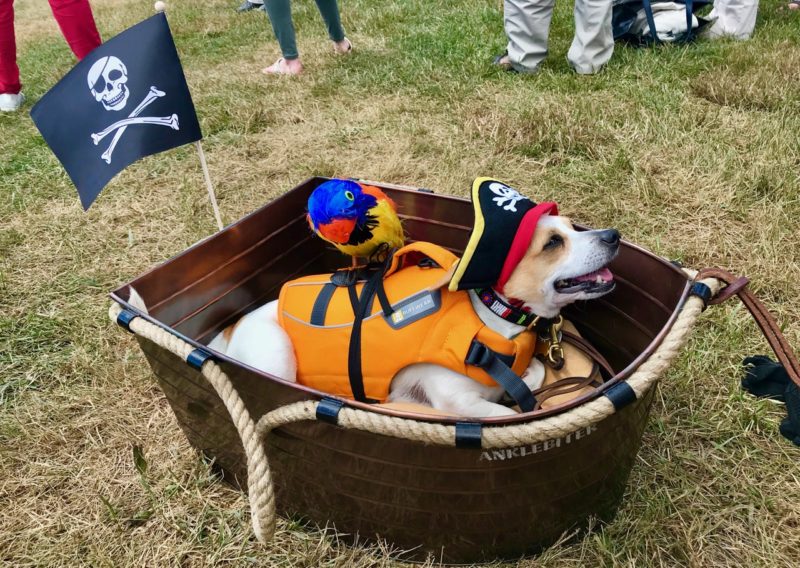 Enjoying his many admirers 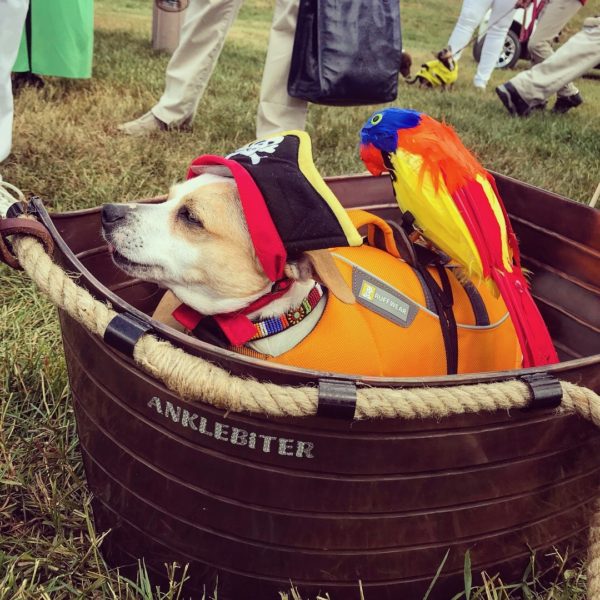 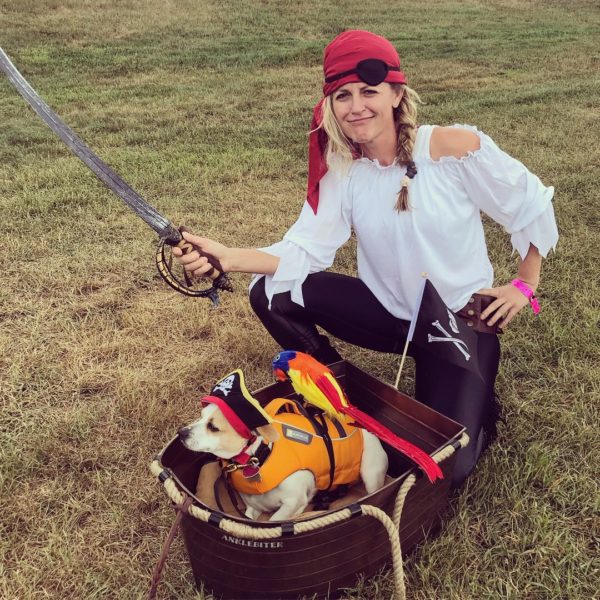 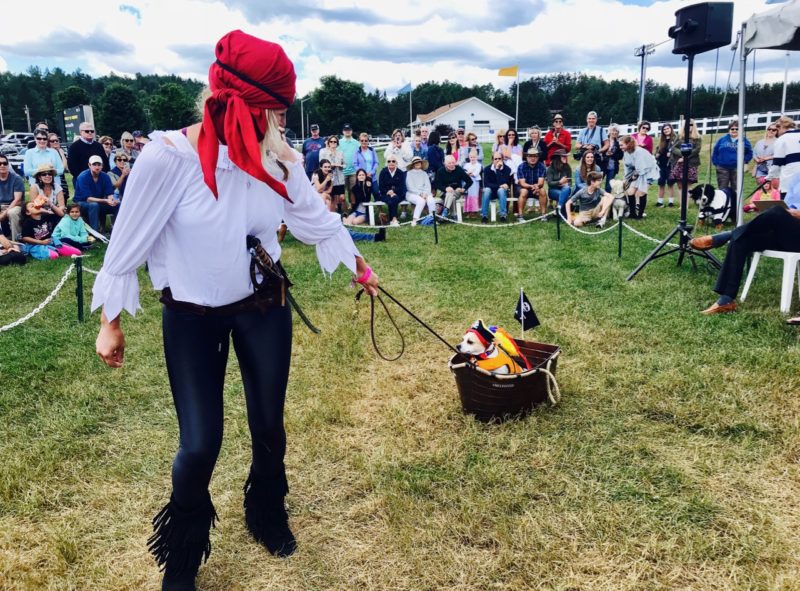 On the show field 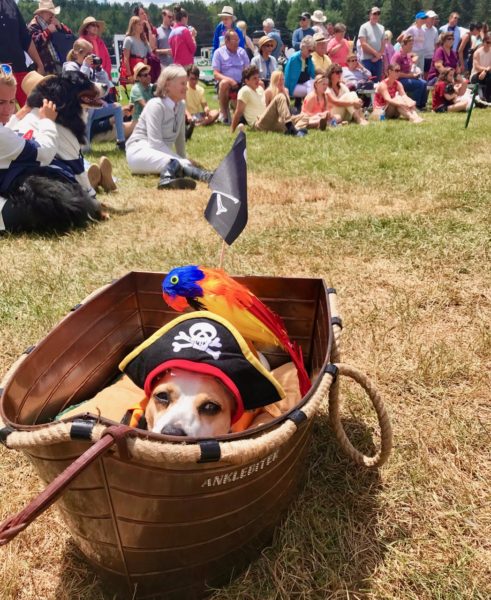 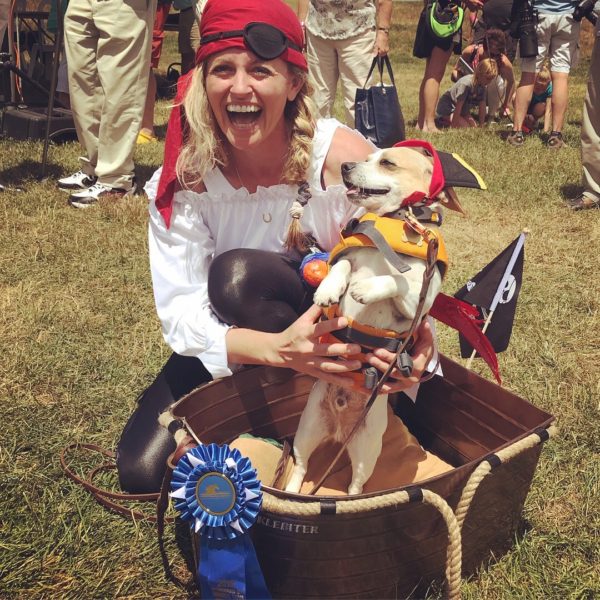 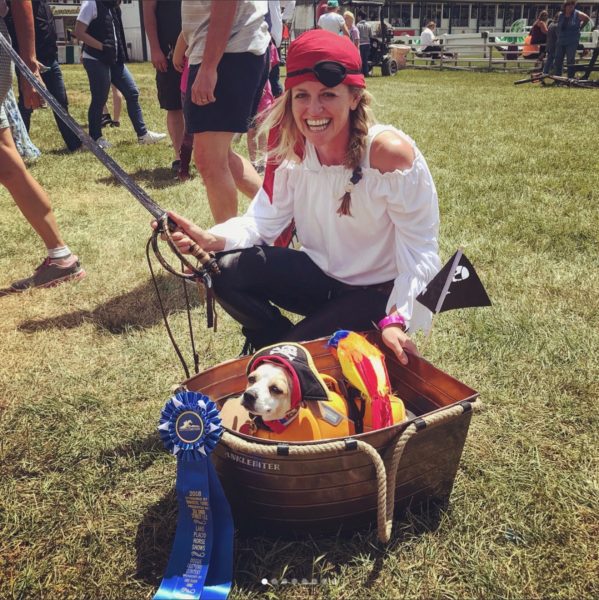 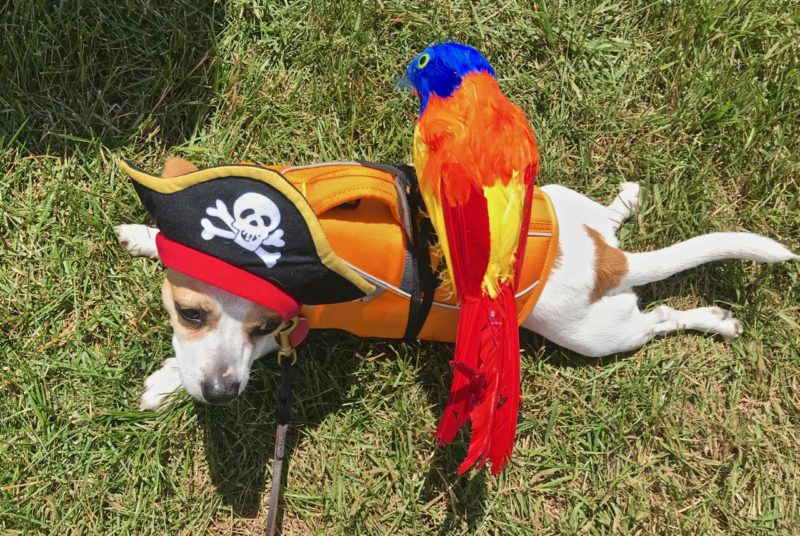 We adopted Luigi from Danny and Ron’s Rescue. Check them out if you’d like to adopt a dog, or please consider supporting their excellent work.