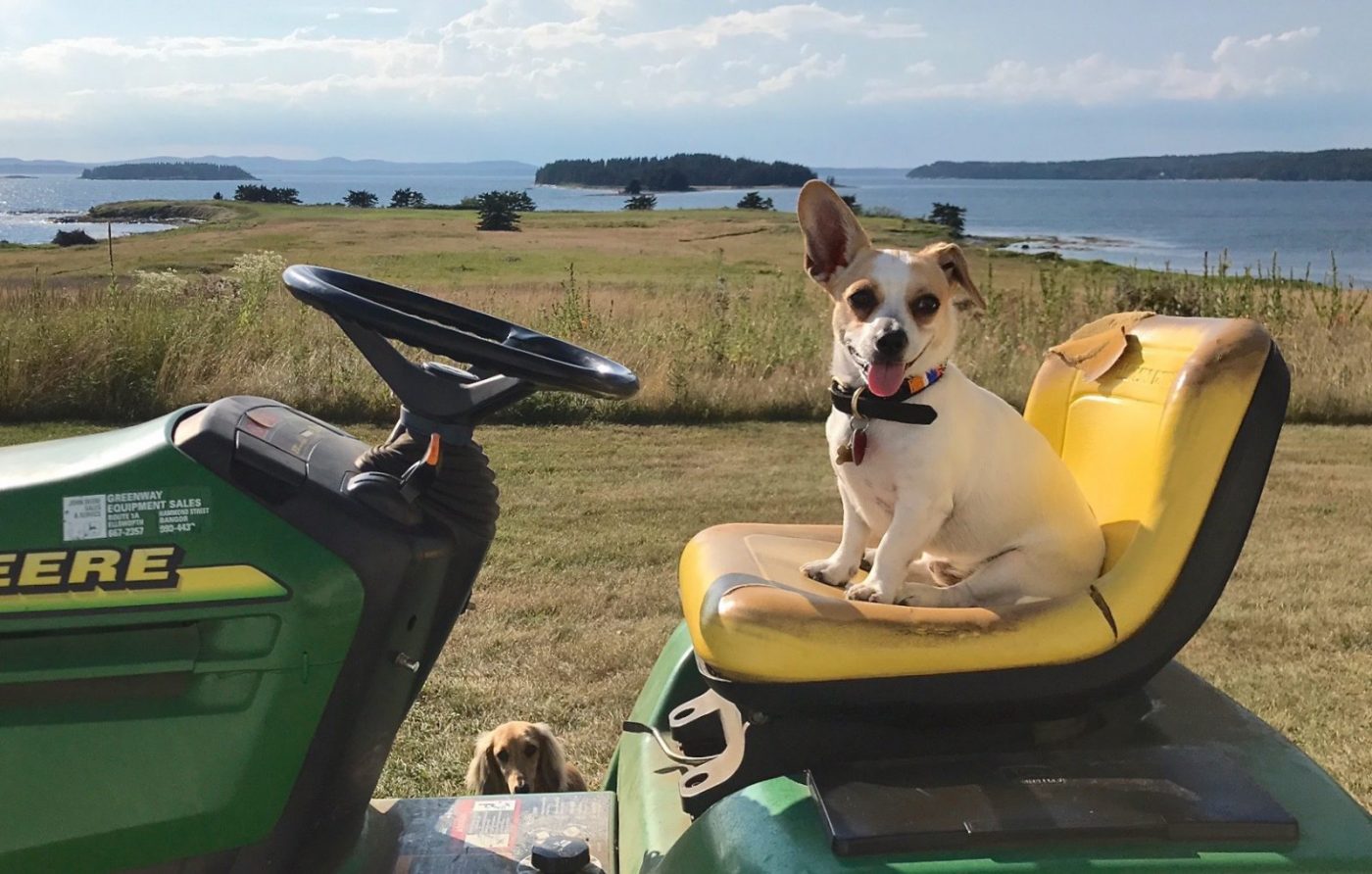 My husband and I adopted Luigi from Danny and Ron’s Rescue, an organization we know through the horse world. Each year they make a calendar featuring twelve of the dogs they’ve placed, and Luigi is going to be Mr. April, 2018. To accompany his photo, Danny and Ron asked us to write a short piece about him. Here’s Luigi’s story:

We were looking for a friend for our very shy dachshund, Emmylou. She was playful and exuberant around us but terrified of strangers. We thought a second dog could change her life—but it had to be the right dog. We asked Danny and Ron to keep an eye out for a smallish dog that was ultra-confident with people and kind to other dogs. A month later, they said they’d found the one.

When we saw his photo, with those big dark eyes, domed forehead, and one-up-and-one-down gremlin ears, my husband spontaneously thought of the name: Luigi! And the rest is doggie-match-made-in-heaven history. Luigi and Emmylou fell madly in love. They play and wrestle and chase each other and snuggle pretty much nonstop. With any new person, Luigi dashes over for a wildly affectionate, wagging greeting; and so Emmylou’s gone from terrified to curious. Sometimes she’ll even sniff somebody’s shoe.

Luigi’s greatest joy is riding around on farm equipment. He actually squeals with excitement when the motor starts up. Also high on his list are chasing Canada geese from the fields (very helpful), rolling in stinky things (the barn=paradise), and walking through the horse show, surrounded by people (We say he’s like my husband at a cocktail party: so many potential new friends!). In other words, Luigi seems destined to be in our family. He even imitates Emmylou’s wakeup routine, which involves flopping upside-down across our necks and yawning loudly.

Danny and Ron, thank you! Luigi has transformed Emmylou’s life, and he’s a ray of sun in ours. 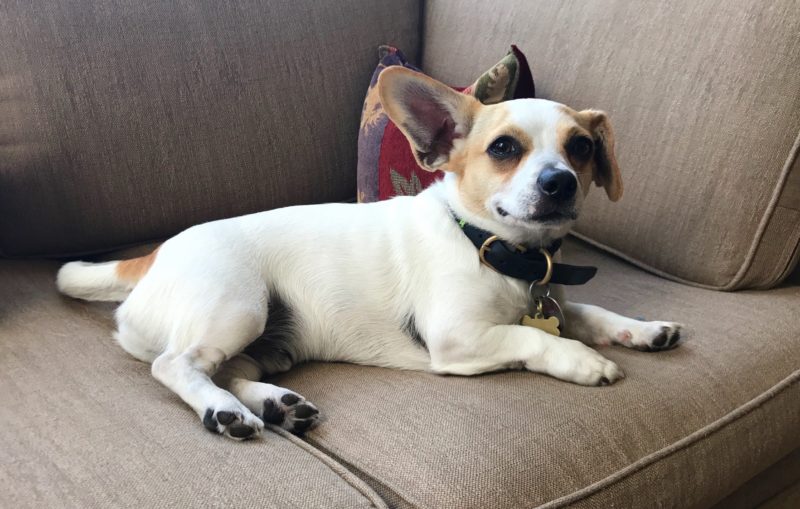