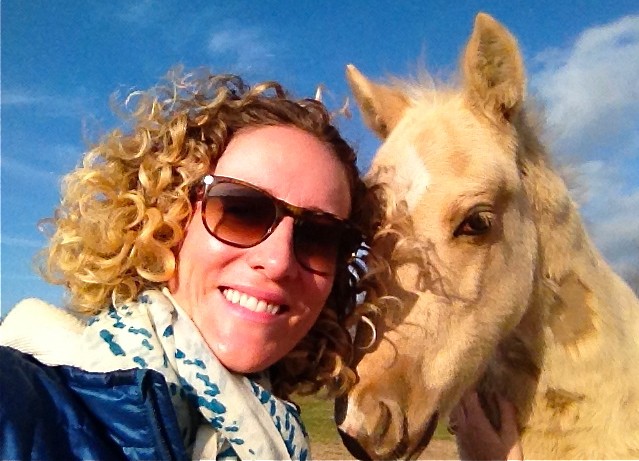 Tom and Mandy’s business is booming. The ranch is full, so when the two-year-olds came in from the pasture to start under saddle, they had to move to a ranch down the road. We visited them today, a bright sunny day with a breeze. The place has a small barn, a couple of round pens, and big pastures. The colts are in stalls but the fillies live outside in a herd, which I think they like better anyway. It’s how they’ve grown up—they’re used to each other—and they’re not wearing shoes yet, which is what you’d worry about with older horses turned out together; they could hurt each other kicking.

Tom and Mandy and I walked through the herd of fillies trying to identify them all and choose nicknames for the ones that didn’t have them yet. I found my white-faced filly Midnite In Paris, a.k.a. Maggie, at the hay feeder. She let me lead her by her collar and stood for a photo. Billie Jean, a palomino that Tom and Mandy bought from us, has grown up so much I didn’t recognize her. At the yearling auction last year she was petite and a little awkward. The price didn’t run especially high, so Tom snapped her up and brought her back home. I was happy about that, having her back at the ranch. Now she’s big and gorgeous—maybe the prettiest one in the field, Tom said, and I agree, though there are a lot of flashy beauties in that group. 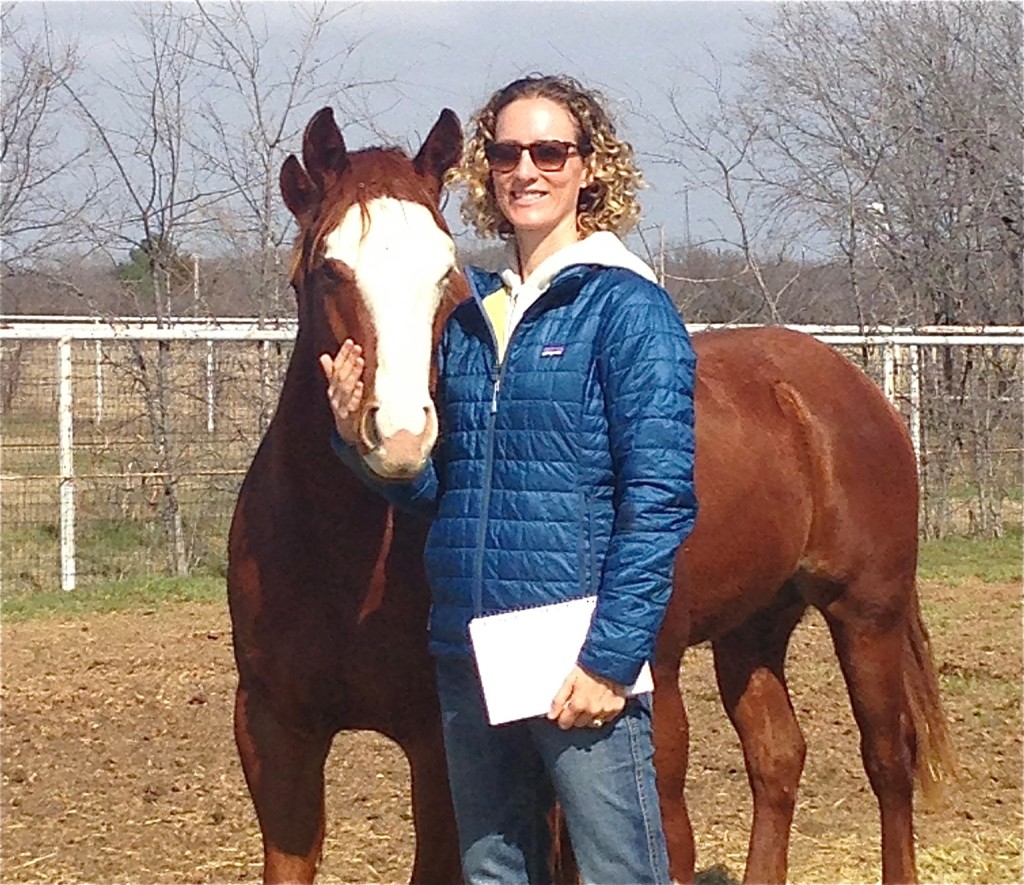 Bonus question: how many horses in this photo?

We (as in Turnabout Farm) have ten two-year-olds, a record number for us. The guys, Daniel and Austin, work them in the round pen and ride them in there, too, or in the field. A little unconventional for reining barns—most work their two-year-olds inside, in the arena—but this was the available facility and in some ways it’s better. Definitely better for the horses’ minds, and good for them to lope in big open spaces.

We watched from the fence, in the sun and wind, and ate orange segments and trail mix with our horse-grubby hands. (Horse dirt is not in the same category as other kinds of dirt.) Daniel and Austin showed us all ten under saddle. Some are more mature than others, but on what you can see so far—how well they move, how they settle into training, how they carry themselves—they look like the nicest group we’ve had. I especially like a little palomino called Daisy, who’s out of the same mare as Maggie. Daisy didn’t want to be caught in the pasture and brought in, so she was last to work, when it was getting cold. Even so she loped calmly in the field for Daniel, big smooth circles with her head low.

Daisy had a little sister born about a month ago—the friendly one who was chewing my baseball cap. Yesterday some of the mares and foals moved to the 40-acre pasture by Tom and Mandy’s house. When we got home today, the wind had settled and the low sun was making that hazy, honey-colored light. I ducked through the fence and walked out to visit the foals. Daisy’s little sister came over again for some scratching. We took some “selfies” with my iphone. The other palomino filly, Billie Jean’s little sister, came near but didn’t want to be touched. She’s what my aunt Elizabeth would call a fuzz-mometer. The fur under her jaw makes her look especially silly right now, but her mother has always produced beautiful offspring, and I’d bet on this one to be pretty, too. 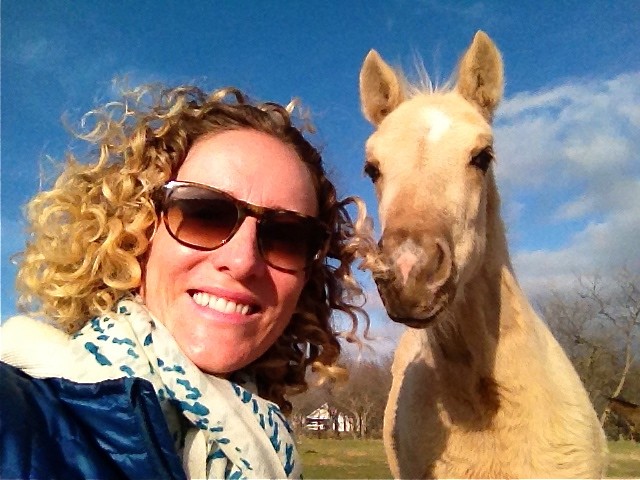 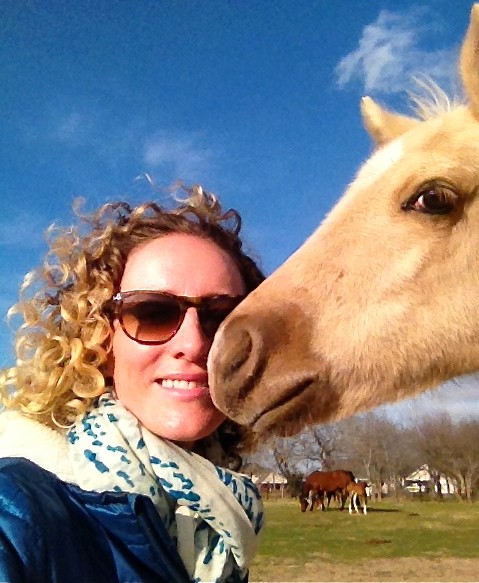 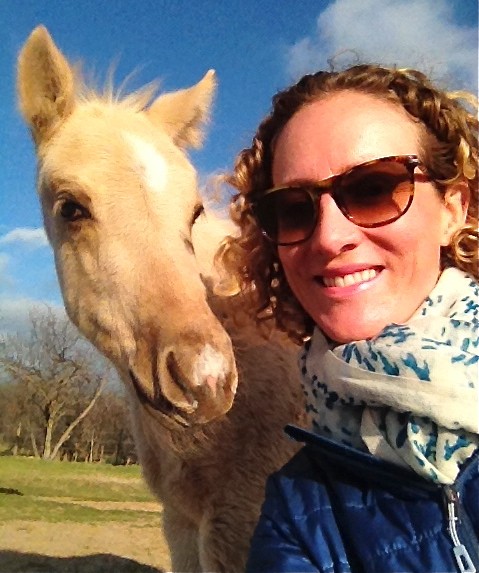 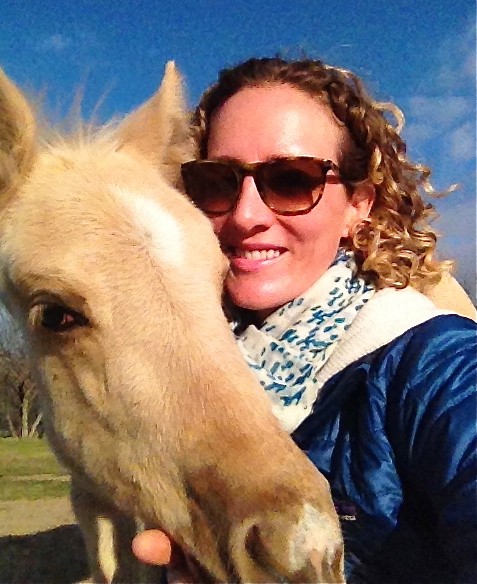 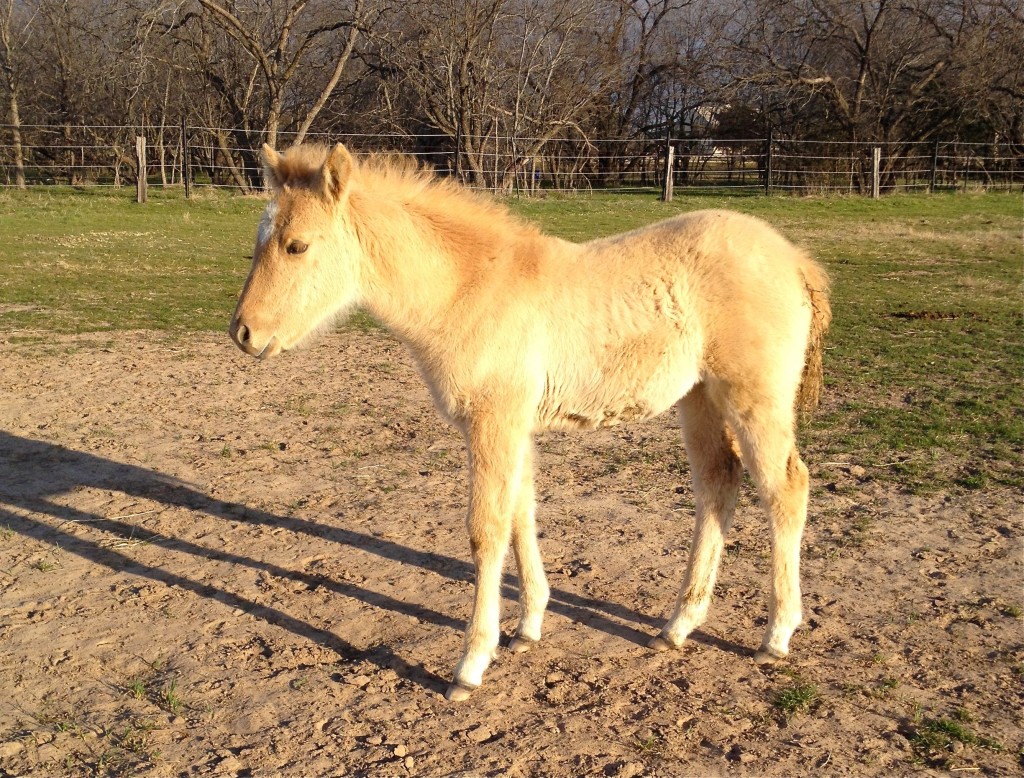 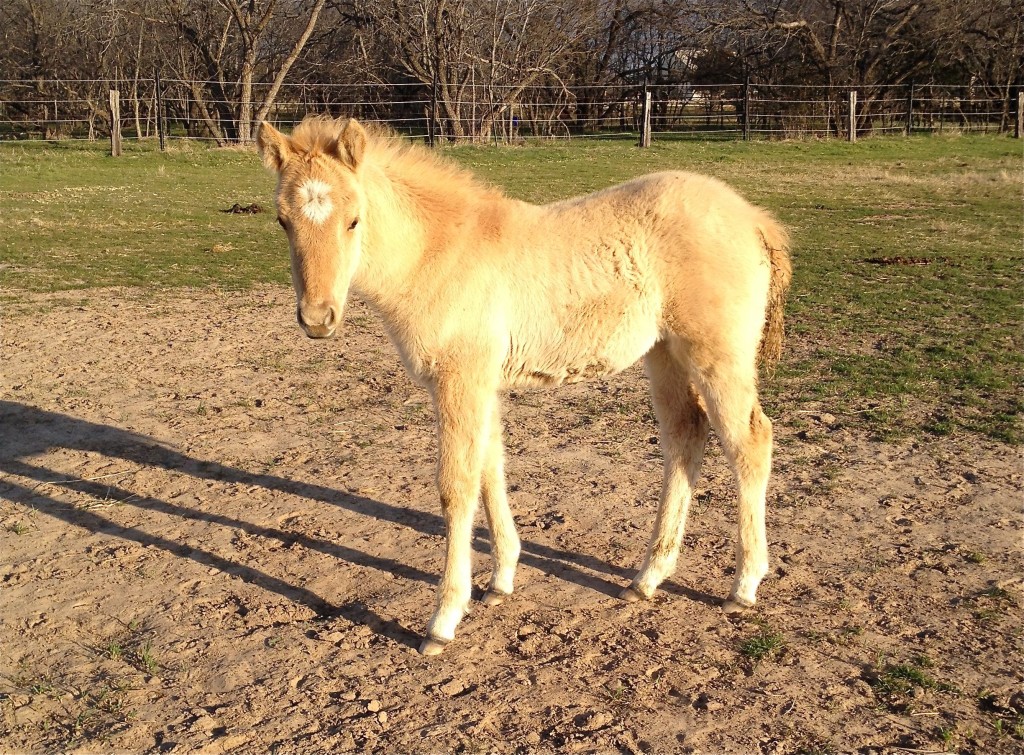