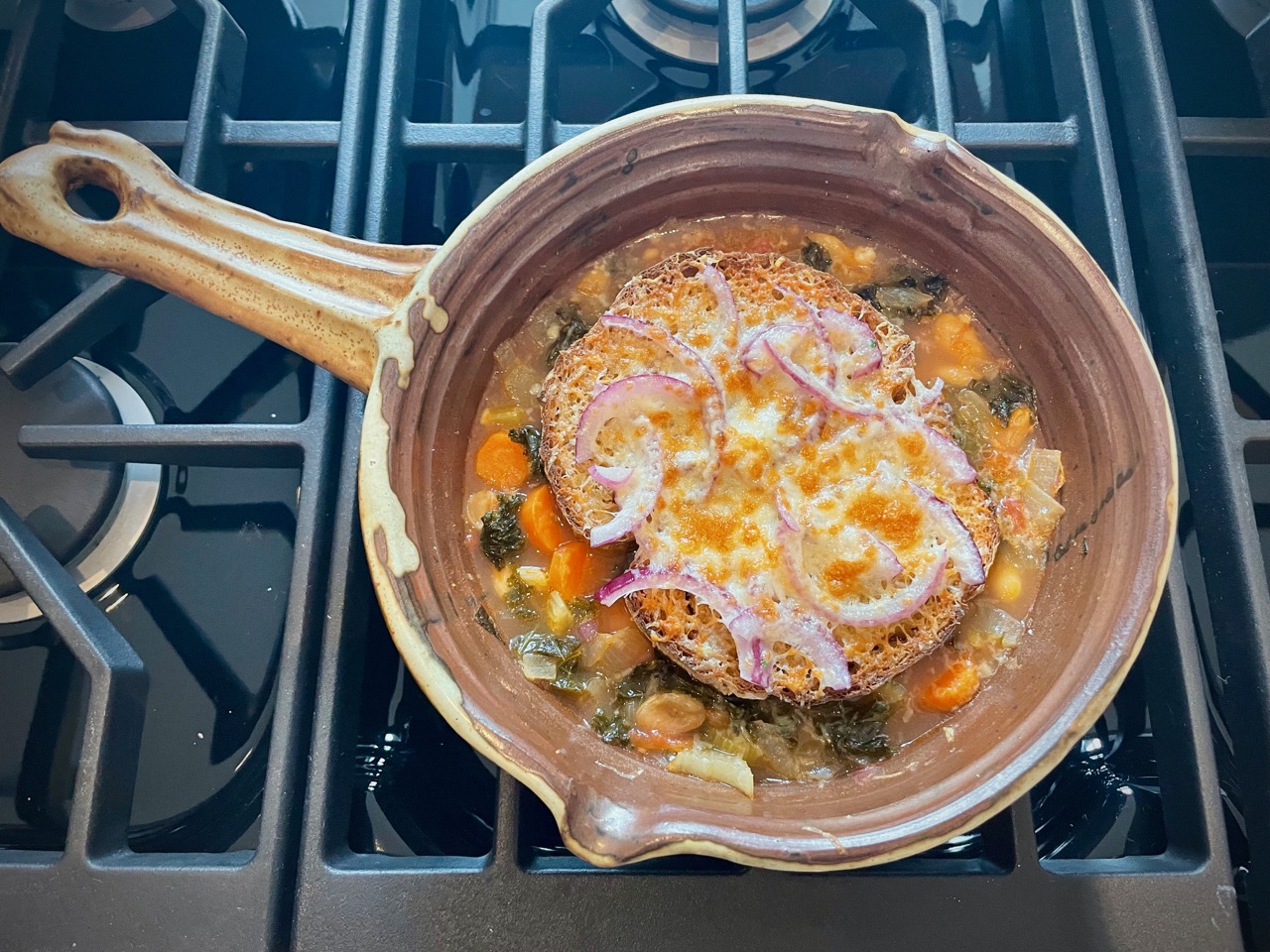 This hearty vegetable soup is topped with cheesy toast browned under the broiler. The flavors of tomato, kale, veggies and cannellini beans combine with the rich cheese and red onion for a satisfying, warming meal. And it’s quick and easy to prepare. I’ve modified the recipe slightly, but you can see the original here, which gets five star reviews on NY Times Cooking, with some helpful ideas in the comments section. Bittman calls for a pound of kale, but I used a bit less, just watching the proportions as I added the greens near the end. For the bread, I used Super Bloom gluten-free sourdough, and it was delicious. If you want to use bone broth and don’t have time to make your own, try the nutritious and tasty options from Brodo. I used Brodo chicken broth here, and for the cheese, a combination of pecorino and manchego. 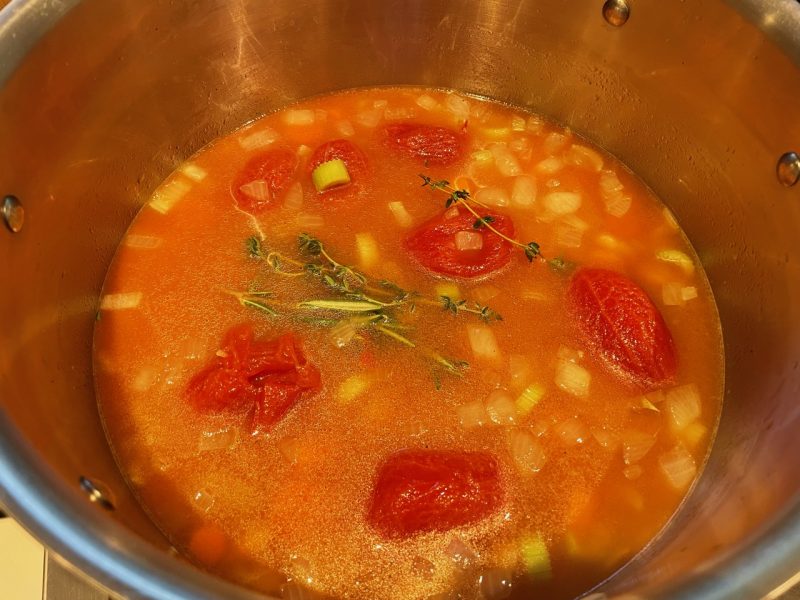 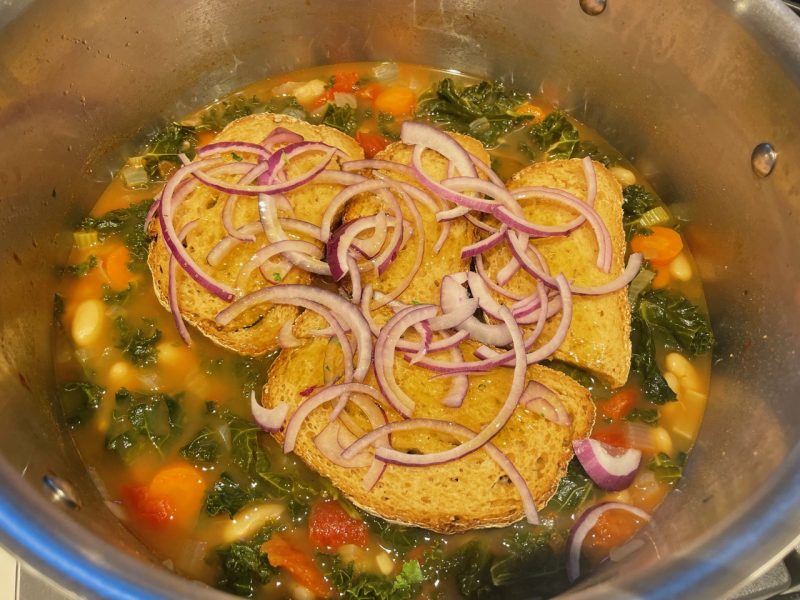 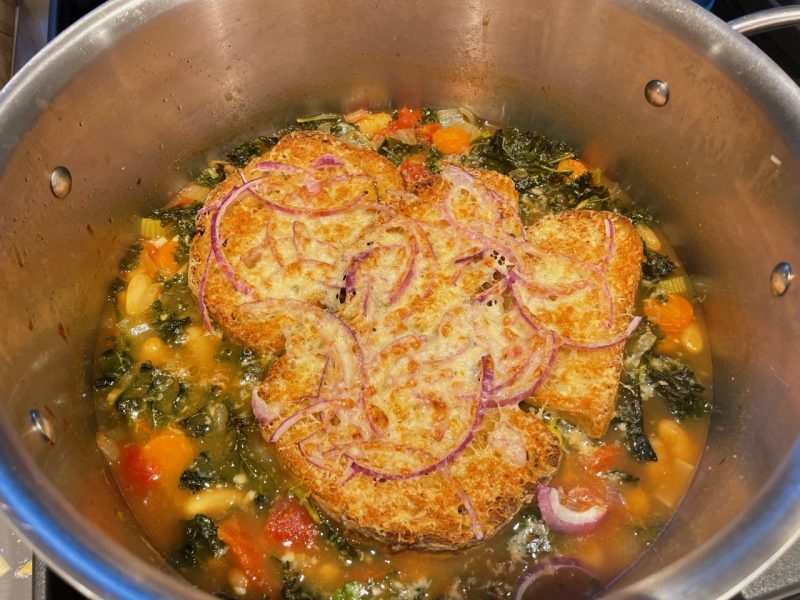 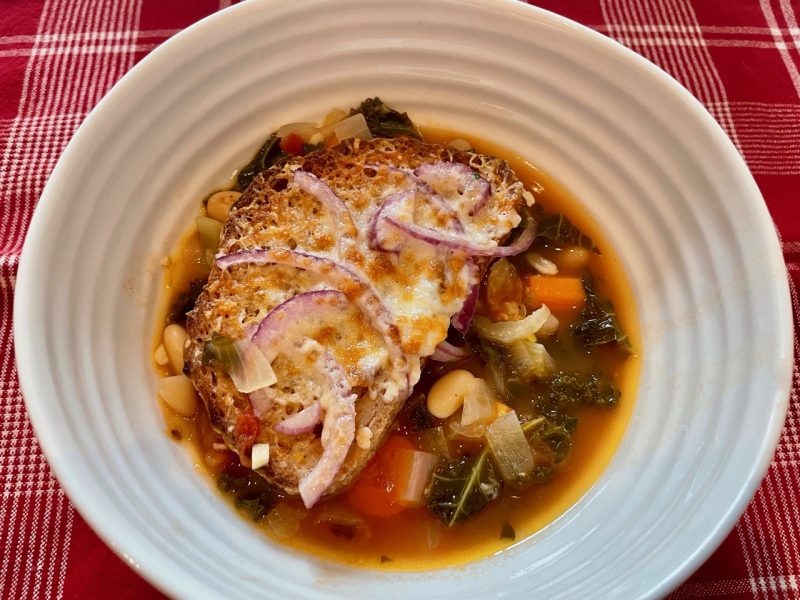