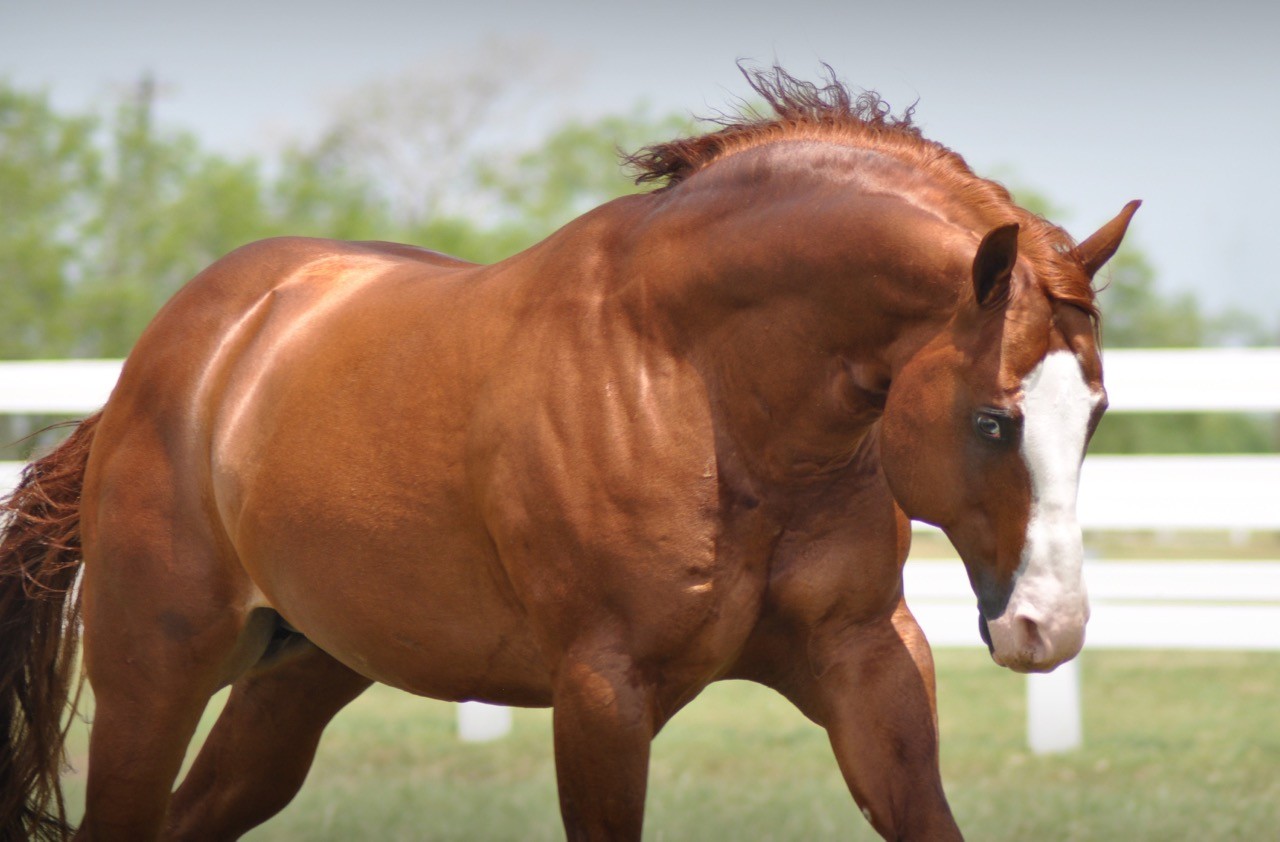 Our stallion, Gunners Special Nite, has reached a milestone: his offspring have won $1 Million in reining, placing him in an elite group of sires that have helped shape the sport. He was honored last weekend at the NRHA Futurity show in Oklahoma City. Pre-ceremony, we threw him a party in the barn aisle—which he attended, in his palatial double stall at the front of the Tom McCutcheon Reining Horses setup. Until this week, he hadn’t left the ranch since winning double gold at the World Equestrian Games in 2010.

Now, let me set the scene… It’s the main stabling hall at the Oklahoma State Fair Park; this center aisle is the thoroughfare, with wood-framed stall-front displays resembling an Old West town, but covered in splashy posters of horses and dotted with flat-screen TVs. Gunners Special Nite, a.k.a. “Bailey,” had been hanging out here since mid-week, with people stopping in to admire him, pose for photos, pick up GSN logo gear; they’d cluck their tongues to pull his attention away from his hay, they’d let their children kiss him, they’d try to hug his nose for their photo pose. And given that he’s a breeding stallion, whose life of stall/pasture/breeding barn would tend to make a guy pretty full of himself, his behavior here was remarkably good—minimal chomping, general calmness, general willingness to hang out with people. 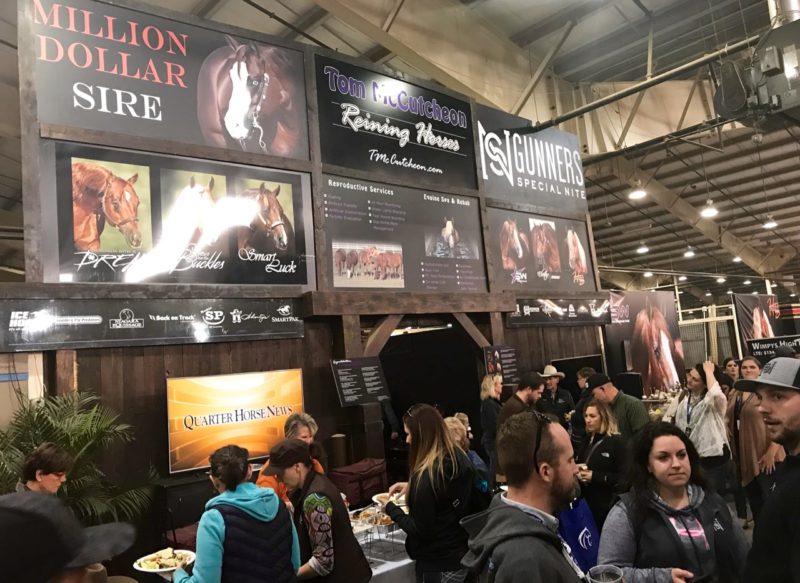 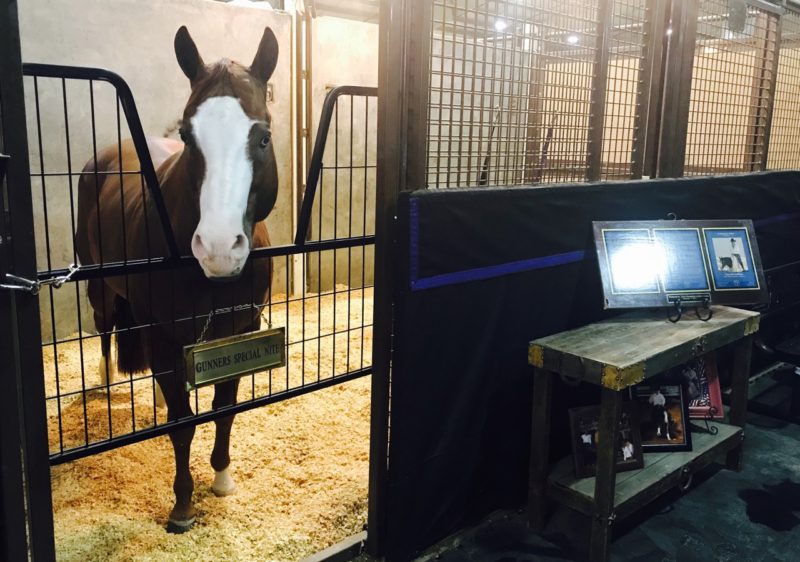 Bailey in his stall of honor 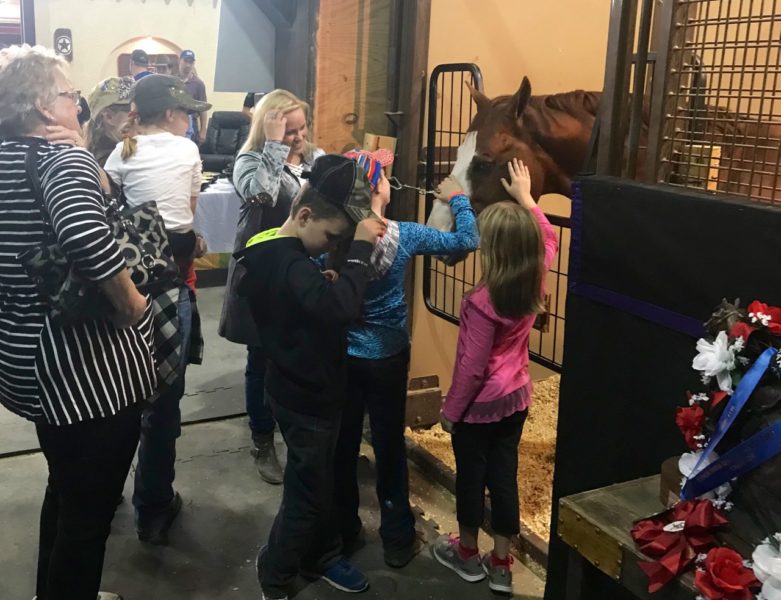 With some of his admirers 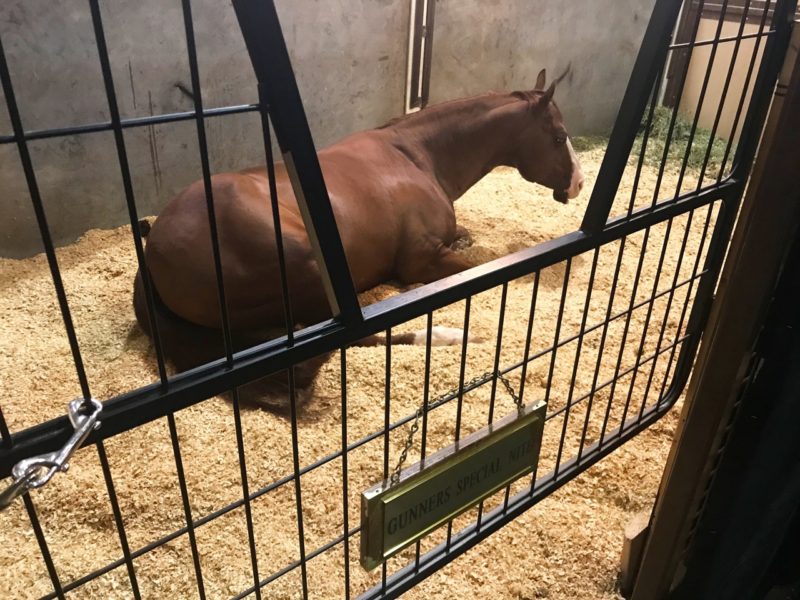 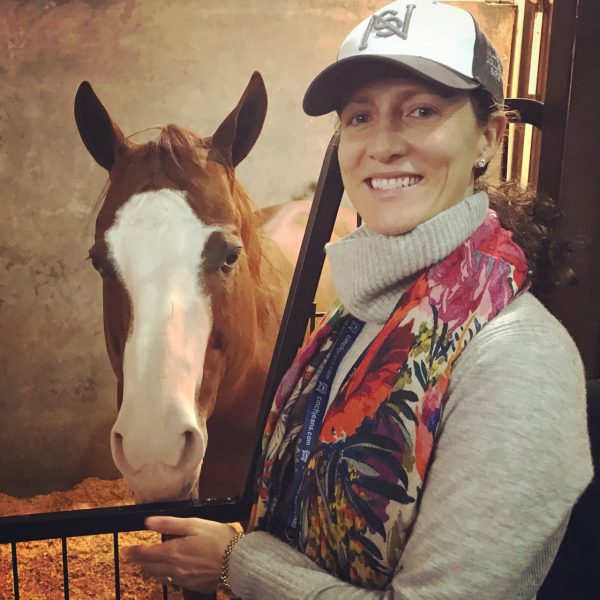 The night before the party and ceremony, Bailey’s daughter Best Nite Ever had a major win: NRHA Non Pro Futurity Champion, with Mandy McCutcheon. The trophy and medal sat on display in front of Bailey’s stall. (Plus Cade McCutcheon won the Youth Futurity Championship on another GSN offspring, One Stormy Nite; and Carlee McCutcheon, age 12, was the youngest person ever to quality for the NRHA Non Pro Level 4 Futurity Finals, where she won $14,000 on her GSN gelding, A Special Sidekick. Overall, the GSN offspring picked up another $78,000 of earnings in the Non Pro finals alone.) 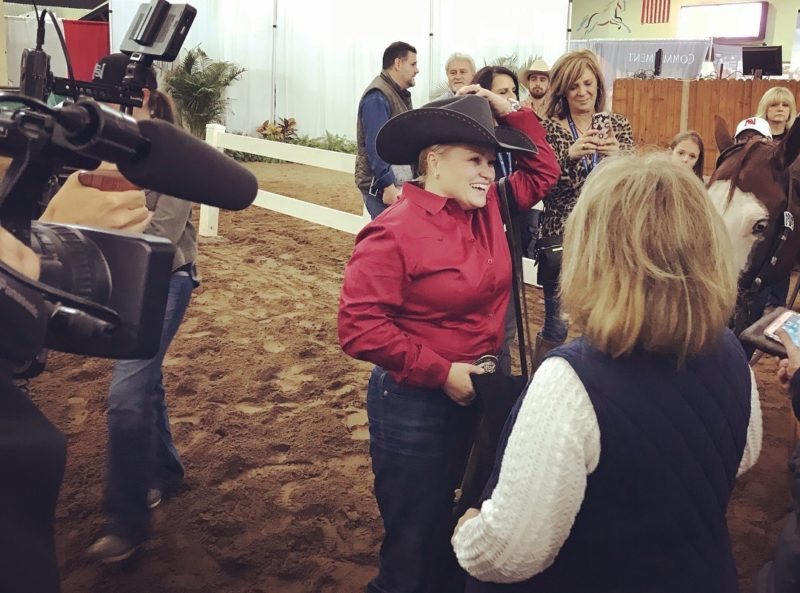 Mandy just after the win 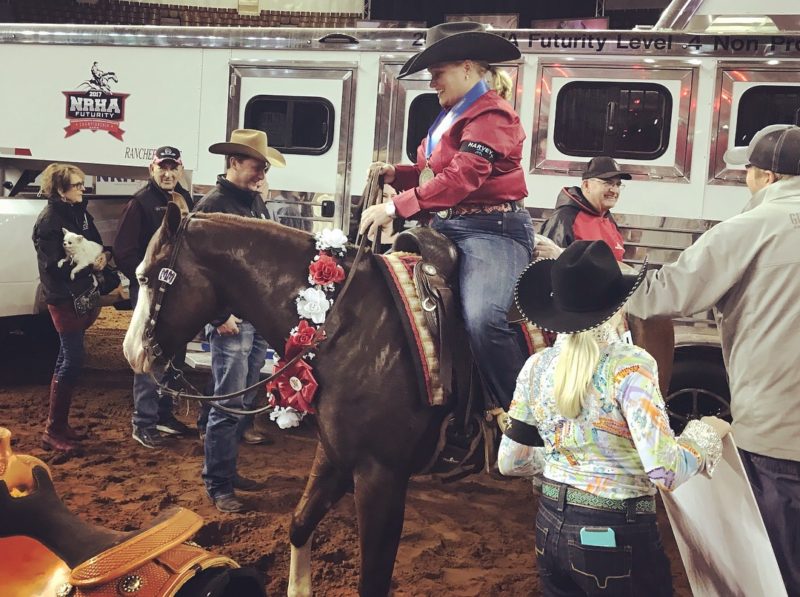 Mandy and Best Nite Ever in the winners circle (they won a trailer, a saddle, and a whole bunch of other loot.) 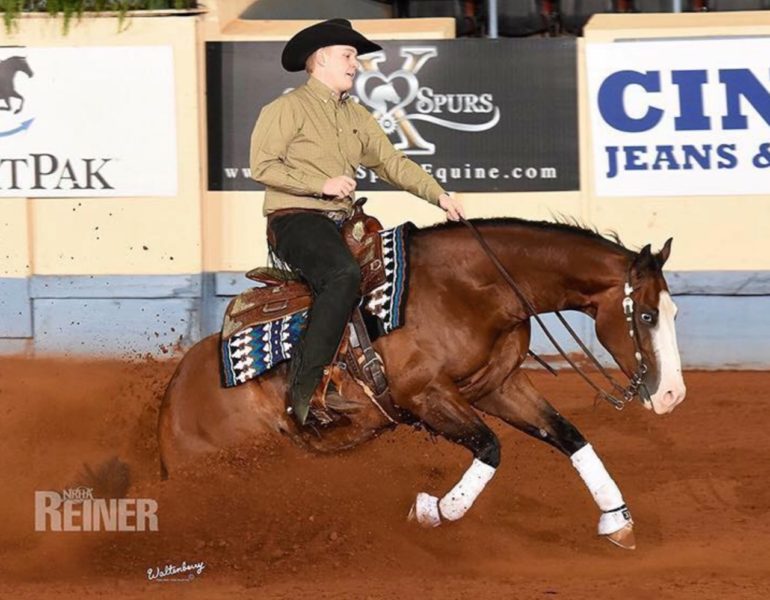 Cade and One Stormy Nite, bred by Turnabout Farm 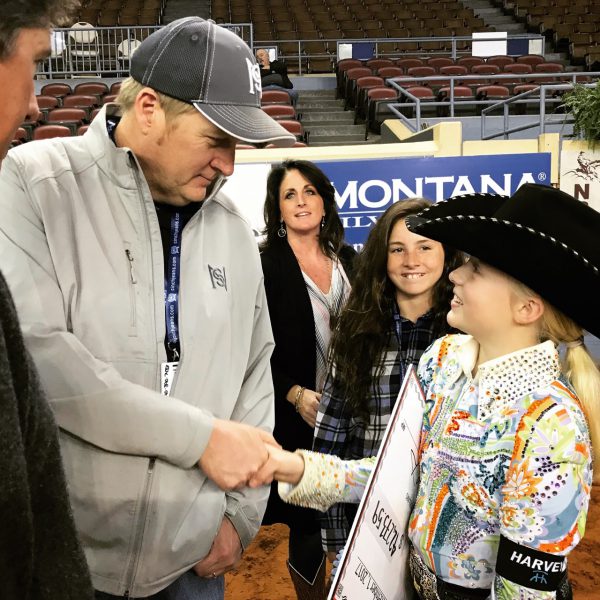 Carlee strikes a deal with her dad about what to do with her $14,000 winnings 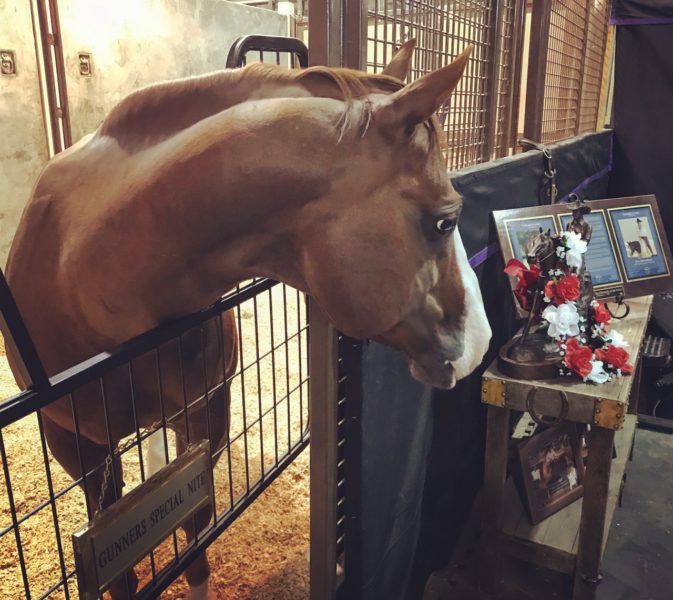 We co-hosted the party with Dave and Bonnie Silva, owners of the stallion Hollywoods Tinseltown, who also crossed the million-dollar mark this year. (He stands at Mandy’s parents’ McQuay Stables, our neighbor in the show barns.) Whenever you feed people at this long, grueling pressure-cooker of a horse show, they are always grateful; crowds lined up for the hot food, cocktails and champagne, and glittery cupcakes.

And then it was time for the ceremony, which would kick off the show’s feature event, the Open Futurity Finals. Tom led Bailey, in his Gunners Special Nite logo cooler, through the crowds and into the chute by the in-gate. And have a look at this—a lot to ask of a breeding stallion, squeezing between all these people, couches, bikes, saddles, bar tables, etc. (You wouldn’t find a warmblood stallion walking so calmly through all this.) Bailey did give a little nicker at a couple of horses he passed… 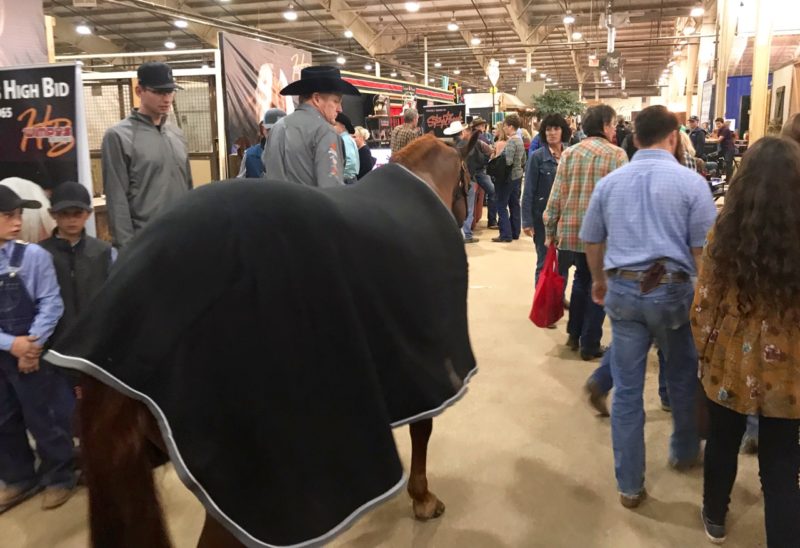 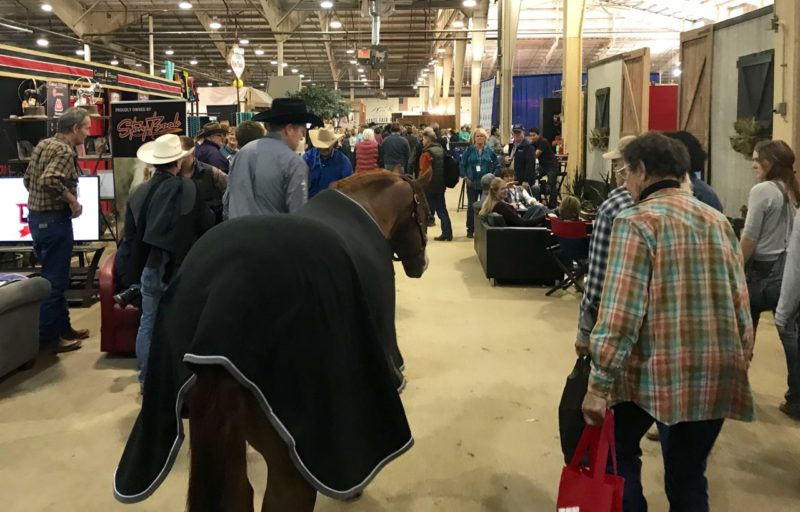 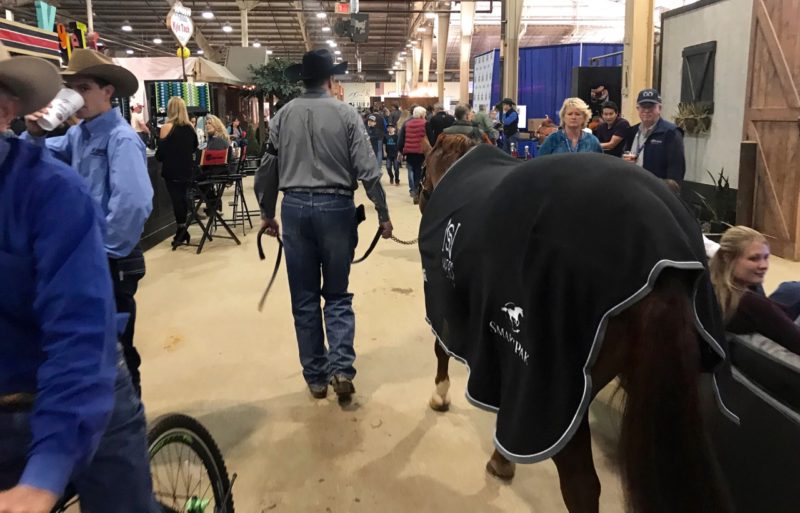 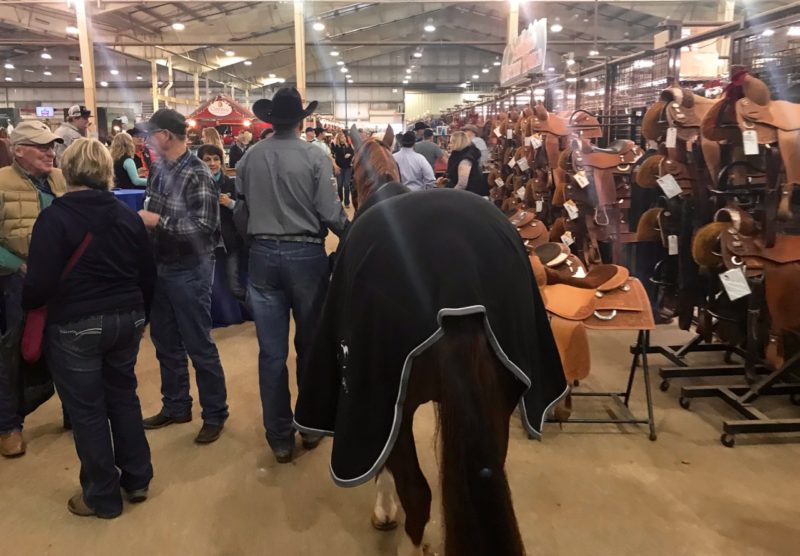 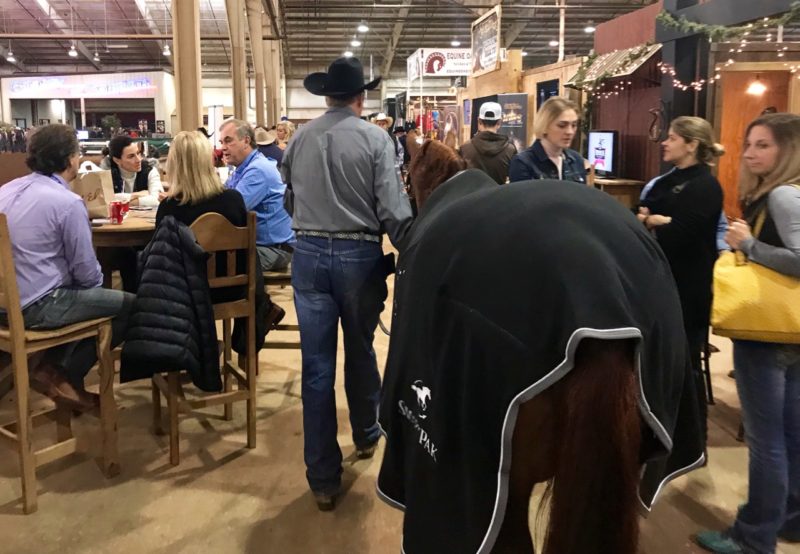 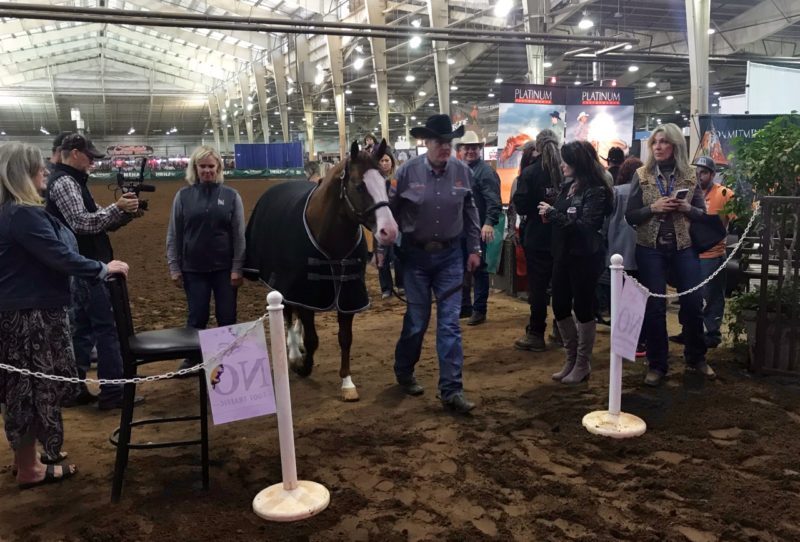 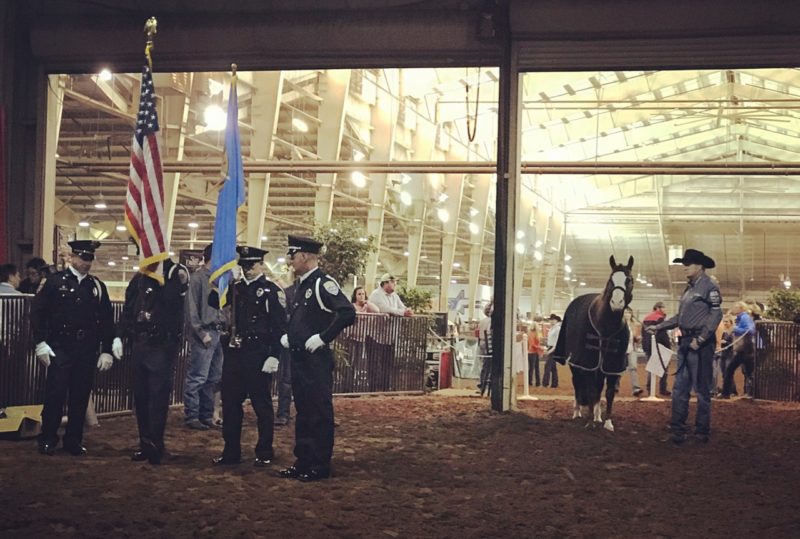 Bailey’s family of people—Tom, Mandy, Cade and Carlee McCutcheon; Barb Wibbels and Dr. Pat Garrett, who handle Bailey’s breeding, and my husband and I—accompanied him to the arena floor, where the Million Dollar Sires’ portraits were unveiled, under spotlights, while action videos played on the JumboTron, and NRHA officials gave the owners armfulls of roses and humongous bronze trophies.

Bailey stood patiently and handsomely with his ears up for most of this; although Tom did have to discuss with him what was fair game to chew on—his fingers vs. the lead shank vs. Tom’s shirt, eg. At thirteen years old, Bailey is shiny and fit and looking excellent. It was a pleasure to bring him out for the reining world to see again, after these years have gone by. 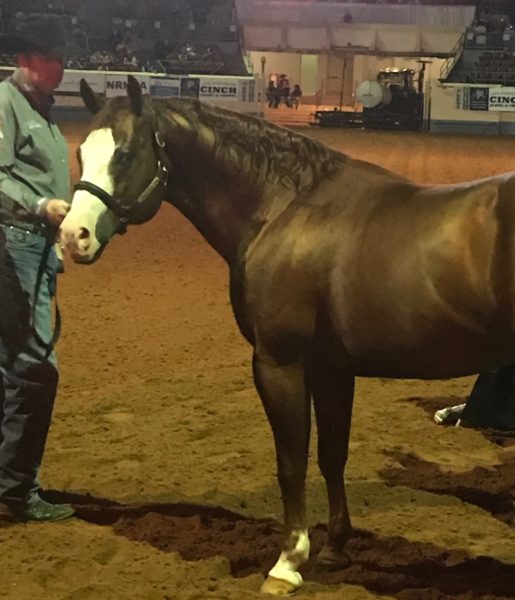 In the arena, photographed by 12-yr-old papparazzi Macie Damon

In the Open Finals, his offspring won another $65,000, bringing his total offspring earnings to more than $1,445,000, which makes him the overall top-producing son of his late, legendary sire Gunner. In the fickle business of horses, it’s a beautiful thing to have such cause to celebrate. And Bailey has already given us more than we could have imagined. 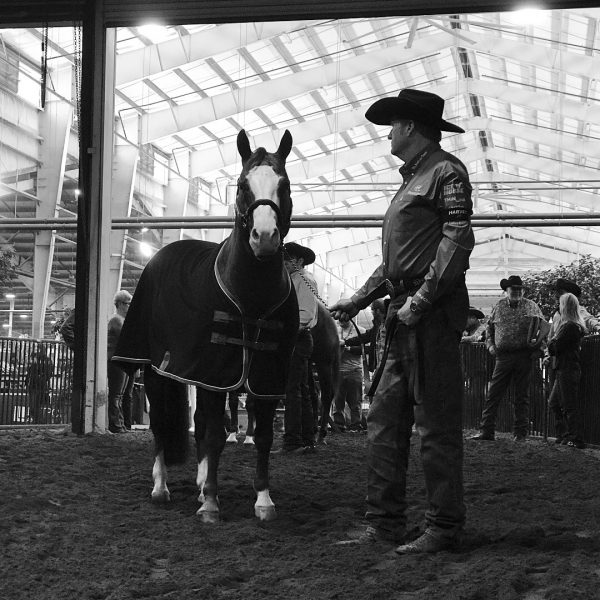 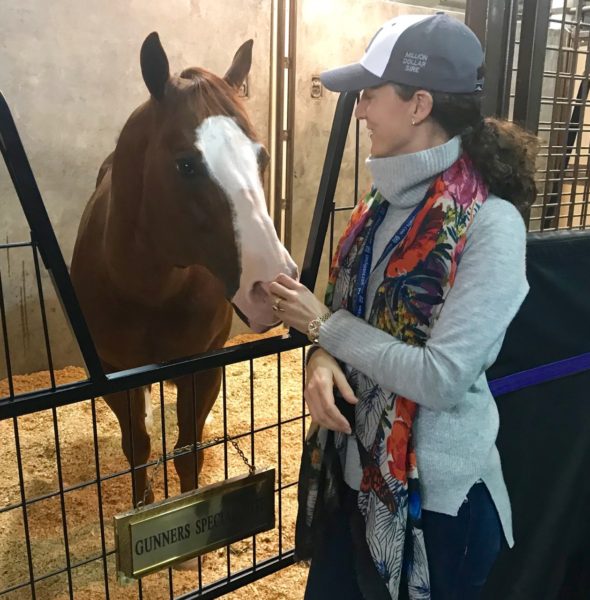 Read my in-depth story about another year’s NRHA Futurity here.

Another excellent project by the weenie dog this m

Work With Me! As we enter the new year, it’s a w

Merry Christmas to all! ❤️🎄 #coloradochrist

The sock monster strikes again, three thefts in on