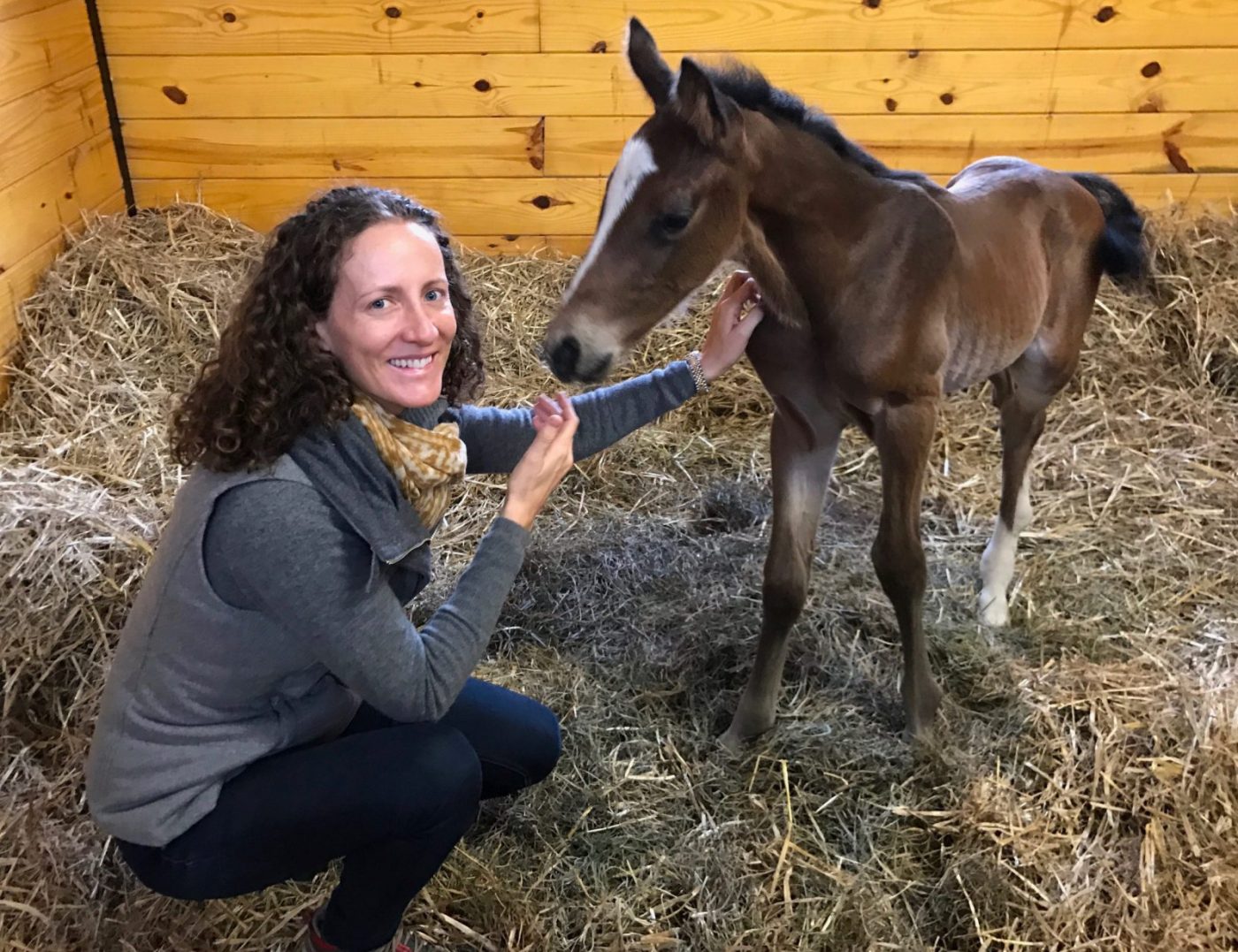 There is nothing like a new foal—those beanstalk legs, the soft little muzzle that fits in your palm, the way he’ll make friends if you get down low and let him check you out. Even the shy ones are curious. With some, it feels like an accomplishment to get them to sniff your hand. Others seem ready to climb into your lap for a back scratch.

We’ve had plenty of foals in Europe (jumpers) and Texas (reiners), but these will be our first-ever foals at home: three handsome jumper colts, born at Kate MacPhail’s Takoda Farm half an hour north of here. Kate’s an expert on mare care and foaling. We sent her our mares a month before their due dates. Soon they’ll come home with their baby boys and move into our hilltop pasture.

In the meantime, we visit a lot, sometimes even after dinner on a weeknight, or straightaway once I get my husband from the train. His boy Pavie was the first one born. He’s out of my husband’s mare via embryo transfer and resembles his mama in almost every way—her big, strong build and expressive eye, though the half-moon star on his forehead comes from his paternal grandmother, Ratina Z, one of the greatest showjumpers of all time. My husband is smitten. And he was there for Pavie’s first moments, having rocketed up the road as soon as Kate’s foaling-alert text came through. (I was still in Florida; he happened to be at the farm.)

Pavie had some trouble standing up with those mile-long legs, until Kate sent my husband in to help. (Turn up the volume. He says, “I think this is it. Okay, let’s get up together.”)

For a guy who’s already madly in love with his mare, and with this being her first foal, and the first foal that’s really his own, out of all the ones Turnabout Farm has bred—you can imagine how this experience sent his Pavie-obsession to a ludicrous level.

Colt number two, Elliot, was born five days later. “My foal is good and yours is naughty,” my husband reported. Exhibit A, from the foal cam:

Elliot is by the great sire Cornet Obolensky and out of my mare Eloise, also via embryo transfer. He has classic good looks: strong, balanced confirmation and the domed forehead and slender nose that tend to make for a very pretty head in adulthood. 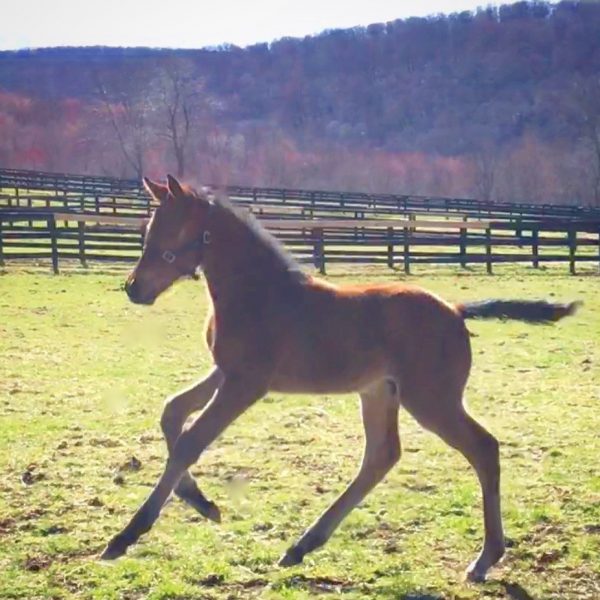 Eloise, the oldest daughter of my best broodmare, Labelle, also carried a foal this year. He’s the baby of the bunch, born six weeks after Pavie and Elliot. Here’s little Dominic, by the sensational young stallion Dominator Z, at two days old: 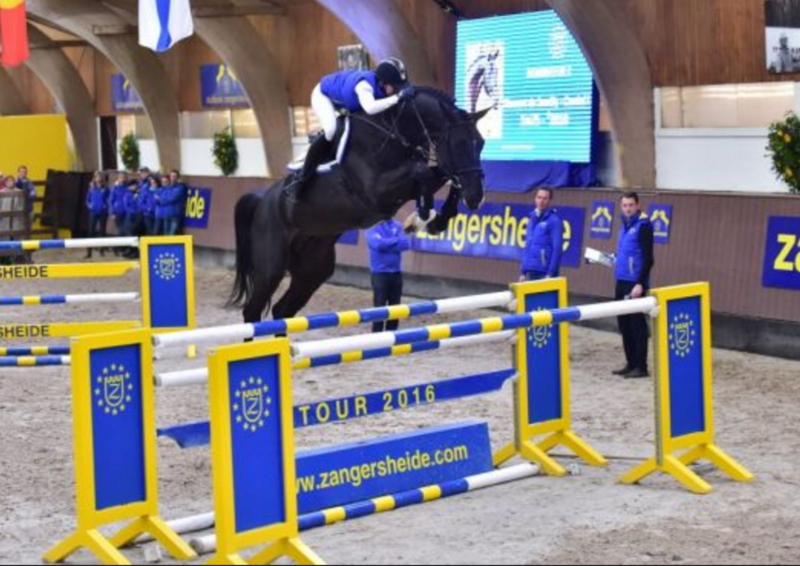 We had another Dominator foal born recently in France, a filly out of Eloise’s mother, the fabulous Labelle. Her filly and Eloise’s colt are practically twins: 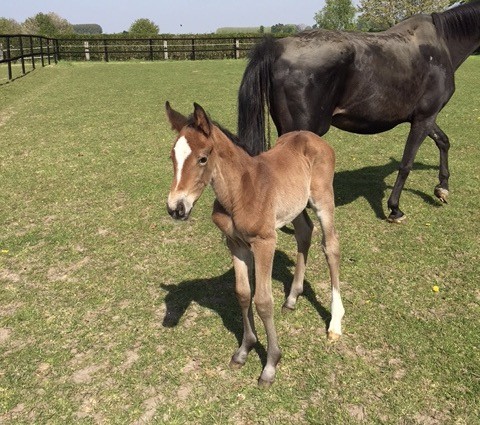 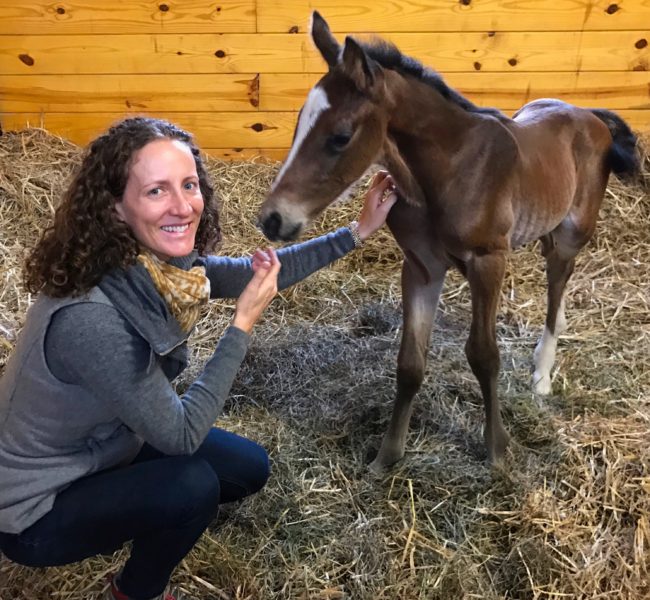 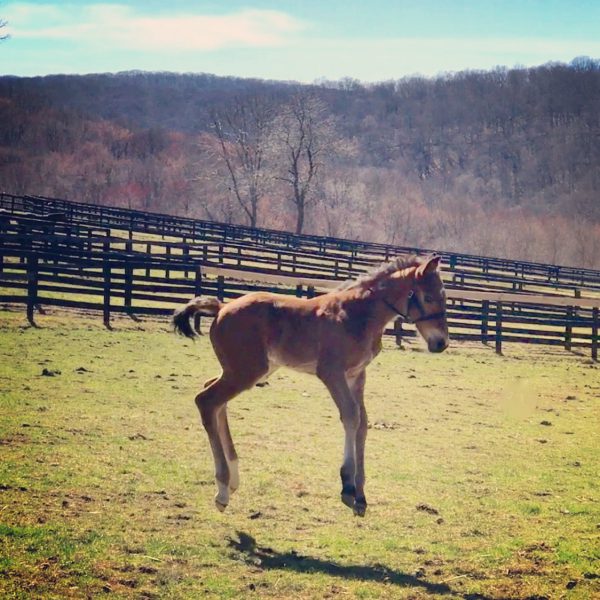 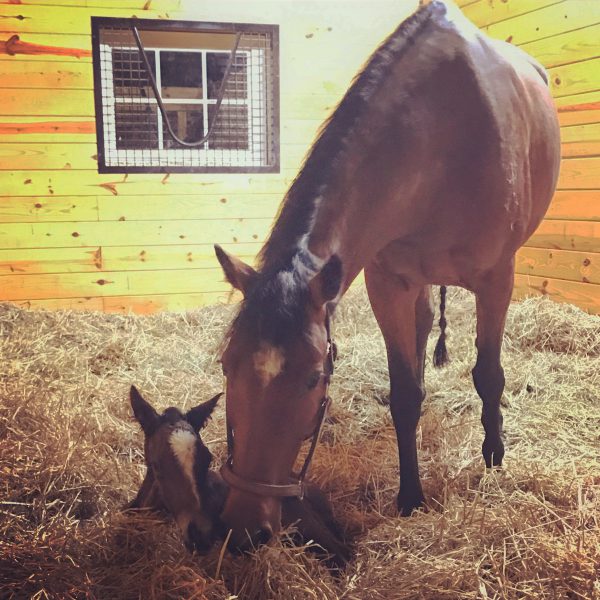 Eloise is a great mama. She wouldn’t move that foot until her baby boy got up from his nap: 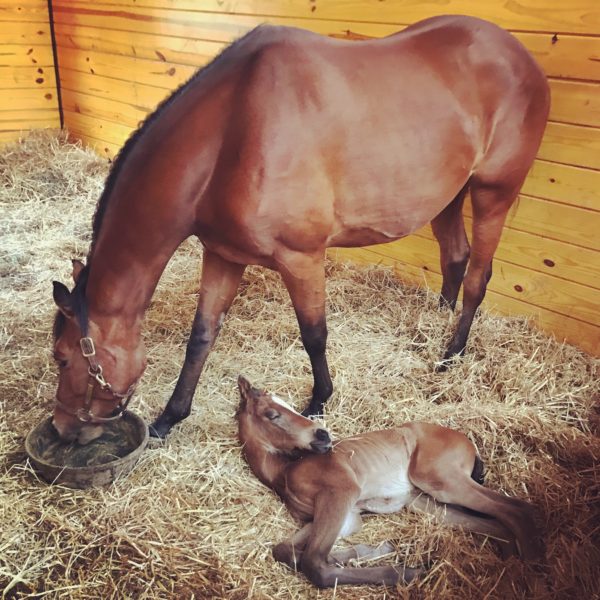 For more about our jumper breeding, check out this post from the World Equestrian Games in Normandy.