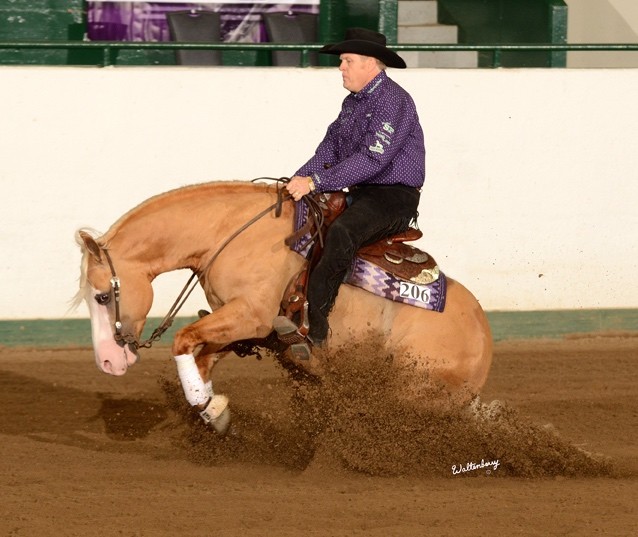 I did not get to see all this good stuff unfold. We’re on a Maine island with cellphone-only Internet, nonconductive to live-streaming video. Mandy texted me updates from the Minnesota State Fair Park. It was cocktail hour here, which helped only a little with the excruciating suspense. Turns out when you’ve spent four years promoting your breeding stallion, watching his offspring grow up and learn to rein, and dreaming of their show-ring debut, you get pretty bonkers when that moment arrives.

Sunglasses At Nite, a flashy, white-faced palomino out of our mare Chexy Dun It, was an early-days poster boy for our breeding program. Such a handsome foal: 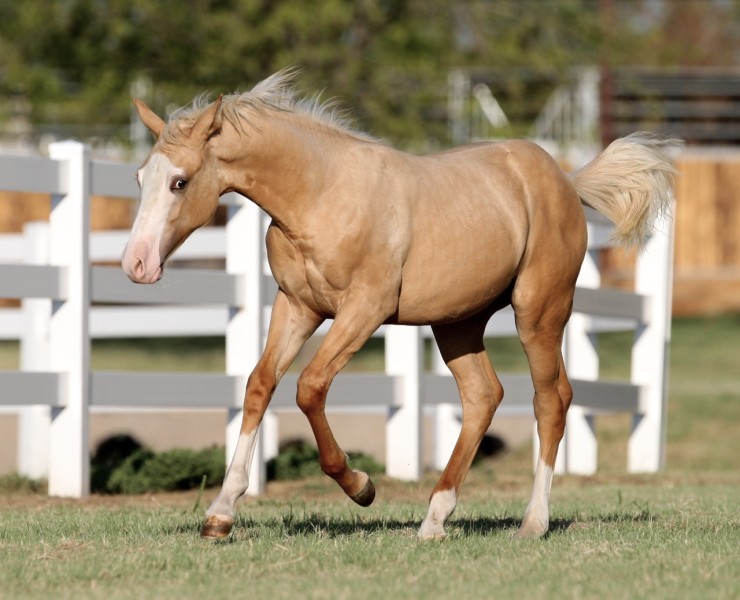 Sunglasses At Nite, a.k.a. “Corey” (Photo by John Brasseaux)

In training, he has presence and style and a golden mind—wants to do his job, wants to learn—that holy-grail horse-personality you hope, and expect, will translate to heart in the show arena. But showing, for all kinds of reasons that seem to be obvious to horses, feels really different from training. And you never know for sure, until your horse actually competes, whether he’ll walk in there and try.

He showed fifteenth in the order. Mandy texted me his score: 222.5, to take the lead. Then the nail-biting: twenty-four more horses to go, a long time waiting to see if his lead would hold. We poured the vodka-tonics and, just for luck, I subjected everyone to the namesake 80’s song on sporadic cell-phone-speakers repeat—ah, that fabulous synthesizer-and-drum-machine intro and howling electric guitar, the sound of 80’s night clubs and aviator glasses and fighter jets and something thrilling about to happen.

When our mare One More Nite scored a 220.5 to move into the second-place tie, we decided the tactics were working. (Hey, I’m not the only one; I have yet to meet a totally-superstition-free horse person.) Or at least is was fun to think the tactics were working, and to have something to do. The final entry was a good one, a contender, so those moments awaiting Mandy’s text were extra-tense. Then the celebration began.

Earlier in the day, Mandy showed her GSN colt, Love A Rainy Nite, to the Non Pro Reserve Championship. 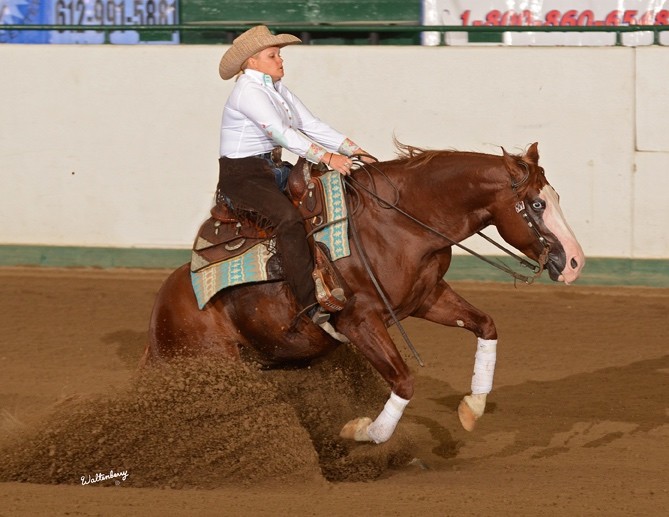 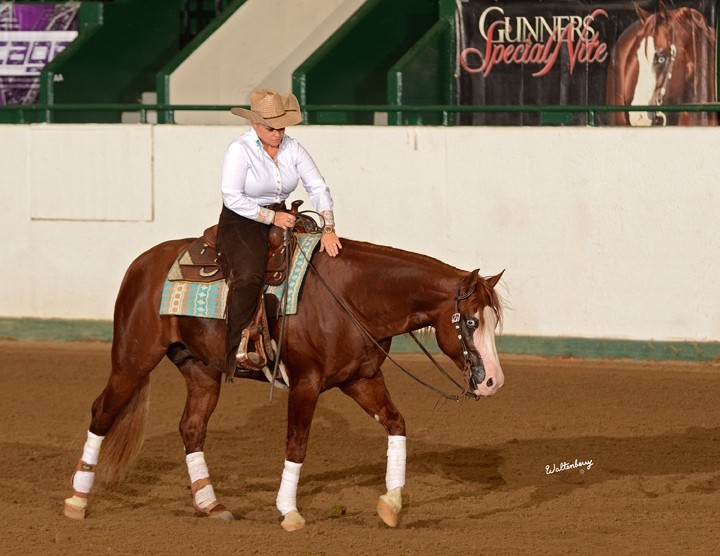 Eddie’s a ringer for his daddy.

Gunners Special Nite bred 150 mares in 2011. So there are lots of three-year-olds out there, scattered around the U.S. and Europe. Another fun thing about the breeding business: all those clients and friends to root for as the Futurity season unfolds…