Retirement With A View 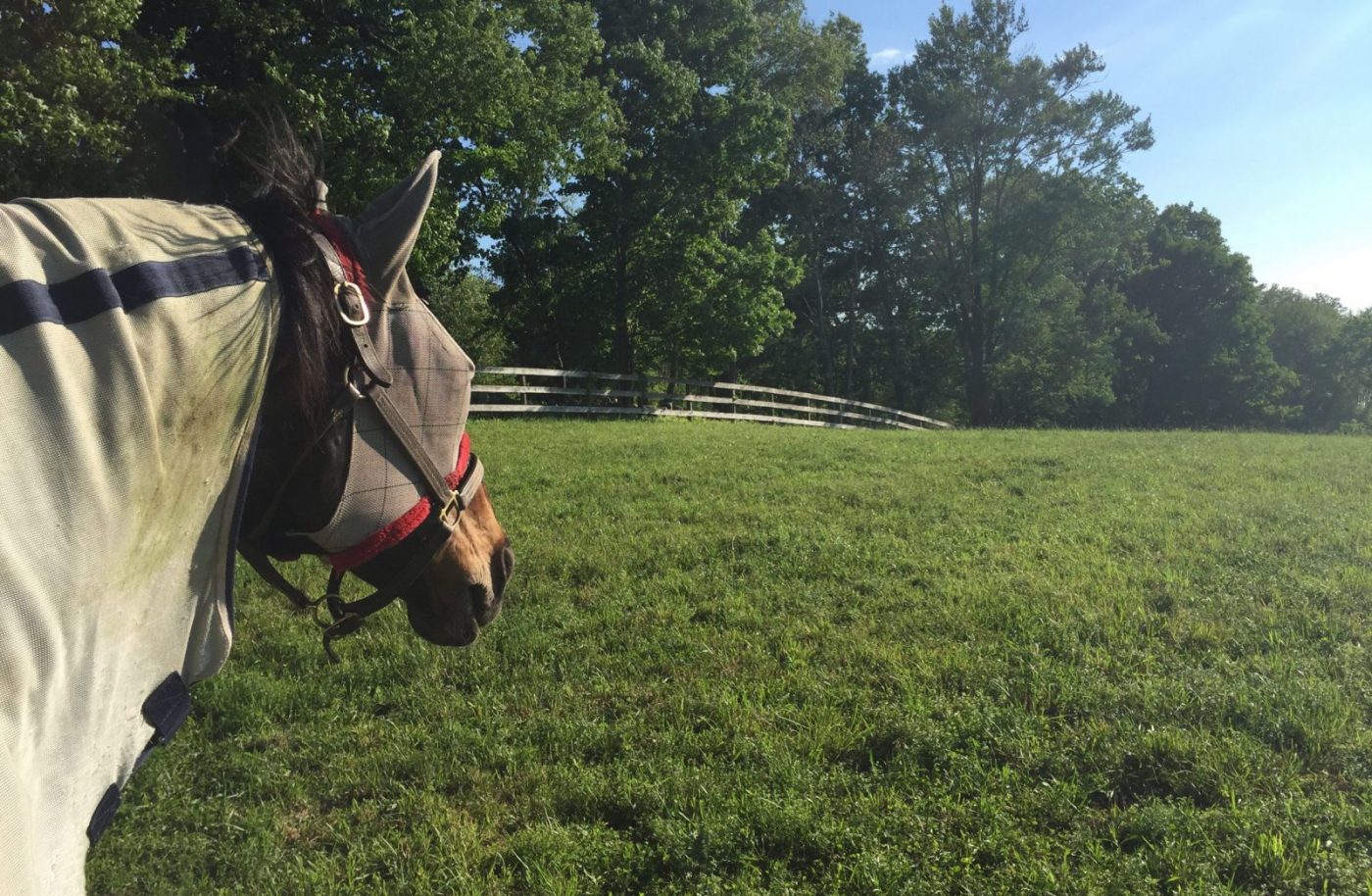 They like it! Otter and Grappa have decided the hilltop meadow’s not so bad. Now that they get their meals up here, there’s no more leaning on the fence, barn-ward, at suppertime.

On this breezy June late afternoon, the birds were singing, the trees were tossing in the wind, and the boys, in full-body bug armor, enjoyed the weather and grass. Starring Grappa, a.k.a. “The Moose,” and Otter, a.k.a. “The Bug” (which latter nickname evolved, of course, from “Otter-bug.”):

When you’re an equine senior citizen who’s getting a little creaky, moving around all day and night is just what the doctor ordered. And these guys still come down to the barn once a day to be groomed and checked over. It’s a good life, and they’ve earned it.

Otter’s career was less high-profile than Grappa’s, but Otter, in my opinion, was one of the all-time equitation best: that slow-mo ground-devouring gallop; that lofty, arcing jump; plus his aura of total kindness. Otter’s version of frisky (unlike Grappa’s, which often involved bucking people off), consisted of shaking his head a few times, or pulling on the reins.

Well, it turns out Otter’s the boss of any pasture. Wild-man Grappa is docile around other horses, while Otter keeps everyone in line. Like, eg., the time Kondor was rattling the paddock gate—super-annoying, in terms of noise—and Otter cantered over and made him cut it out. Or with Ray Ray, who now goes out alone due to lack of social skills. Otter always protected Grappa from Ray Ray’s attempts at biting, kicking, etc.

All’s peaceful now, except for the fact of Otter’s lifelong way of eating his grain: that is, very, very slowly; save-some-for-later-or-maybe-tomorrow slowly. Which doesn’t work so well when your best buddy has access to your feed tub. I did see Grappa finishing Otter’s dinner, then Otter rushing in there to chase him away. But given their respective waistlines, it’s not the end of the world. 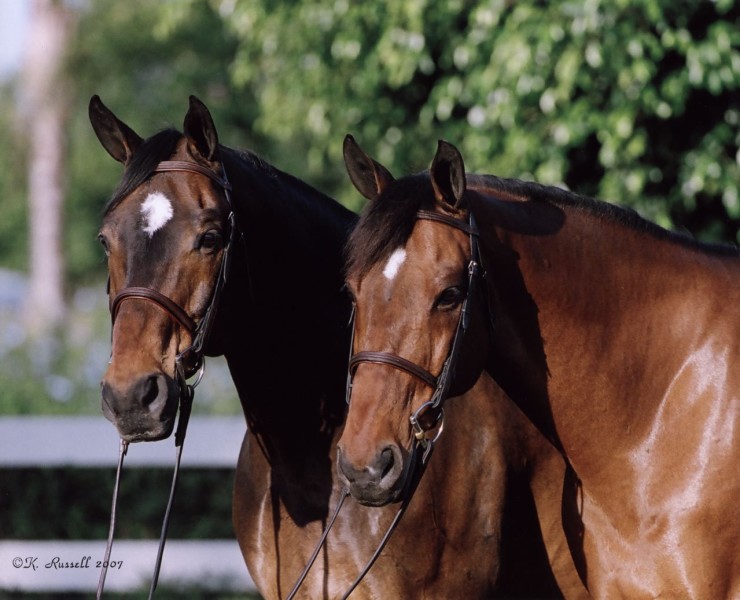 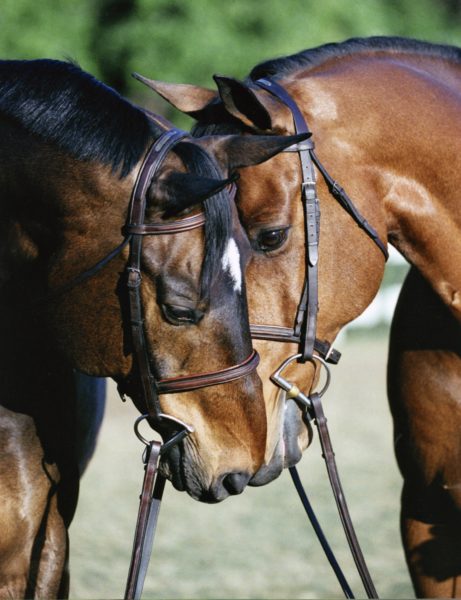 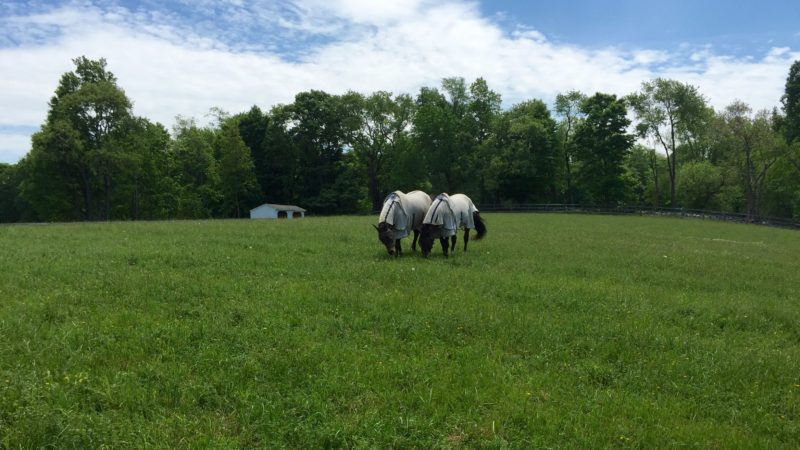