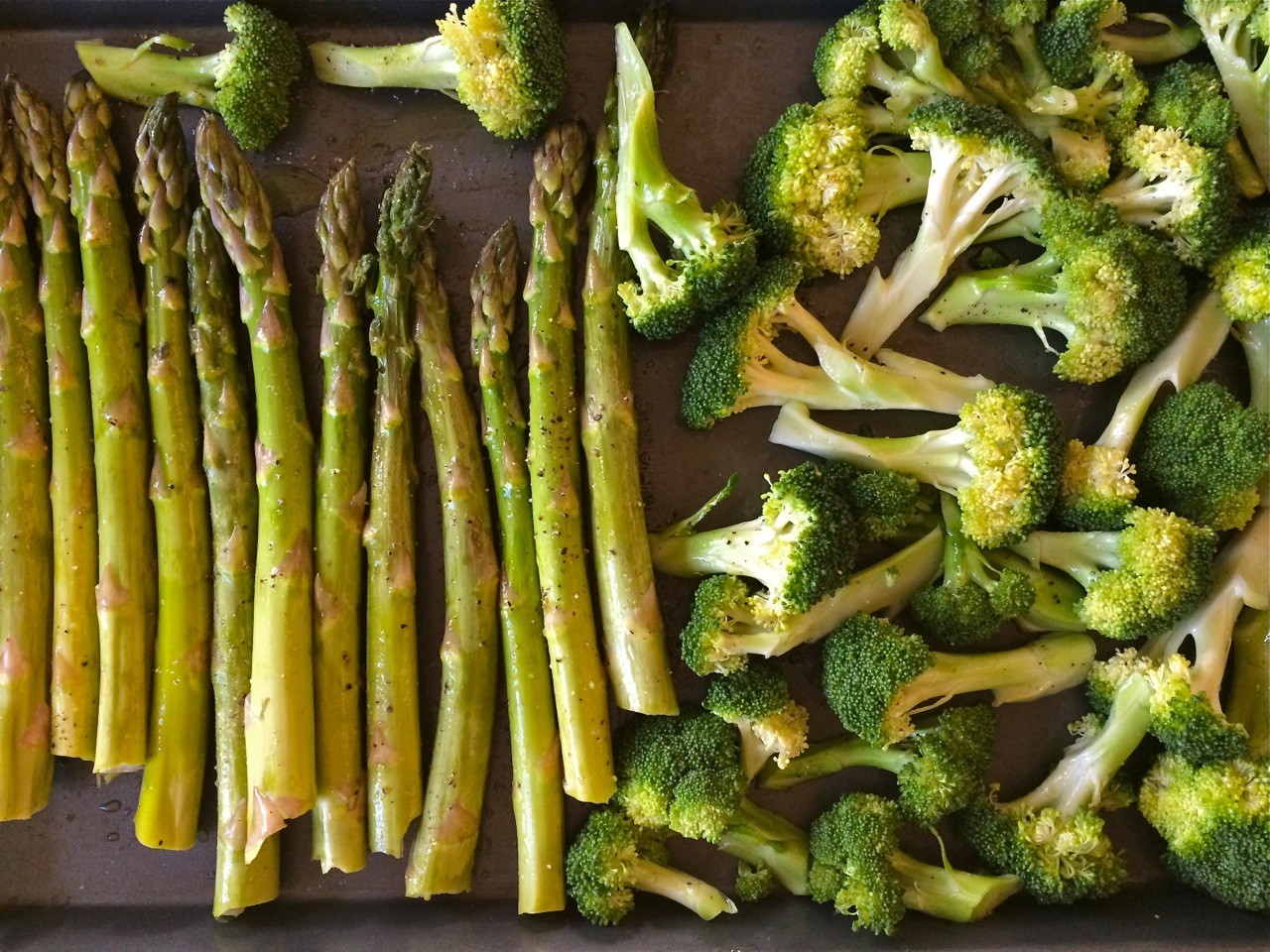 From our fifth annual Gloucester Summer Writers Retreat, an easy and delicious roasted veggie recipe by my friend Sasha Graybosch. Nutritionists agree at least on this: cruciferous vegetables do a body good. (Prepare asparagus the same way; just take it out of the oven sooner, after twenty minutes or so.)

Roasted Broccoli with Lemon and Chili

Preheat the oven to 400 degrees. Break the broccoli into florets and cut them lengthwise so they’re thinner and lie flat. Spread on a baking pan (one layer, so each piece will brown). Drizzle generously with olive oil and lemon juice; sprinkle with salt, pepper, and chili flakes. Use your hands to rub the oil and seasonings into the broccoli. Roast for 25–30 minutes, or until it’s tender and nicely browned. If you want, add some grated parmesan before serving. 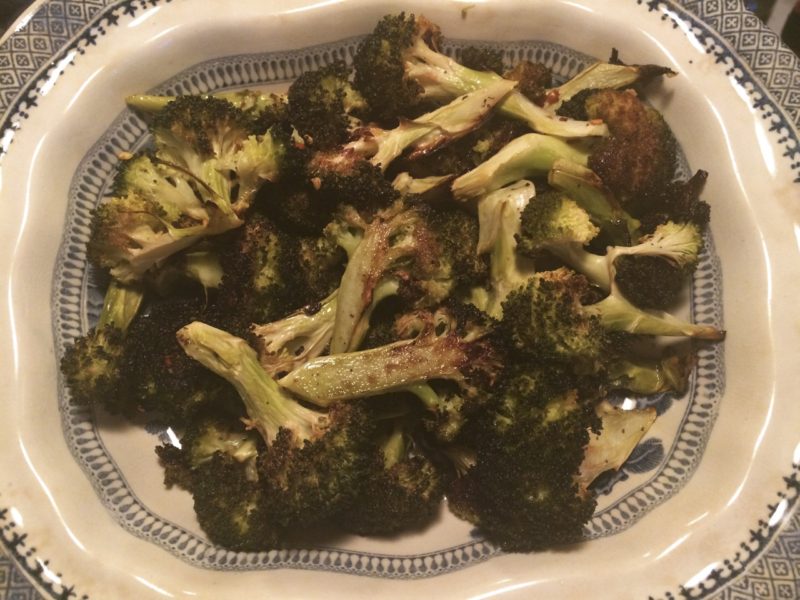 More from our retreat: 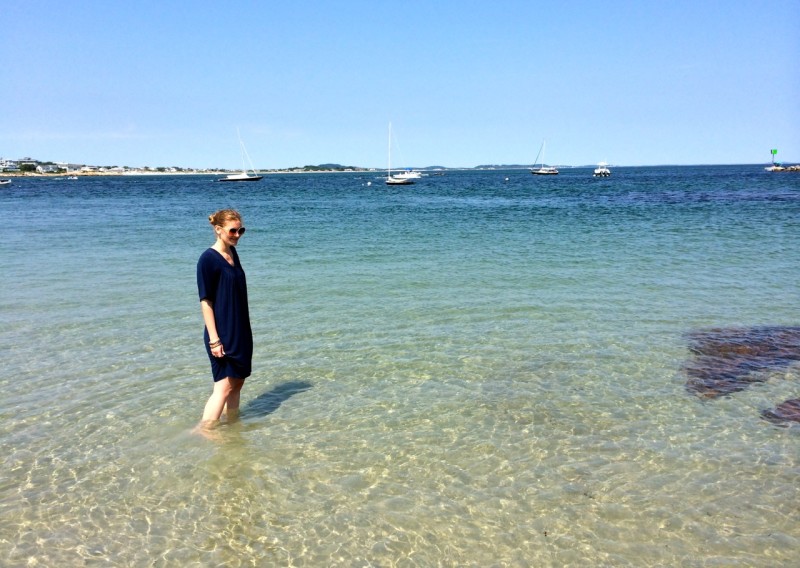 On what’s left of the beach at high tide 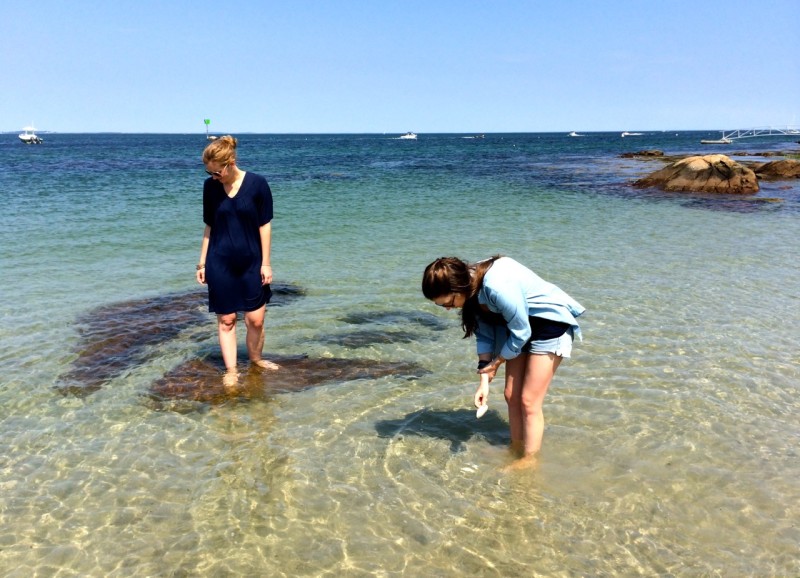 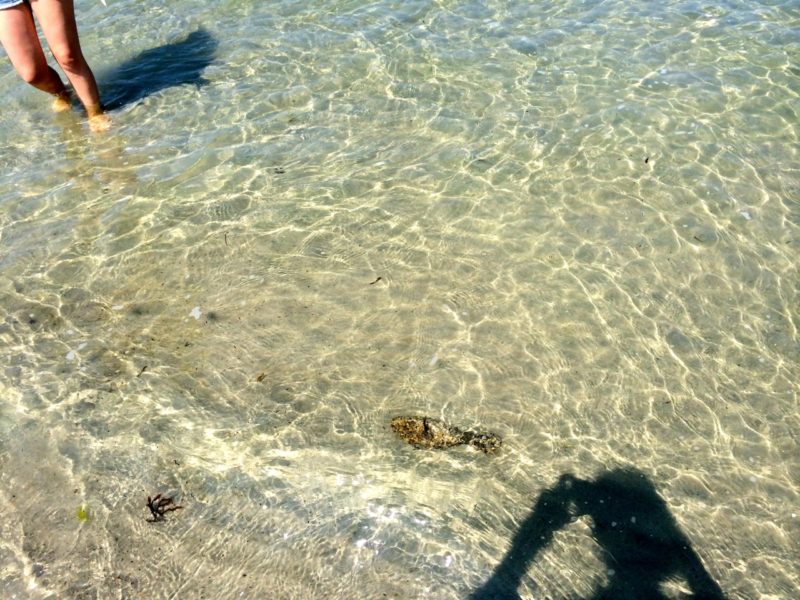 The water was as cold as I’ve ever felt it here. 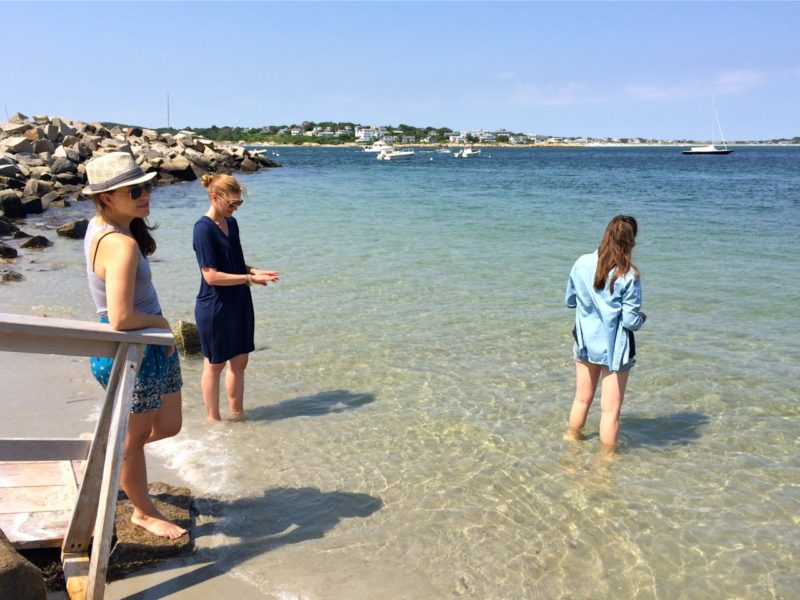 In the full-moon tides, the beach disappeared in high, clear water, then drained almost to the offshore moorings. We walked ankle-deep in waving sea grass alongside the moored cat boats, then around the rocky point on damp wave-ribbed sand—that ocean-floor texture—spotted with charcoal-colored sand dollars, broken shells, and clam blowholes that burbled when we stepped near them. In the shallows, tiny hermit crabs scurried in their turban-like borrowed shells, and gelatinous snails outgrowing their own correct shells made looping, oily underwater trails.

One low tide, we walked from Old Wharf Lot across Cambridge Beach and over the rocks, where we could see the crowded section of channel and beach on the other side—rows of bright umbrellas and striped towels, no room for even one more boat to nose onto the sand. Then through the village, past Brad “Dirt” Murray’s house, where every fall he hangs a skinned deer to cure, two doors down from the Yacht Club. (He’s the mover of local docks into their places in spring and back to their safe winter storage, rafted on mud flats and the cove’s marshy terminus, in late fall; also the proprietor of Dirt’s Dogs floating hot dog stand, serving boaters near that crowded beach, and second-generation recipient of a two-centuries-old Massachusetts medal of honor for lifesaving at sea.)

We stopped in my mother’s garden and filled Kate’s little cross-body purse with fresh peas, then walked up Squam Rock Road and into the pasture with its namesake glacial boulder (a rite of passage for local kids to climb it—you have to run from a few strides back and grab one particular crag that lets you hoist yourself), and down the woodsy trail to Lighthouse Beach, which connected back to our beach, on Old Wharf Lot, with the water so low. A father pedaled a bicycle across Lighthouse Beach with his son in the front basket. Some other boys were excavating an elaborate castle moat. A woman meditated on a high, smooth rock. We carried our shoes home, walking in the chilly shallow water.

We do get work done, too, reading and writing on the sun porch overlooking the bay. As Sasha said, “It’s amazing—I’m so happy here AND so productive.” Evenings we mix cocktails and grill and play dorky camp games: charades, mafia, or catch phrase. Mornings I do yoga on the shaded porch by the hammock. When it’s cool enough at night to sleep without fans, we fall asleep to soothing ocean sounds and wake up to raucous birdsong and the racket-twang and drifting voices of tennis down on the Old Wharf Lot courts. 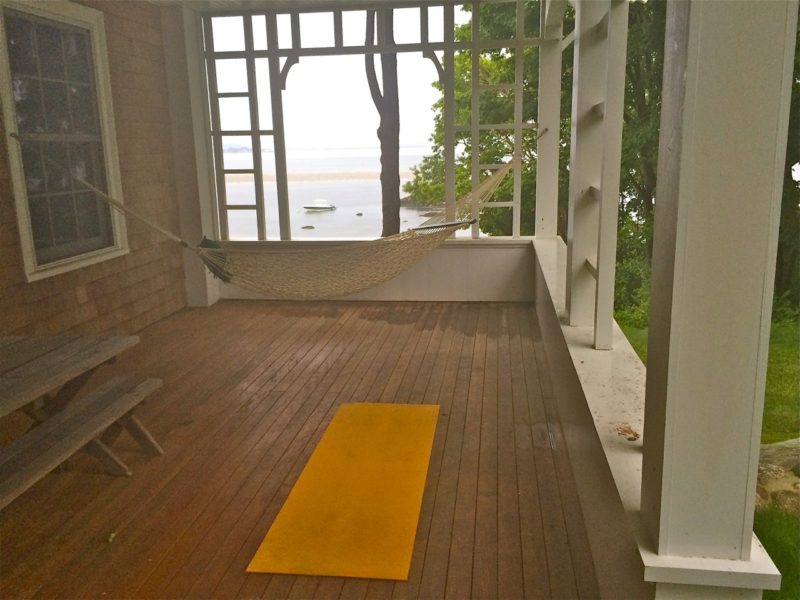 Foggy-morning yoga by the hammock 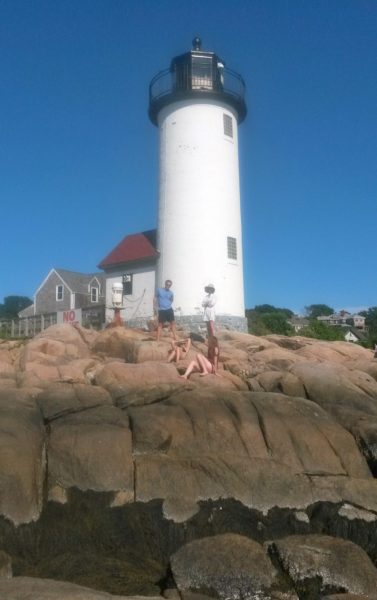 On the lighthouse rocks at low tide (Photo by Sasha) 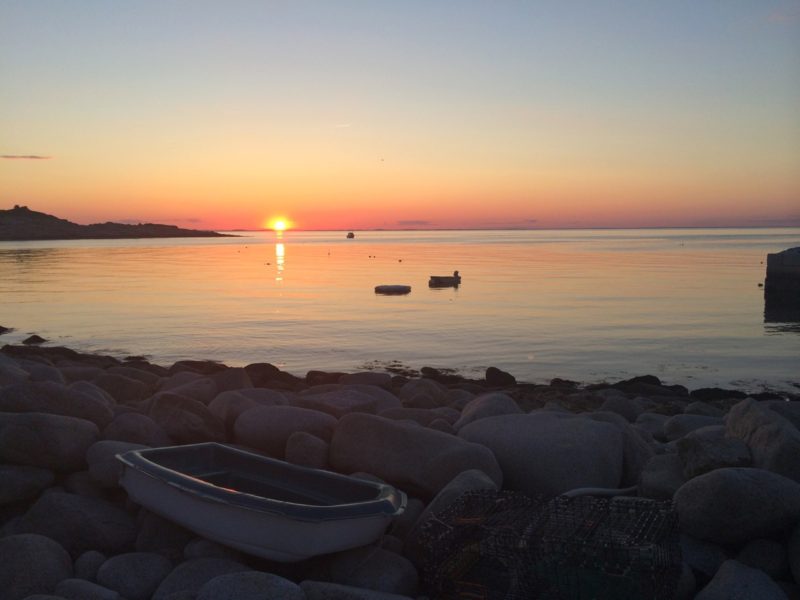 Sunset at the local fresh-and-fried seafood place, The Lobster Pool