So, About That Junk In The Woods… 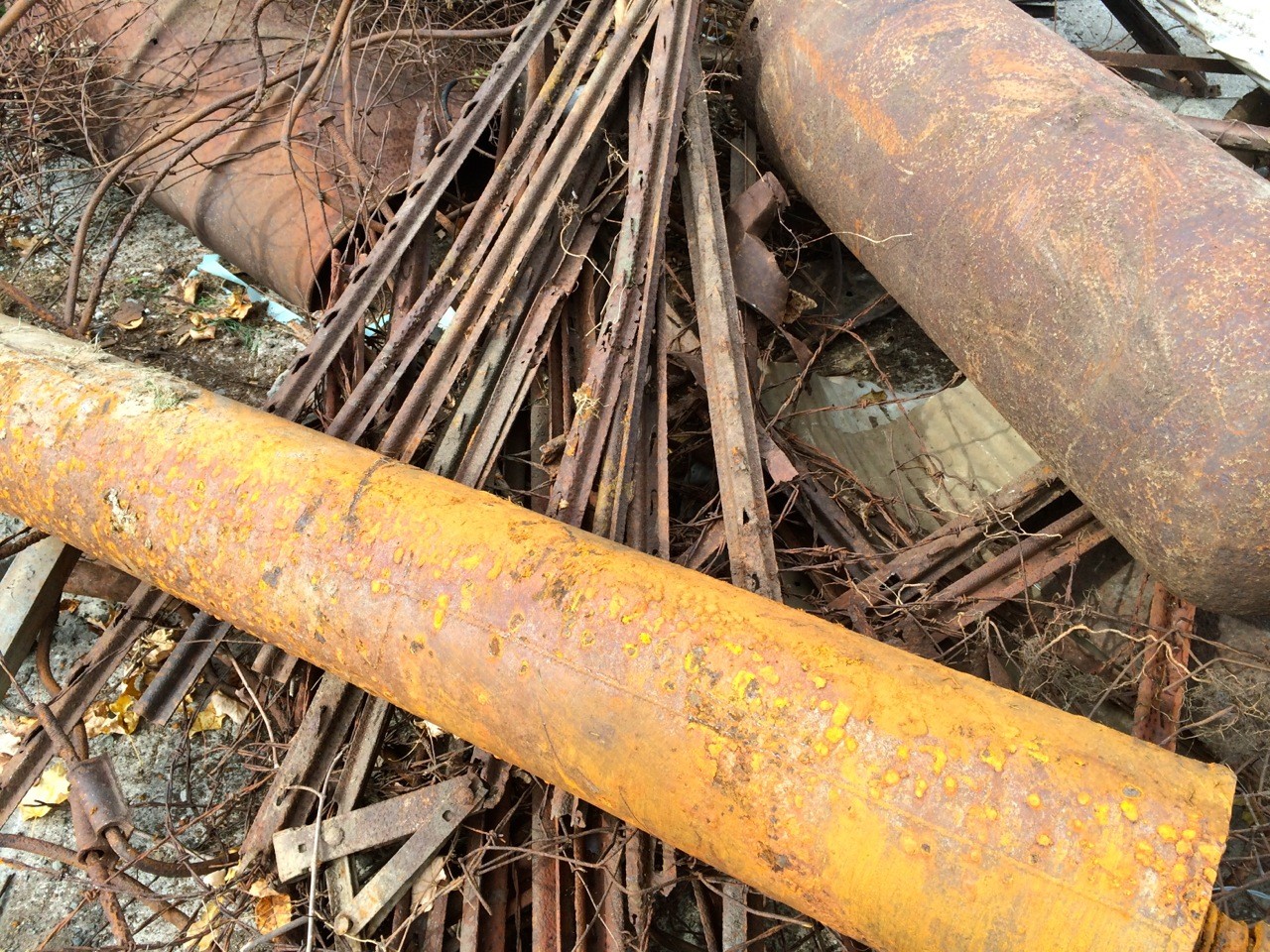 Phase one of junk-metal removal has begun: so far, a giant dumpster-full, plus this rusted steel piled in the manure bunker. Other treats in the woods include cans and broken glass, a vine-tangled manure spreader, a mini-fridge with a tree growing out of it, a rusted harrow dating from colonial times, and a giant rusted cylinder that my husband says is the stern of a World War II U-Boat. (Our manager calls it The Fuselage.)

Good thing we have our caretaker here with his excavator, dump truck and backhoe. As our manager said, “I’ll take the bathtub with a side of tetanus.” 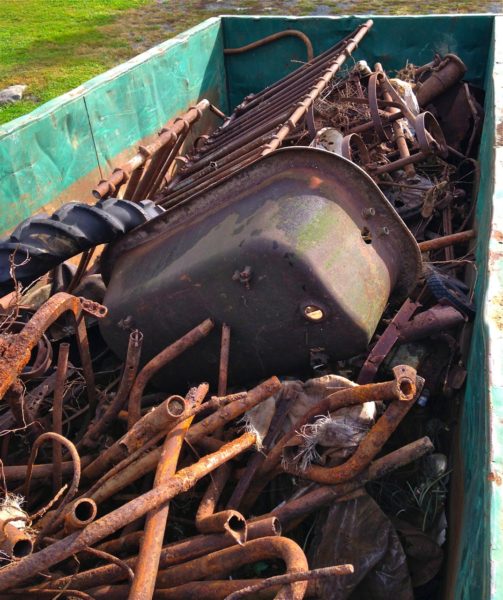 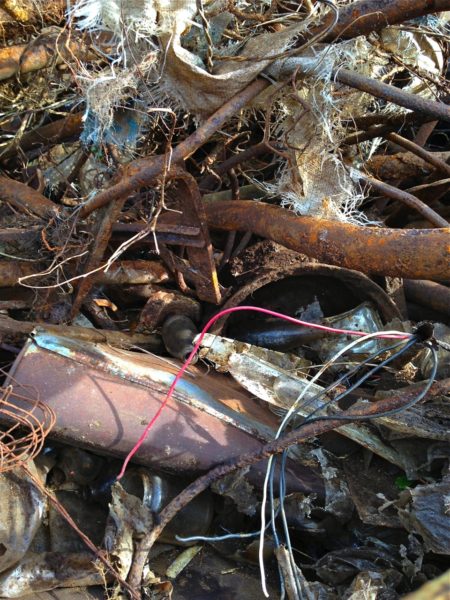 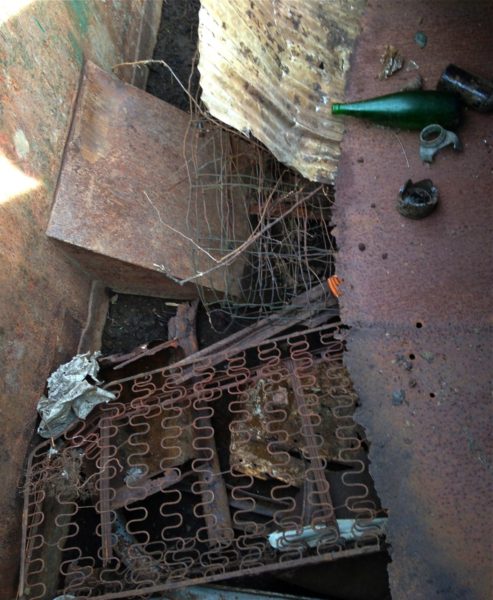 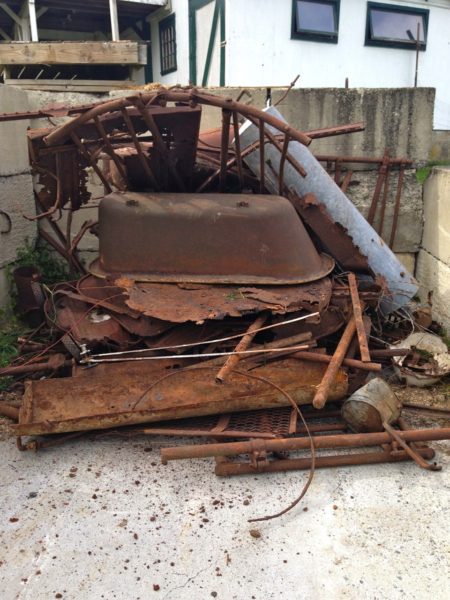 Start of the bunker pileup… 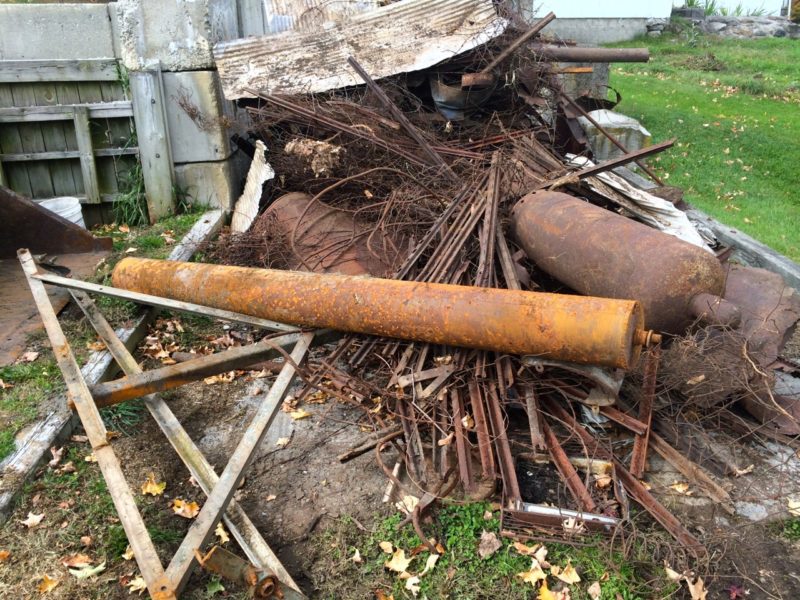 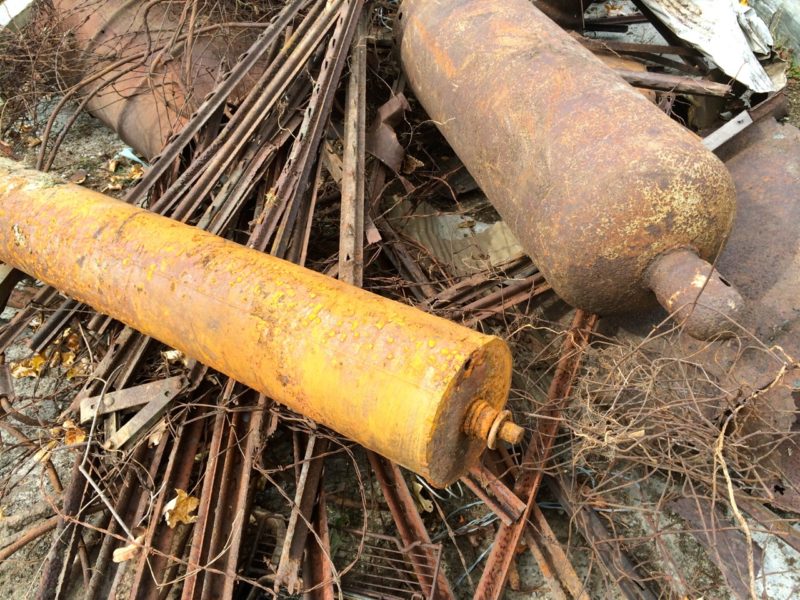 The orangey one was extracted from the pond. 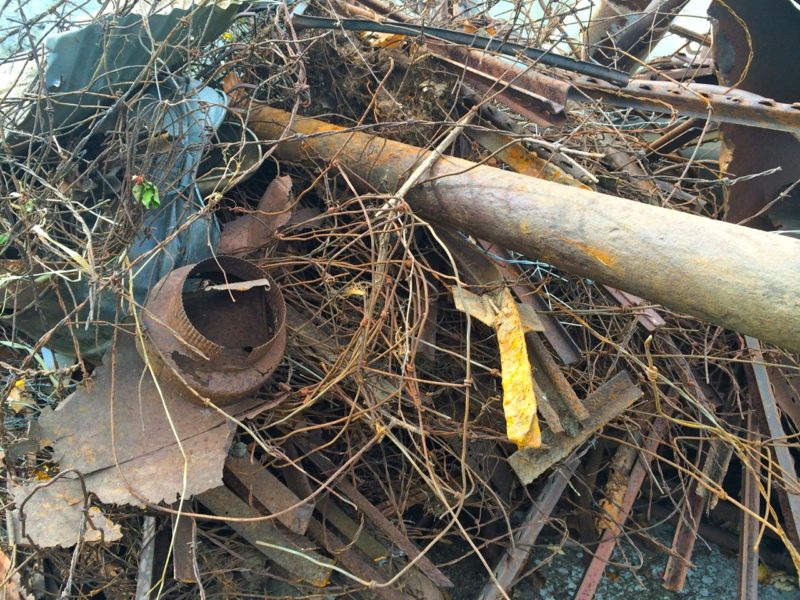 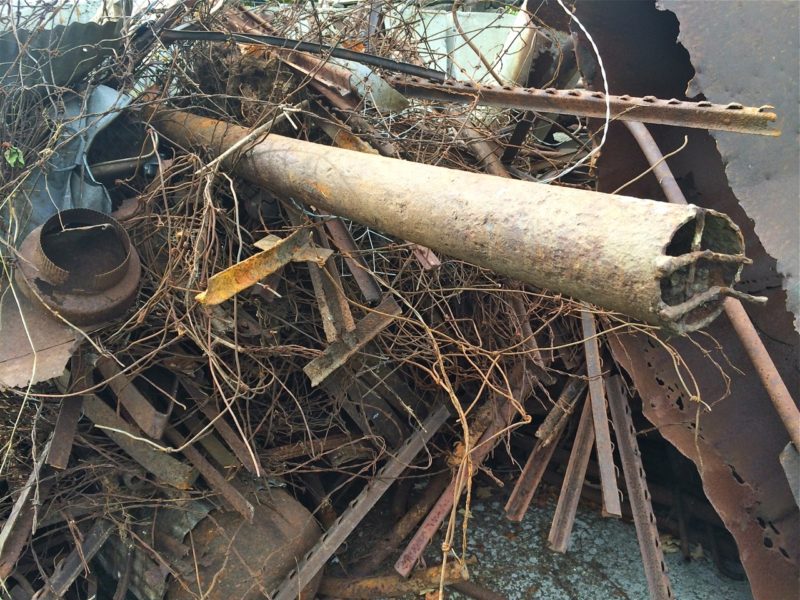 Nice feature on the end of this pipe 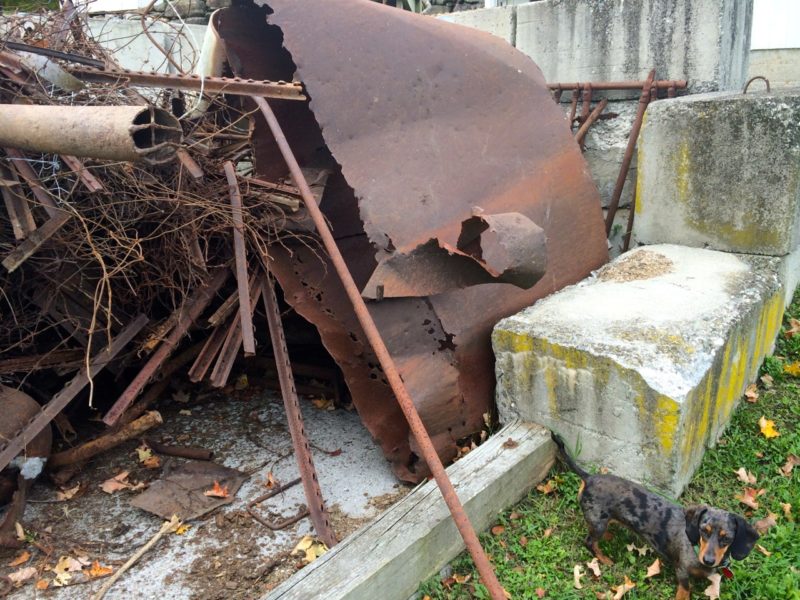 Jammy in there for scale 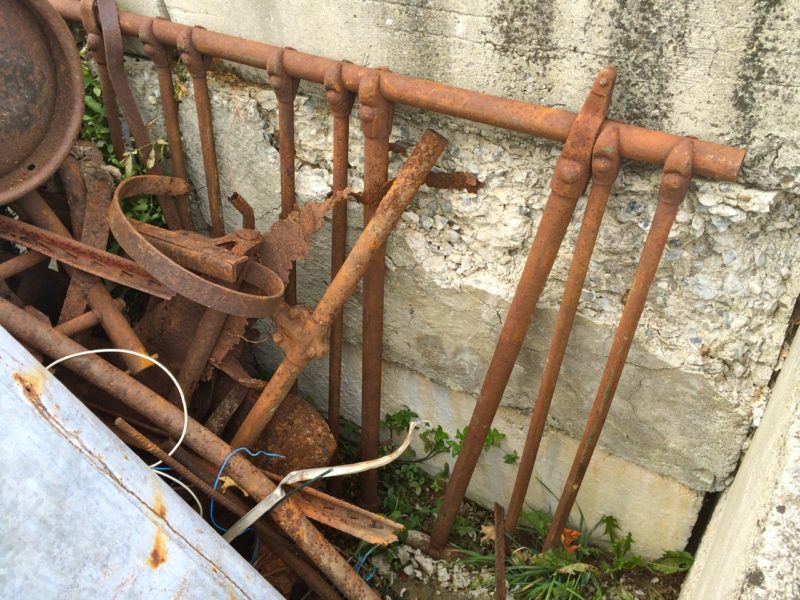 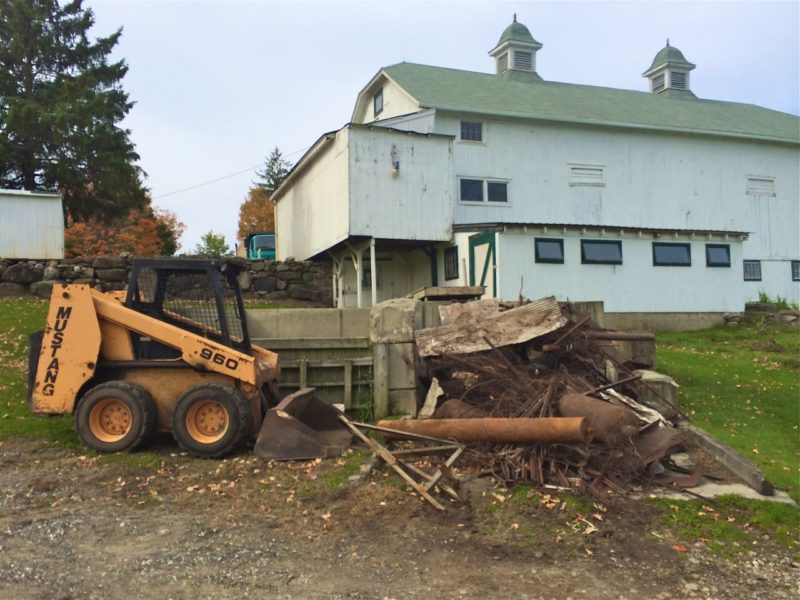 Still at large (photos by Kristen Whalen from winter): 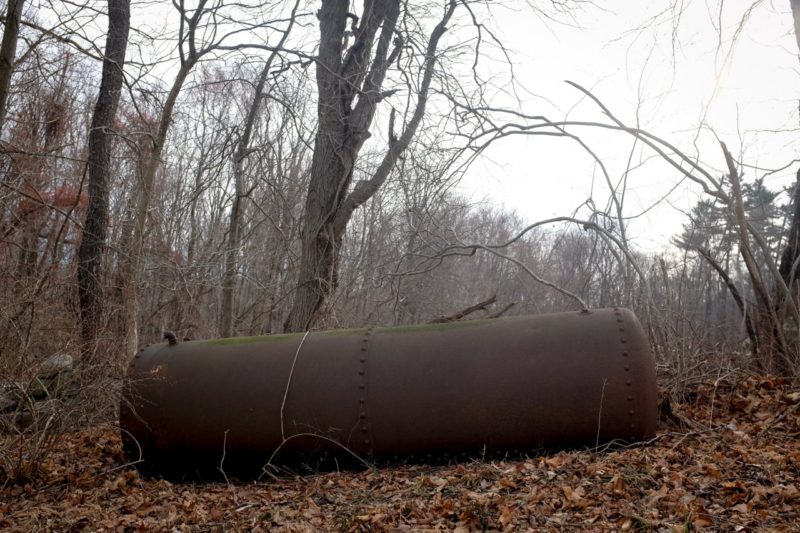 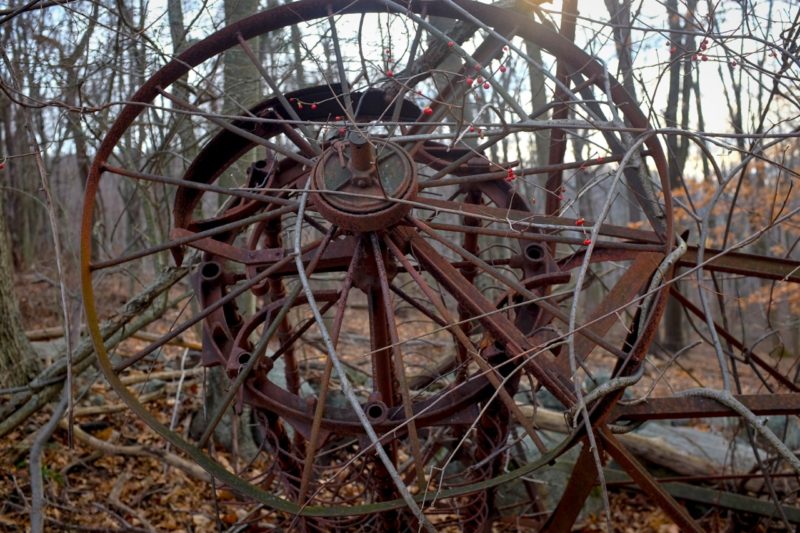 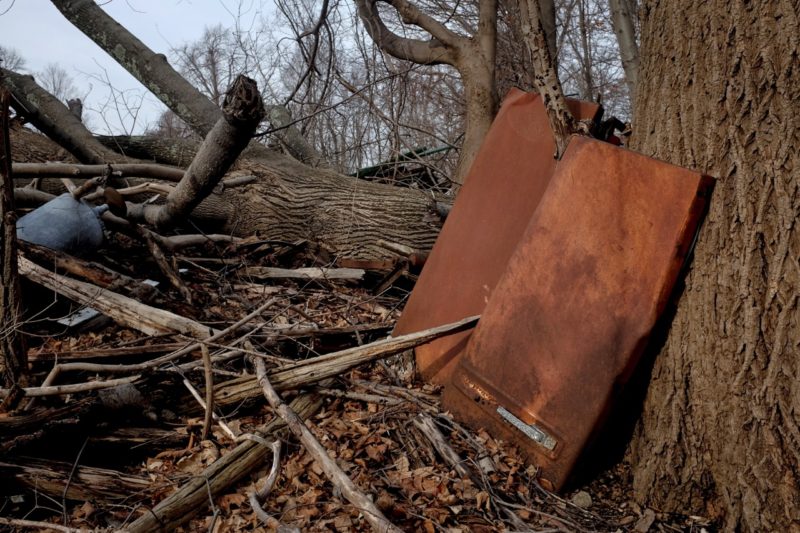 Meanwhile, the weenie dog has work to do around th