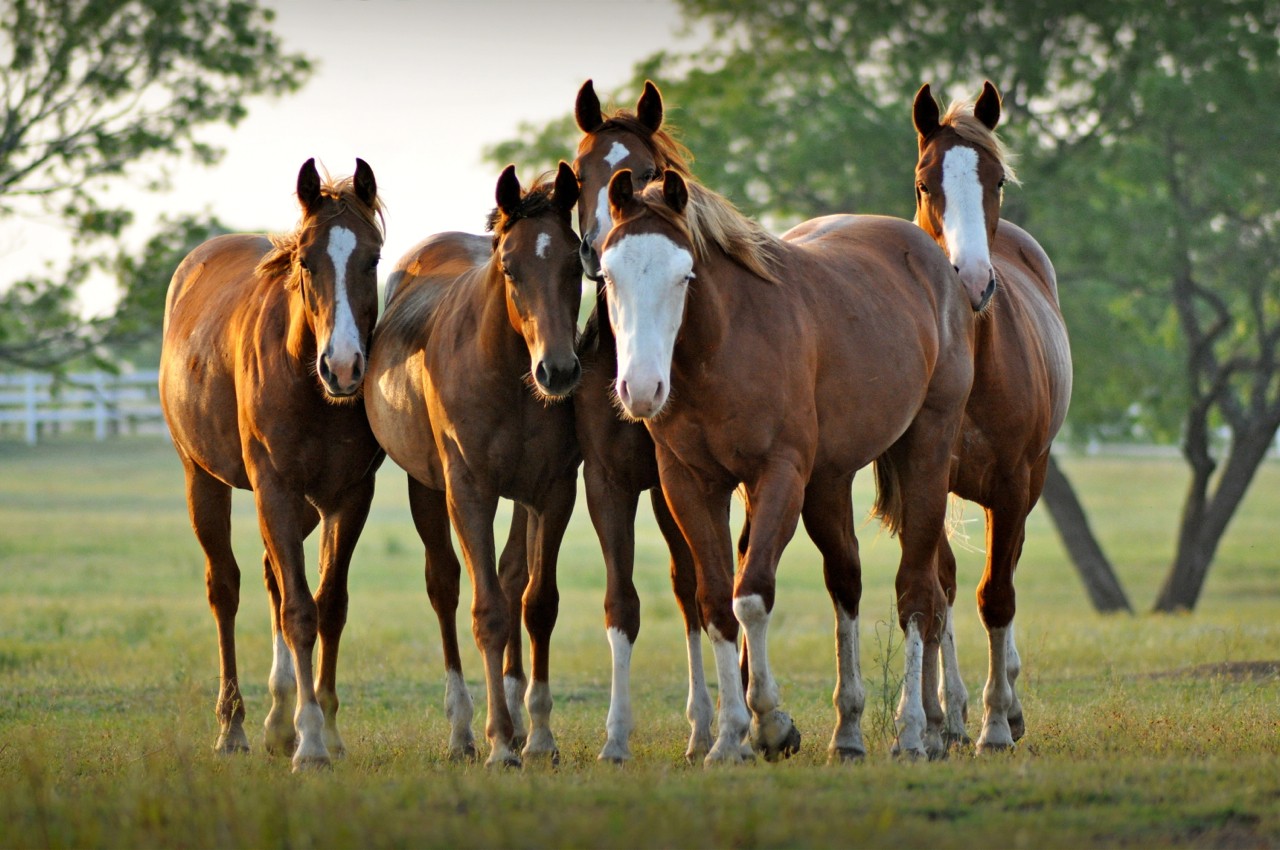 No pasture-cruising golf cart is safe from the yearling colts. They look innocent but like to cause trouble. In their adolescent phase, they chase each other, practice stallion-fighting, play in the mud, itch bark off of trees, run as a herd, and maul any vehicle that enters their pasture.

Once when Barb and I got out of the golf cart to look at the colts, they immediately removed the seat and threw it on the ground. If you don’t pocket they key, they’ll steal that, too, along with your water bottle and camera case. They’ll chew plastic, upholstery, shoelaces and sweatshirts, the end of your belt if you let them. (The girls at this age are nicer snugglers than the boys.)

Barb is the ranch’s breeding manager. She pairs the foals when they’re still on their mothers’ sides, so they each have a buddy before they enter the big mare-and-foal pasture’s chaotic social scene. She weans them in pairs, too, and they stay friends. You’ll see the same ones hanging out together as yearlings.

I took these next few pictures early this spring, when the boys were still scruffy from the Texas winter. They’ve grown since then; when some sell at auction this fall, they’ll look show-horse polished. 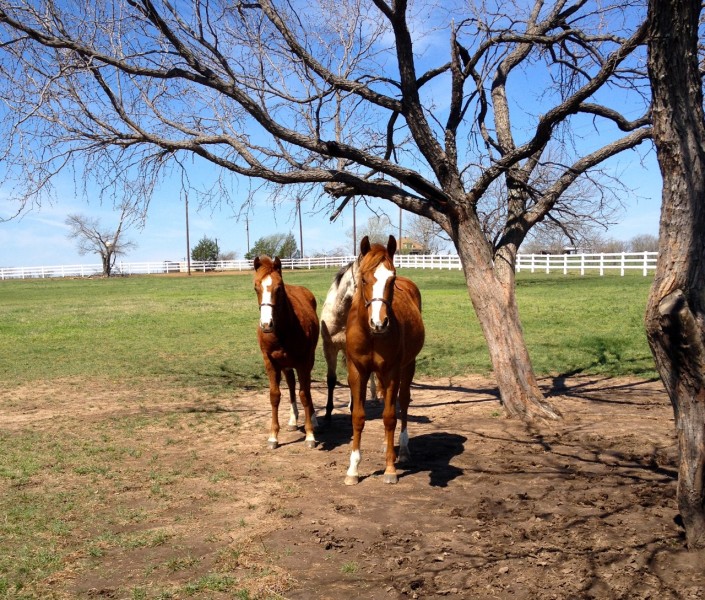 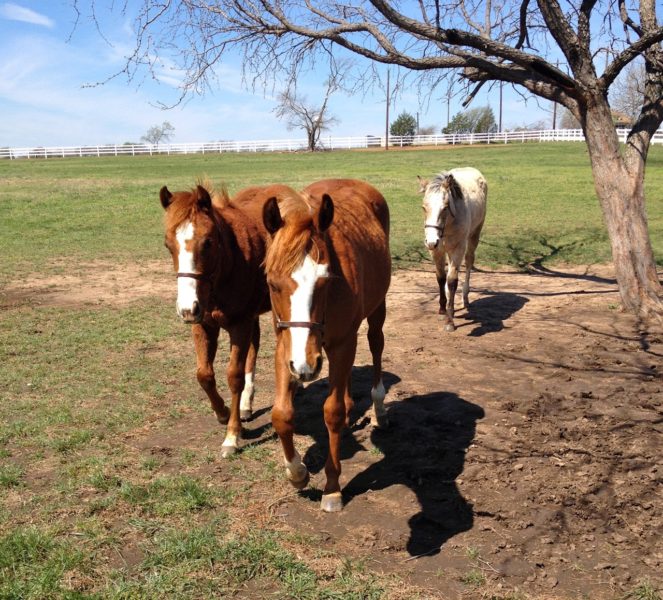 Coming over to visit 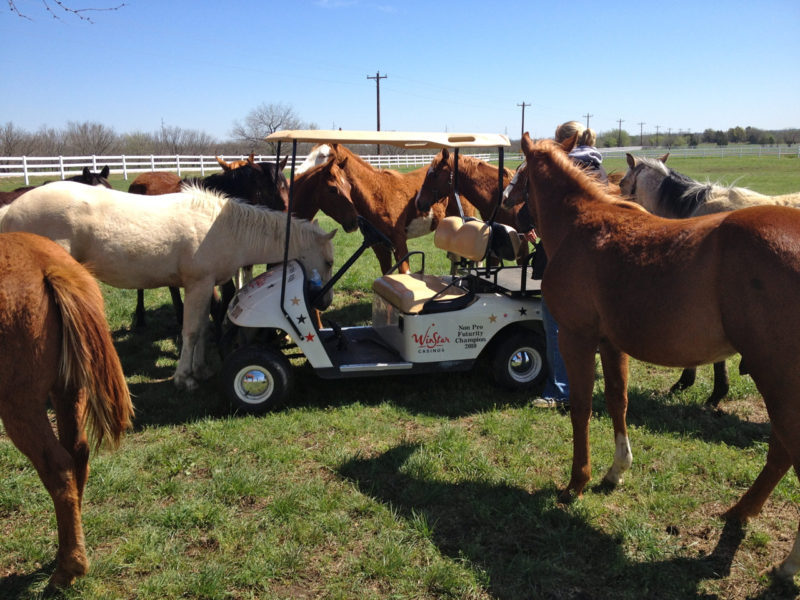 The palomino wants to drive 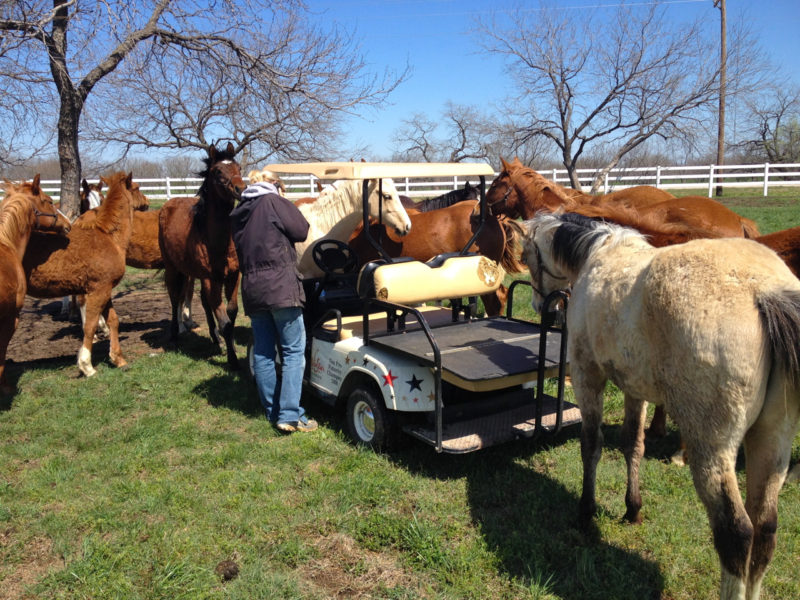 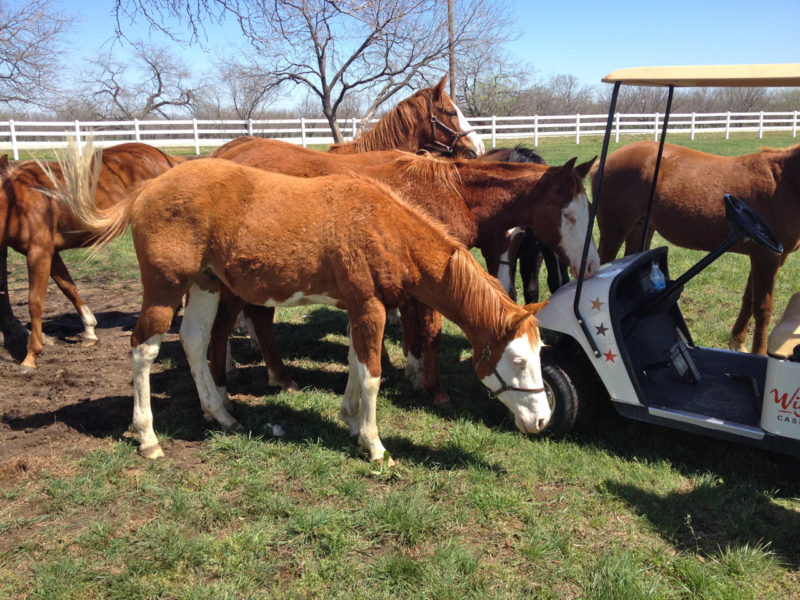 A son of the late, great sire Gunner 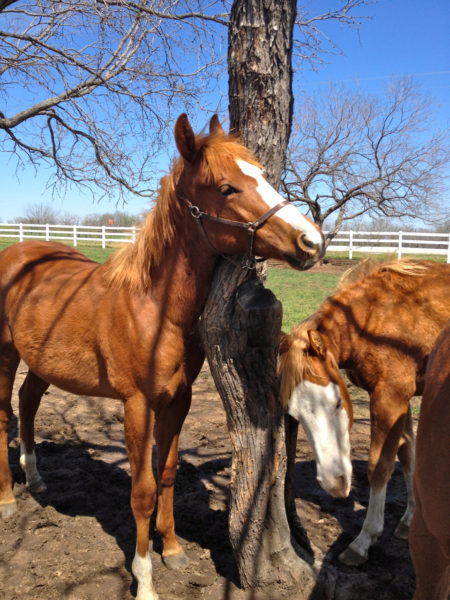 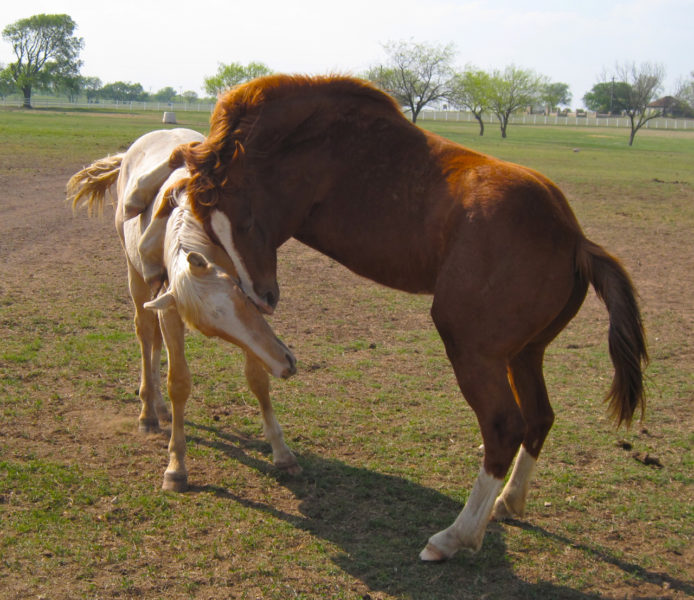 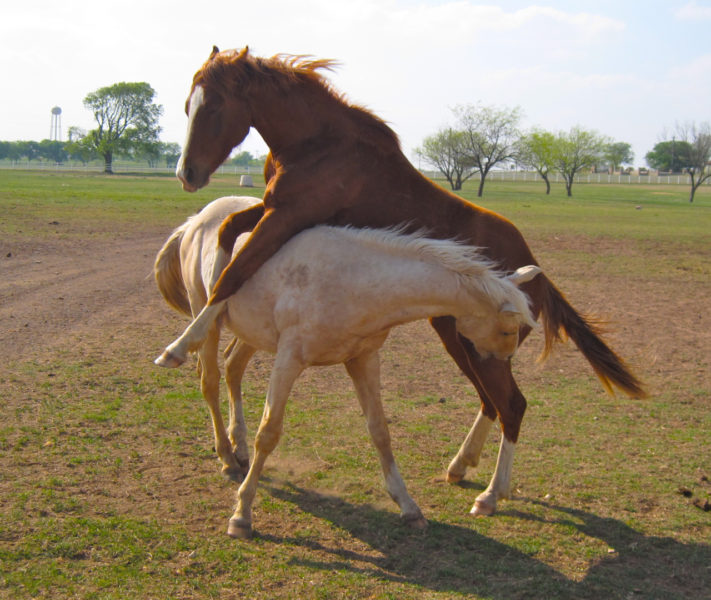 Wendy, our ad designer, got some great pictures last year of the boys being boys. (The feature photo is hers, too.) Now these colts are two-year-olds, in training under saddle. 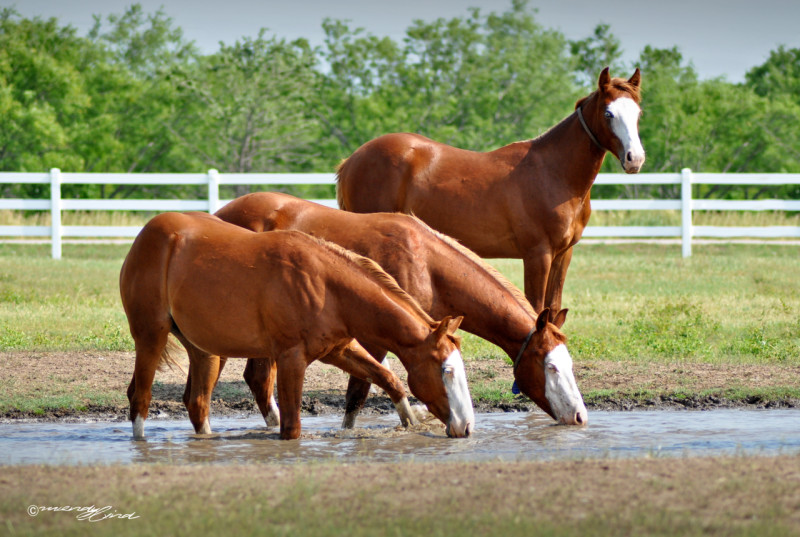 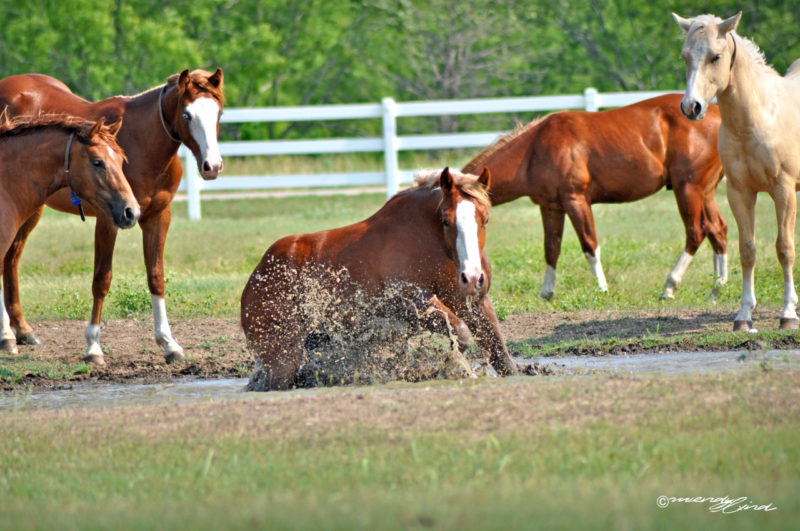 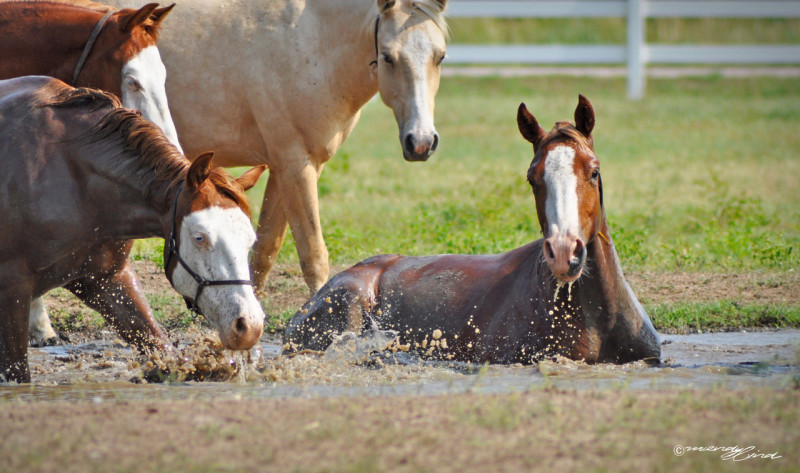 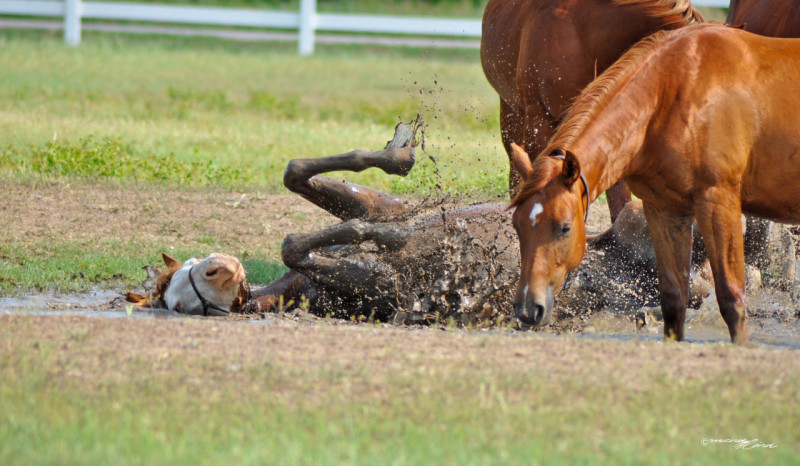 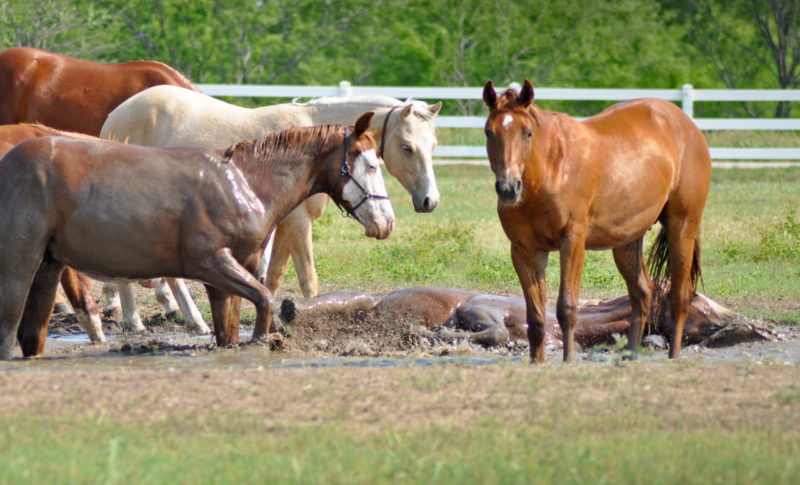 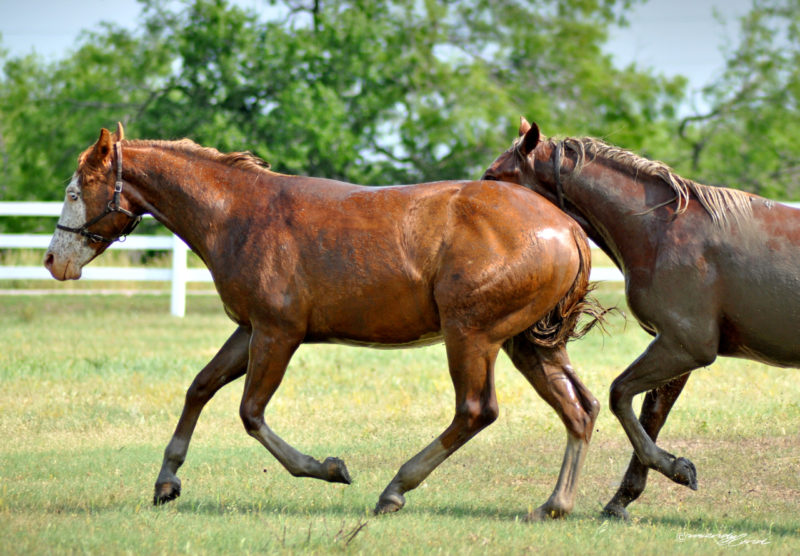 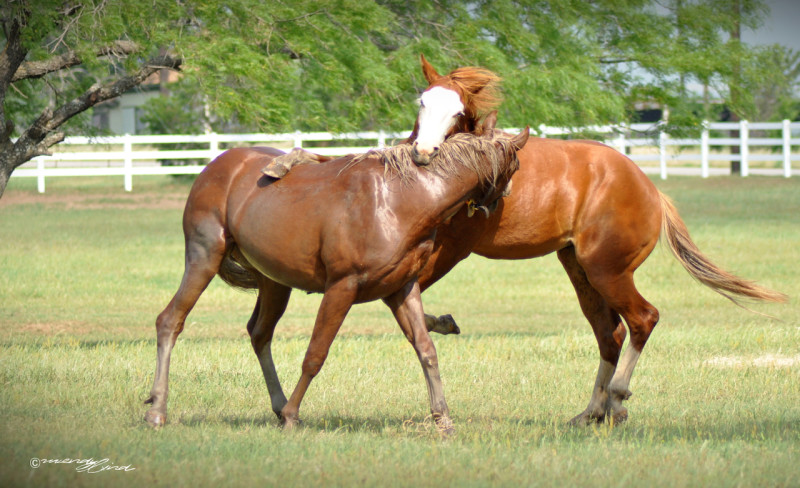 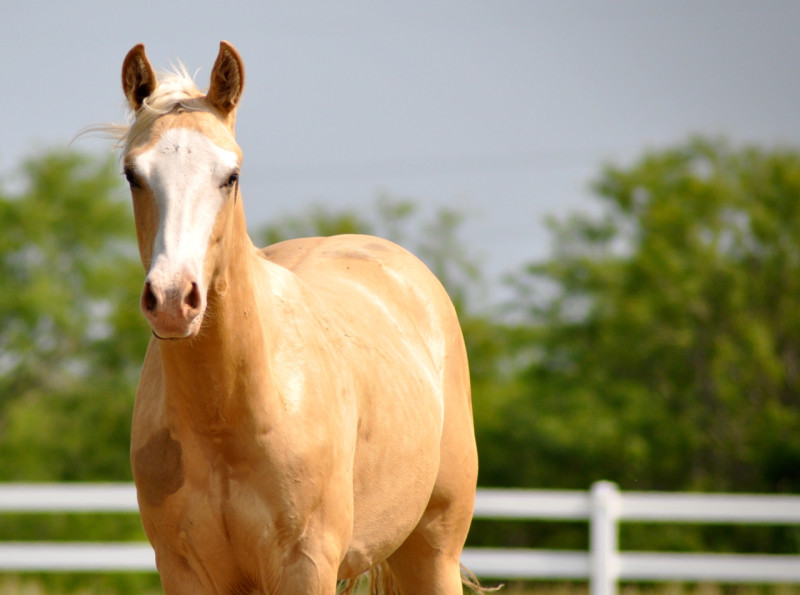 Sunglasses At Nite, palomino colt by Gunners Special Nite and out of Chexy Dun It (Photo: Wendy Lind) 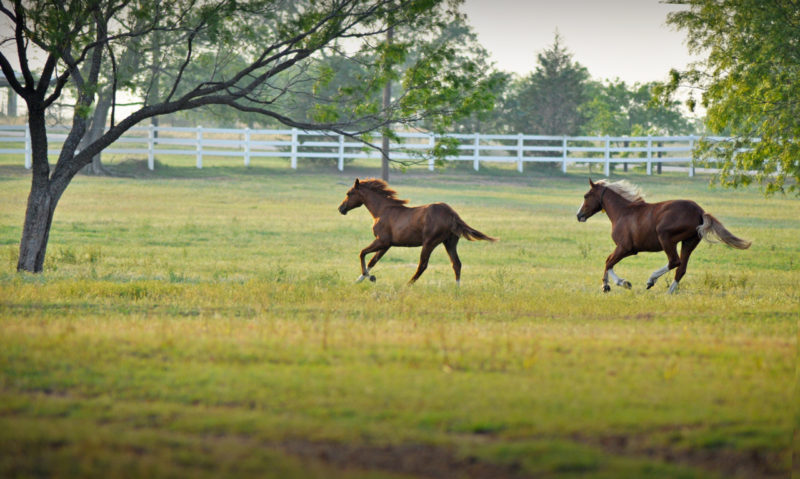 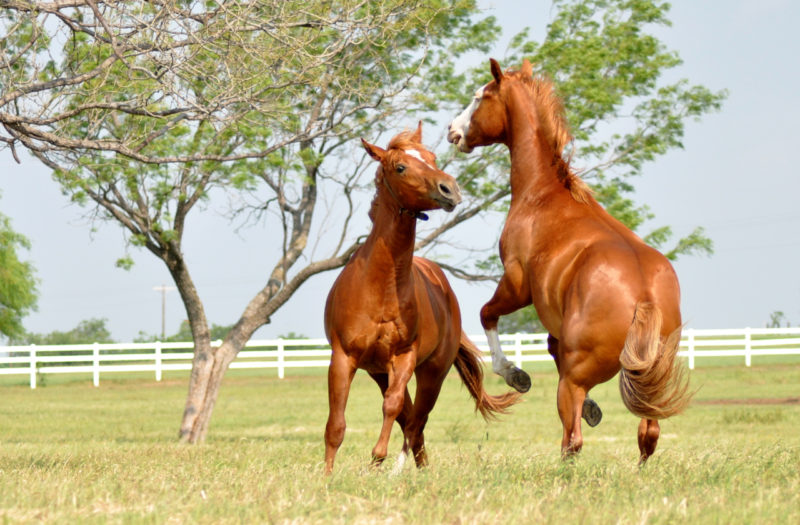 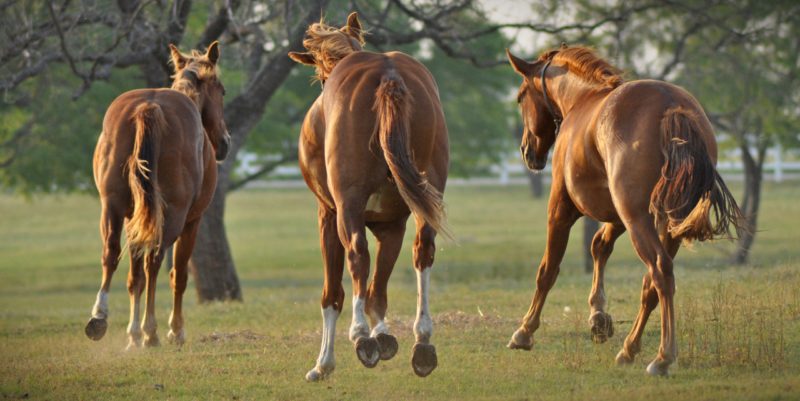