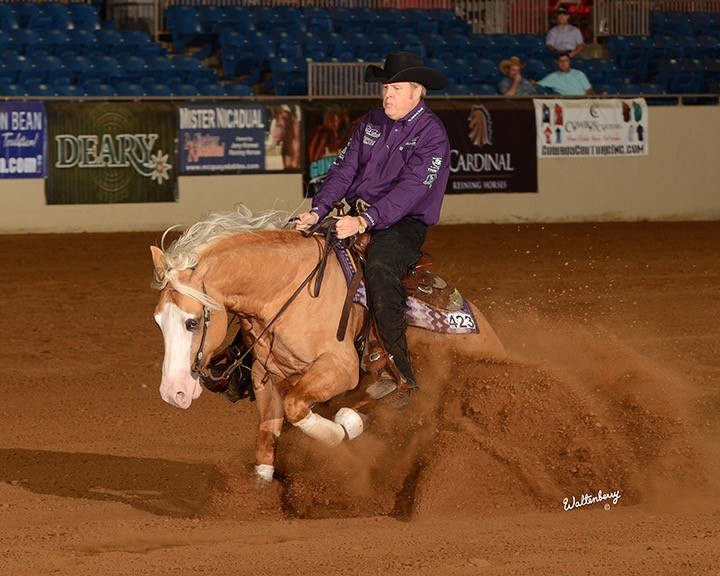 It’s one of the first major stops on the Futurity tour, another big moment for our stallion, Gunners Special Nite, whose offspring are just starting to compete. This is the stuff we’ve been waiting for these last four years. He bred 150 mares the year after he won the World Equestrian Games. And now those offspring are starting to appear at shows.

Tom came close to winning again on our palomino, Sunglasses At Nite (feature photo), but a trot step coming out of a rollback dropped him to seventh place. Then to wrap up the week, Tom won the Open Derby on our five-year-old gelding The Wizster. We bought this horse as a three-year-old. He’s a rare extraordinary talent—but sensitive and a little tricky, a worrier. Tom’s brought him along carefully and this was his best run yet—a decisive win.

And Gunners Special Nite’s offspring taking the show in style: 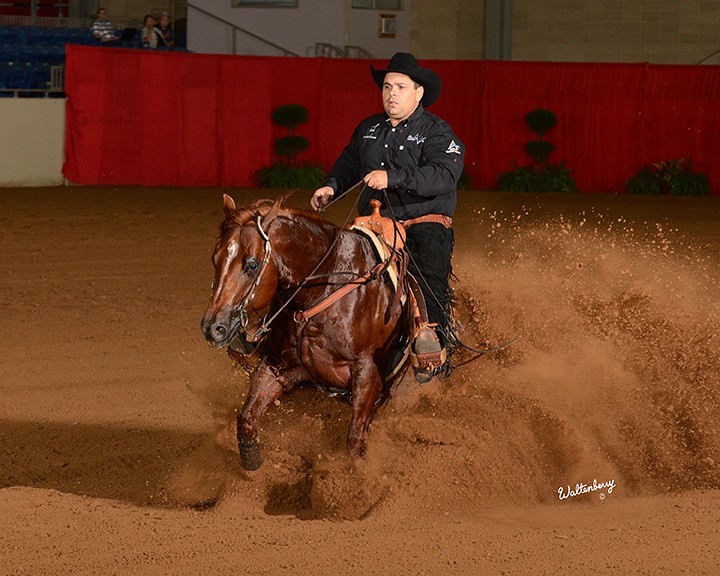 Both of Mandy’s mares, “Dora” and “Maya,” are out of our girl Darlins Not Painted, World Reining Finals Champion and earner of almost $200,000 in prize money: 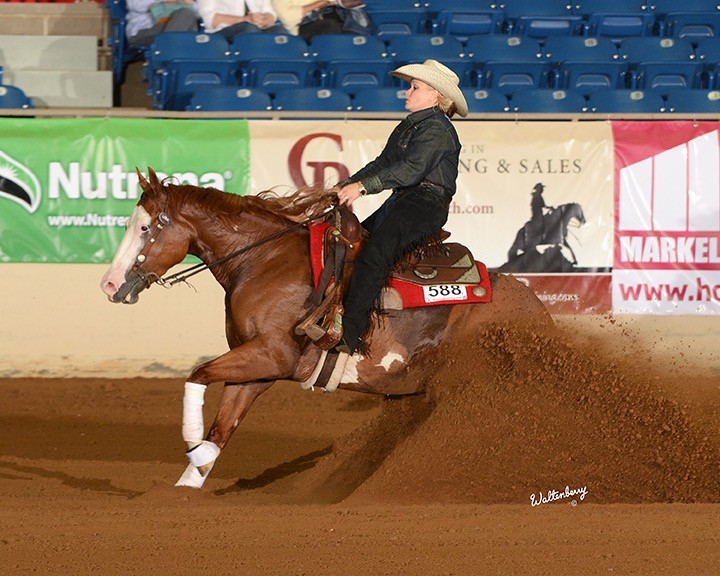 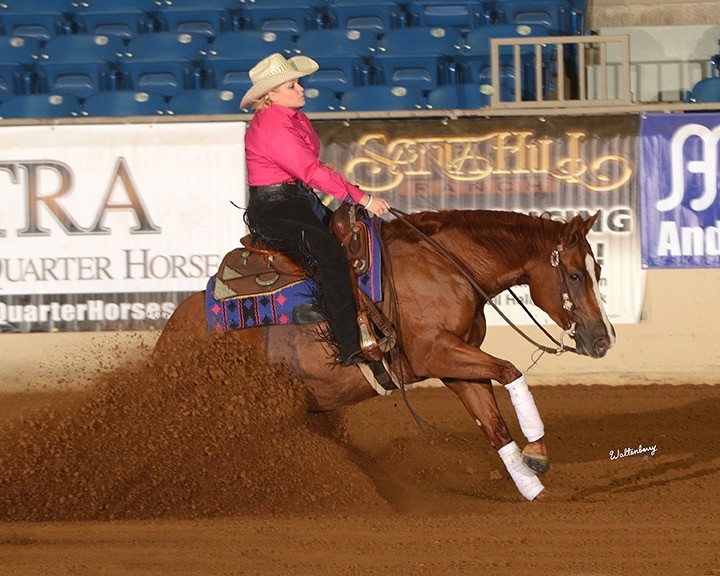 Mandy with Maya and Dora after their wins: 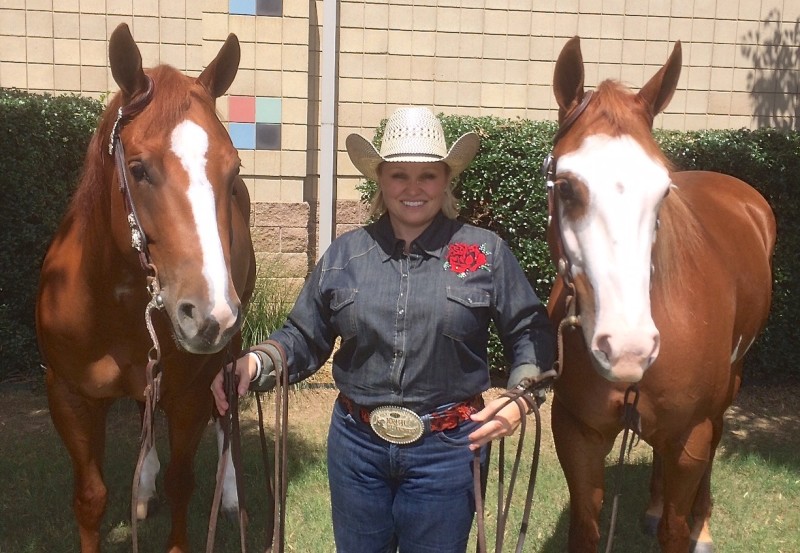