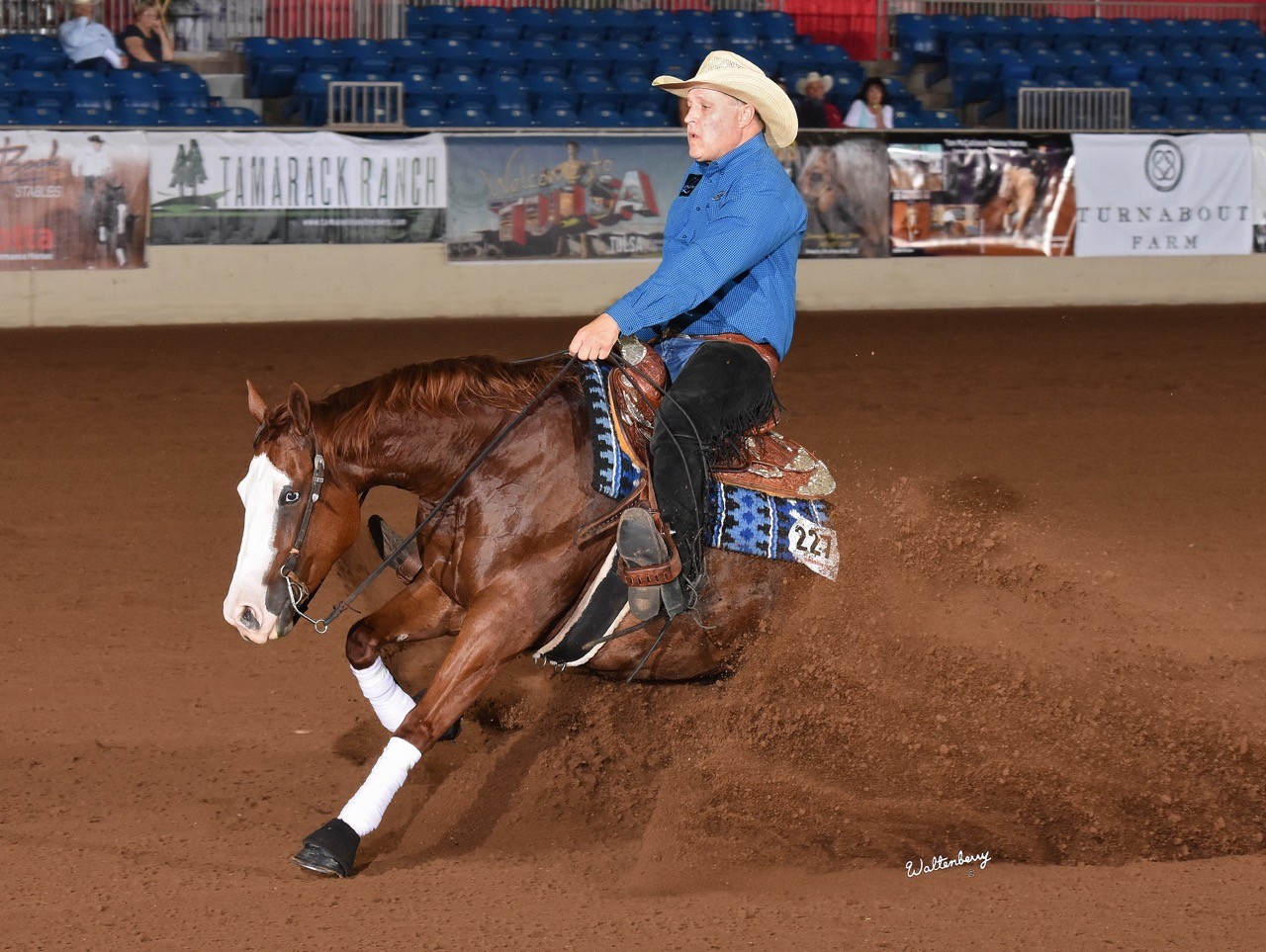 As the dust settles from a week of fantastic good things, what I can say is this: the stars aligned for Turnabout Farm at this year’s Tulsa Reining Classic. Horses we bred dominated the feature events, winning the Non Pro Derby, Non Pro Futurity, and Open Futurity; and our stallion, Gunners Special Nite, crossed the Two Million Dollar Sire mark, a milestone only seventeen other stallions have reached in the history of the sport.

It gives me chills: only seventeen other sires, ever. And it took our boy only a year to get from one million to two.

That Two Million Dollar Sire milestone, in other words, is a measure of offspring earnings. Gunners Special Nite won double gold at the World Equestrian Games in 2010, and now his offspring are carrying on his athleticism and fabulous show-horse mind. The challenge and risk and art of breeding is you never really know what traits a sire will pass along until you see his offspring grow up. Ditto for the mares, of course: you have to study the bloodlines, understand your mares’ characteristics and how they might cross with the stallion’s, and then use your horseman’s instinct and hope for some luck.

We’re a relatively small-scale breeder, in terms of the foals we raise out of our own mares. (Gunners Special Nite breeds over a hundred mares a year, but only a few of those are ours.) So to see his offspring out of our mares win all those classes was an against-the-odds kind of thrill. Tough to tear myself away from that live video feed once I knew one of ours was in the lead—and let me tell you, it takes forever to run a reining class of 100-ish entries. My normal daily activities—such as responding to calls and emails, making food, eating food, sleeping when it gets dark—pretty much ground to a halt while all this was going on. Ah, the nail-biting adventure of the horse business!

Congrats to the owners, riders and trainers of these winners. Here they are, a lineup of white-faced sorrels who can slide a mile, like their daddy… (And you can see here the sweet, folksy reiner tradition of inviting a whole bunch of friends into your win photo. Also note: these futurity horses are only three years old and just learning how to horse-show; so you’re allowed to ride two-handed, as Madison does below.) 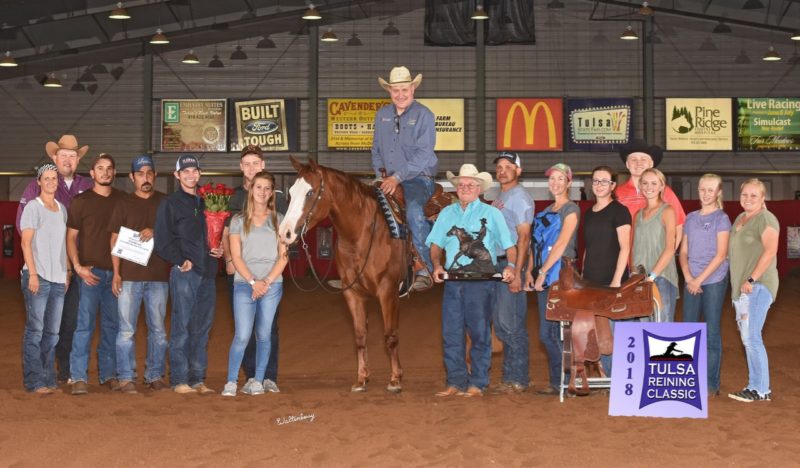 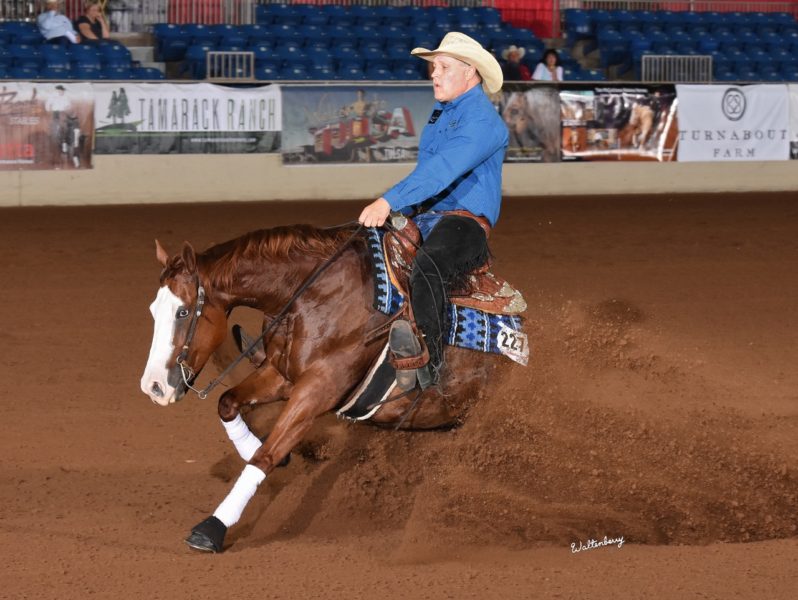 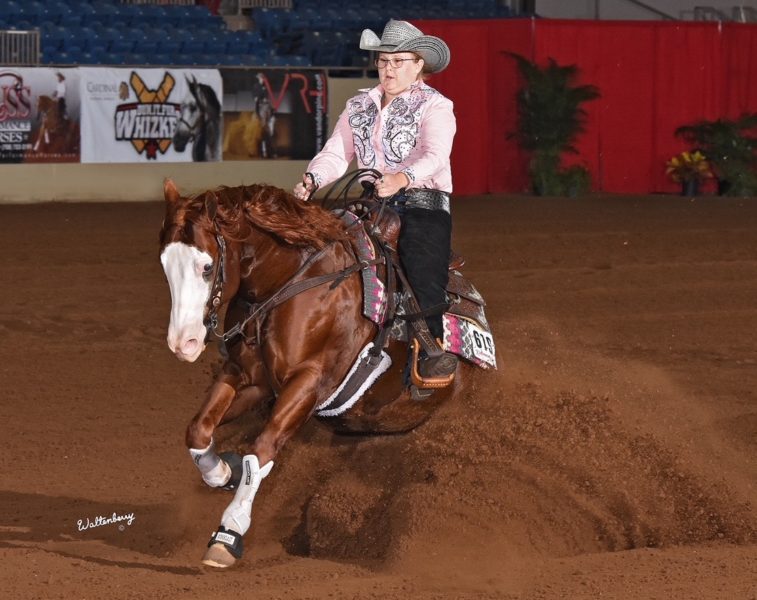 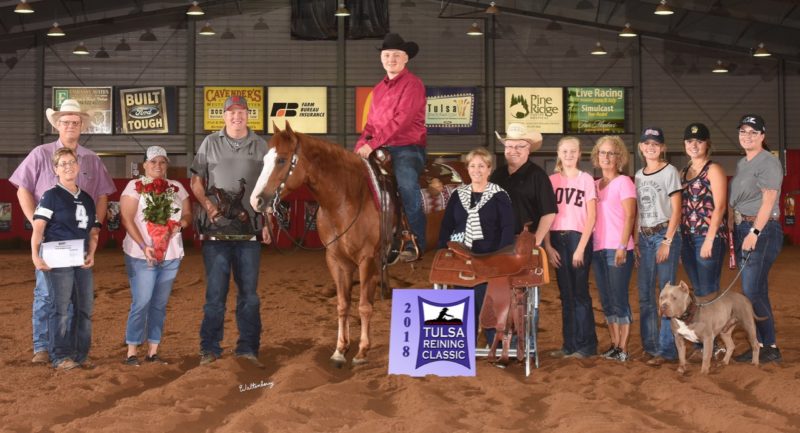 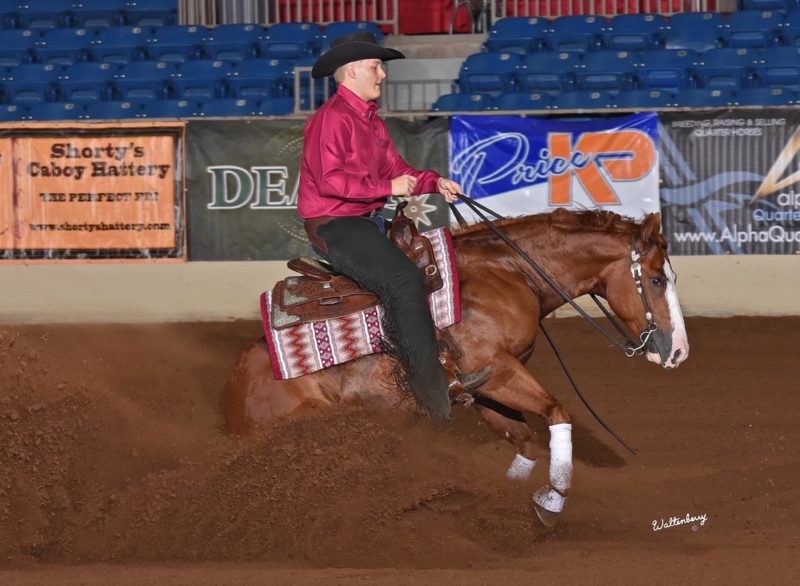